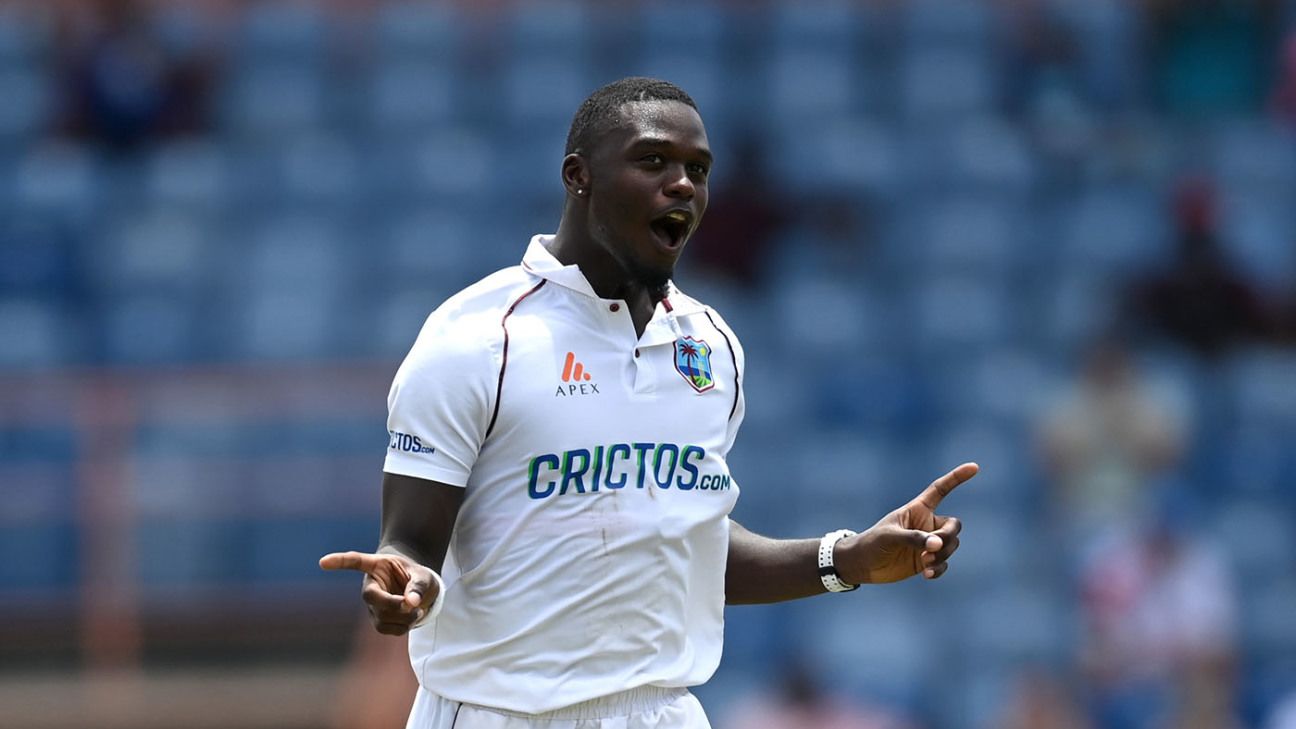 Jayden Seales, the young West Indies fast bowler, will join Sussex or the first three months of their 2023 season.

The 21-year-old Seales will be available for both Championship and T20 matches from April.

On his Test debut at the age of 19, against South Africa in June 2021, Seales made an immediate impact with three wickets at an economy rate of 3.57 from his 21 overs.

He has now played nine Tests, taking 36 wickets at an average of 21.77 with best figures of 5 for 55 against Pakistan in August last year, which made him the youngest West Indies bowler to take a five-wicket haul in Tests.

In his home three-Test series against England last March – which West Indies won 1-0 – Seales took 11 wickets, joint highest with Kemar Roach and Jack Leach and including 4 for 79 in the first innings of the drawn first Test.

Seales is uncapped in T20Is but has proved to be effective in the Powerplay and death overs during his time with Trinbago Knight Riders in the CPL and at the LPL with Jaffna Kings. Seales was the most prolific seamer of LPL 2021, with 15 wickets in seven matches at an economy rate of 7.81.

“As a young fast-bowler, I want to expose myself to as many different conditions and challenges as possible,” Seales said. “I can’t wait to test myself in England and hopefully contribute to a winning start for Sussex in both Championship and T20 cricket.”

“Those who have played against him and seen him at close quarters have been impressed by his skills and appetite for bowling,” Greenfield said. “He has certainly started impressively in Test cricket, and it is also great that he wants to play County cricket and knows how important it can be for him going forward.”