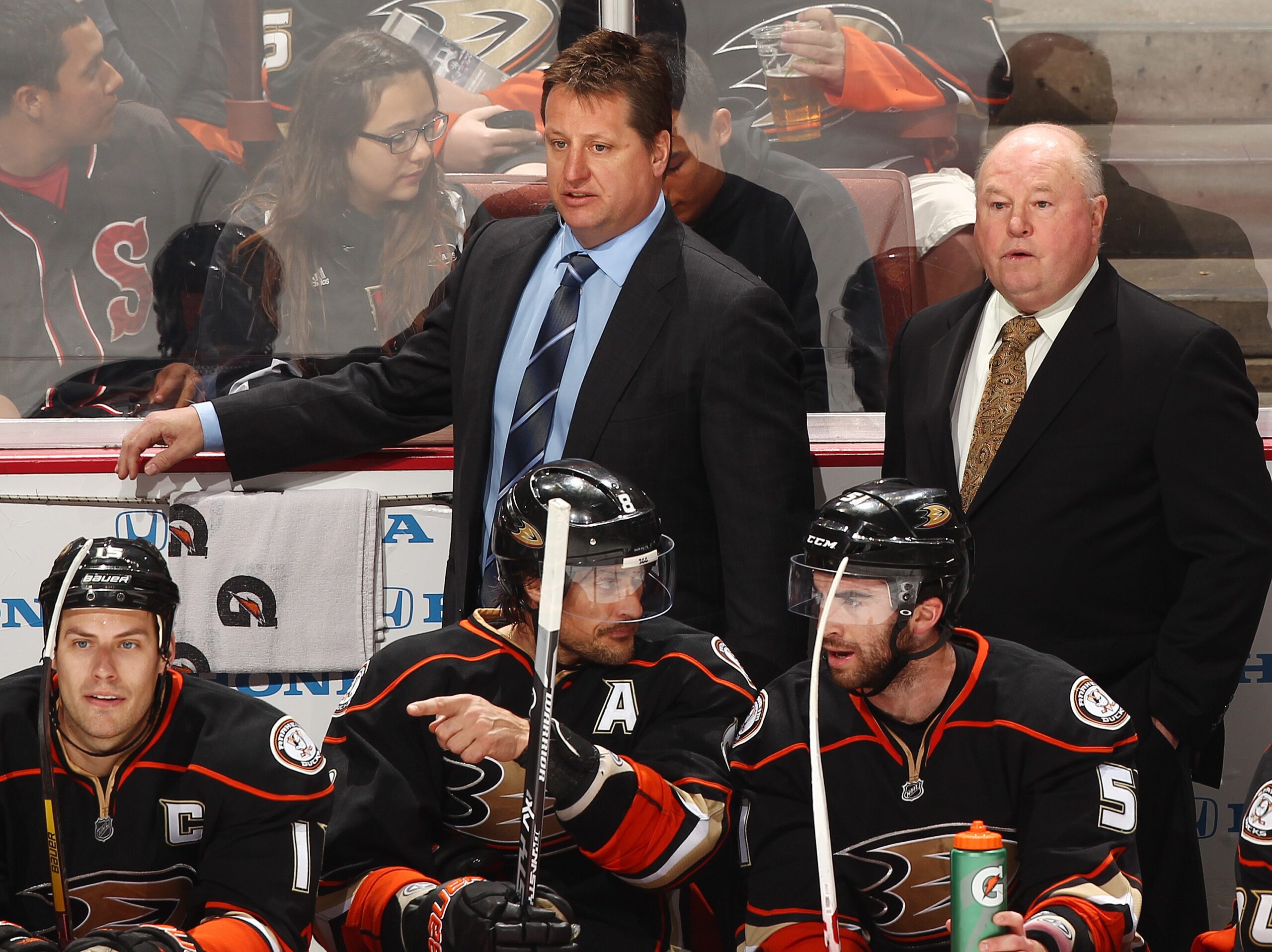 The Winnipeg Jets rounded out their revamped coaching staff last week, bringing Brad Lauer and Marty Johnston on board as assistant coaches.

Both new hires have quite a bit of coaching experience at a variety of levels. Here, we’ll take a look at each man’s history and the paths they took to joining newly-minted head coach Rick Bowness and associate coach Scott Arniel in the monumental task of getting a struggling and fractured Jets’ team back to respectability.

Lauer has plenty of experience working with young players. In addition to his time with the Oil Kings, he served as an assistant coach with the Kootenay Ice from 2002 through 2007.

He is not green, though, as far as working with NHLers. He’s worked as an assistant coach for three different organizations: the Ottawa Senators (2009-2011,) Anaheim Ducks (2012-2015,) and the Tampa Bay Lightning (2016-2018.) He and Bowness coached together for two years in the latter organization, so there’s a familiarity factor there. He also spent time with the AHL’s Milwaukee Admirals and Syracuse Crunch as an assistant.

Prior to his coaching career, Lauer had a journeyman playing career in the NHL, IHL, and Britain between 1986 and 2002. Originally drafted 34th overall by the New York Islanders in 1985, the left-shooting left-winger suited up for 323 NHL games between the Islanders, Chicago Blackhawks, Senators, and Pittsburgh Penguins, amassing 111 points. He also played in 609 IHL games, amassing a further 548 points.

Johnston Jumps from Moose to Jets

While Bowness and Arniel both have past connections to the True North organization and/or the Jets’ 1.0 era, they’re still somewhat of “outsiders,” and Lauer is a total one. Marty Johnston, however, is not. Part of his duties in his first NHL coaching role will be to provide his fellow coaches with valuable insights on how the organization is currently.

True North likes to promote from within and Johnston is just the latest to reap the reward of their loyalty: the 43 year old has served as an assistant coach for the Manitoba Moose for the past five seasons and worked with Jets mainstays Kyle Connor and Josh Morrissey in their younger days.

Some of his best work with the Moose came last season alongside new head coach Mark Morrison. The AHL affiliate was often quite transient due to call-ups, COVID absences, and injuries, and relied on a revolving door of ECHL players and guys on PTOs. Despite that, owing to their strong culture and tenacious mentality, they just kept winning, finishing 41-27-7 and qualifying for the postseason for the first time since 2017-18.

Prior to joining the Moose in 2017, the Gloucester, Ontario, born Johnston served as the head coach of Carleton Ravens U Sports men’s hockey program for seven seasons, coaching them to a 129-49-12 record.

Johnston had a professional playing career, but it was not long. He played 177 ECHL games for four teams between 2202 and 2004 and a season with the Edinburgh Capitals in 2004-05.  Before turning pro, he spent three seasons with the QMJHL’s Hull Olympiques — winning the memorial cup in 1997 — and three seasons at Dalhousie University.

Jets’ GM Kevin Cheveldayoff has made few moves this offseason and no major ones, so the 2022-23 team will look much the same as the 2021-22 edition that continually underachieved and finished well out of the playoff picture.

By “running it back,” True North is gambling that Bowness, Arniel, Lauer, and Johnston will be able to get much more out of a flawed-but-talented club than Paul Maurice, Dave Lowry, and former assistants Charlie Huddy and Jamie Kompon ever could.

The new regime has massive challenges ahead: to sort out the egos, to fix the locker room culture, and to deal with the players who no longer seem interested in playing in Winnipeg on perhaps shouldn’t be. Only time will tell if these men are up to the task.

Declan Schroeder is a 27-year-old communications specialist and freelance journalist in Winnipeg, Manitoba. He holds a diploma in Creative Communications with a major in journalism from Red River College and a bachelors in Rhetoric and Communications from the University of Winnipeg.

Deeply rooted in the city’s hockey culture, the original Jets skipped town when he was two and the 2.0 version came onto the scene when he was 17.