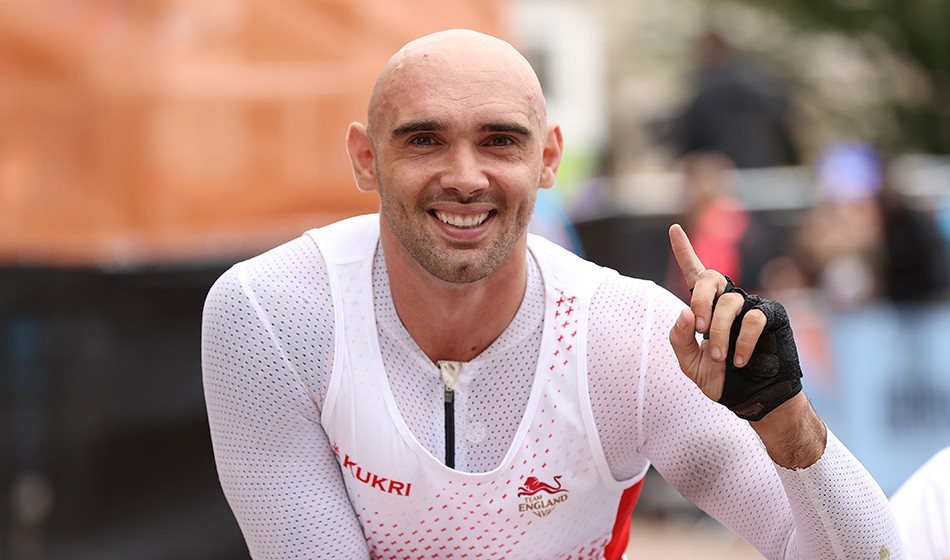 Wheelchair racer was shot in a case of mistaken identity as a 16-year-old, has trained in garage with leaky roof and is now Commonwealth champion

Johnboy Smith’s journey to gold in the T53/T54 marathon on the streets of Birmingham is one of repeatedly overcoming adversity.

You’ll find it hard to discover a more deserving gold medal at the 2022 Commonwealth Games.

At the age of 16, Smith was shot in the back by a gamekeeper when walking his dog and paralysed from a spinal injury, in a case of mistaken identity. The gamekeeper thought he was a poacher.

Smith had boxed since the age of two but during a six-month rehabilitation at Stoke Mandeville Hospital he decided on a career change and took up bodybuilding and powerlifting.

Then came the 2012 Paralympic Games which changed his perspective on life. Smith first took up javelin before a visit to the David Weir Academy after Rio 2016 inspired him to do wheelchair racing.

It was fitting that Smith battled Weir for the Commonwealth gold medal in Birmingham, the latter falling back to seventh after suffering a puncture between 30km and 35km in the race.

“I haven’t got a gym membership and I train in a single garage at the back of my garden with a leaky roof and a set of rusty dumbbells.”

Smith crossed the line to the cheers of thousands which lined the barriers around Victoria Square and clocked 1:41:15, a slow time for a wheelchair race but a respectable one on a tough course with many uphill areas.

“Let me tell you something, London 2012 inspired me,” an emotional Smith said. “I come from a working class background. I haven’t got a gym membership and train in a single garage at the back of my garden with a leaky roof and a set of rusty dumbbells.

“He [David Weir] was a machine. He dropped me five miles in and I was slowly gaining him. I don’t know what would’ve happened at the finish and we could’ve both beaten each other.

“I think I’ve set the bar high for Team England! I’ve just come out of a hard 10-week training block and we practiced the twists and turns and the ups and downs.

“We had a plan and a great strong team behind me. I told my wife [Kerri] that I was going to win gold and only told a couple of people as you don’t want to come across as big headed. As the great John Wayne said ‘I’m made of pig iron and steel’. I still haven’t quite taken it all in yet to say I’m a gold medallist.”

Smith had prepared for this race for 16 months and after Commonwealth silver on the streets of Gold Coast in 2018 this is a sign that hard work pays off. The fact that a lot of that graft occurred in his garage with equipment that isn’t desiring is pretty inspiring.

He couldn’t afford to buy another wheelchair but through the charitable work of Light and Life Church, he had a £10,000 piece of equipment that gave him the best possible shot of glory at a home championships. That dream came true.

For Weir, it was a case of what could’ve been. The six-time Paralympic and world champion hit the front hard from the off and without the puncture would’ve easily won his second medal after gold in the T53/T54 1500m at Glasgow 2014.

“I’m feeling despair and I’ve never felt despair in a race before,” a distraught Weir said. “By coincidence, I was talking with my wife the other day and I said that if I had a big lead I could even afford to change a tyre. In the end I decided not to carry a spare… I should have gone with my gut instinct [before I punctured] I was flying. Where I’ve come from, on a council estate, I don’t give up.”

Scotland’s Sean Frame won silver but was a distant second to Smith in 1:45:49 while England’s Simon Lawson claimed bronze in 1:45:59.

In the women’s T53/T54 marathon, double Paralympic champion Madison de Rozario replicated success at her home Commonwealth Games from four years ago as she was way too good for the rest of the field, winning by three minutes in 1:56:00 to England’s Eden Rainbow-Cooper. Shelly Oxley-Woods picked up the bronze.

History for Uganda while it’s third time lucky for Stenson

Victor Kiplangat made history for Uganda as he won their first ever medal in the marathon at a Commonwealth Games in 2:10:55, even though he got lost on the course towards the end.

Kiplangat didn’t break Ian Thompson’s Commonwealth record of 2:09:12 from 1974 but his victory was more than enough to secure him a place in the record books. Australia’s Liam Adams had led from the start to 25km and crossed the mark in 1:17:01. Afterwards, Kiplangat kicked and wasn’t going to be caught.

“I believe Uganda is proud of me today, we have been waiting for this,” the Ugandan said. “We shall keep breaking records. As long as we are healthy, everything is possible. I’m still young and still growing. I believe I can be even better.”

Jonny Mellor was the highest placed Brit and finished sixth in 2:15:31. He told AW that it was the toughest marathon course he’s ever competed on.

It’s gold for Uganda as Victor Kiplangat – who went the wrong way on one part of the circuit – wins the men’s marathon in 2:10:55 🇺🇬

The first Commonwealth gold in the men’s marathon for Uganda. #B2022 pic.twitter.com/z5ZgC9vCAj

Australia’s Jessica Stenson made it third time lucky in the Commonwealth marathon after two bronzes at Glasgow 2014 and Gold Coast 2018. Like Shelly-Ann Fraser-Pryce and Faith Kipyegon she has had her greatest career moment after becoming a mum.

The 34-year-old marathon veteran couldn’t hide her delight as she crossed the finish line to rapturous noise in Birmingham and greeted fellow Aussies Eloise Wellings and Sinead Diver among the crowd.

It was a richly deserved victory for Stenson who represented Australia at both the 2012 and 2016 Olympics. She suffered a stress fracture in her femur earlier on in the year and was out for seven weeks so this is quite the recovery.

Stenson led after 10km and although the lead switched a couple of times during the race the victory was a formality. 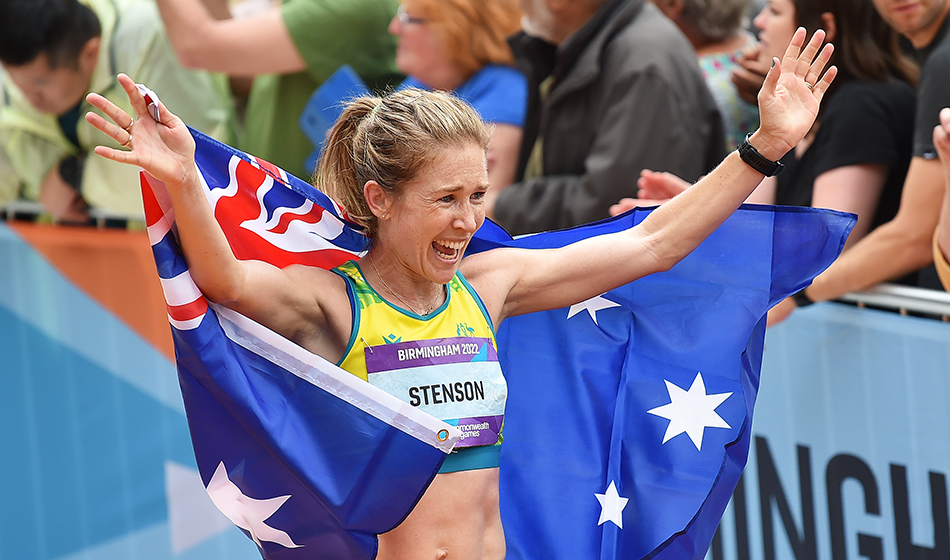 Georgina Schwiening was the fastest Brit and finished 11th in 2:40:09.