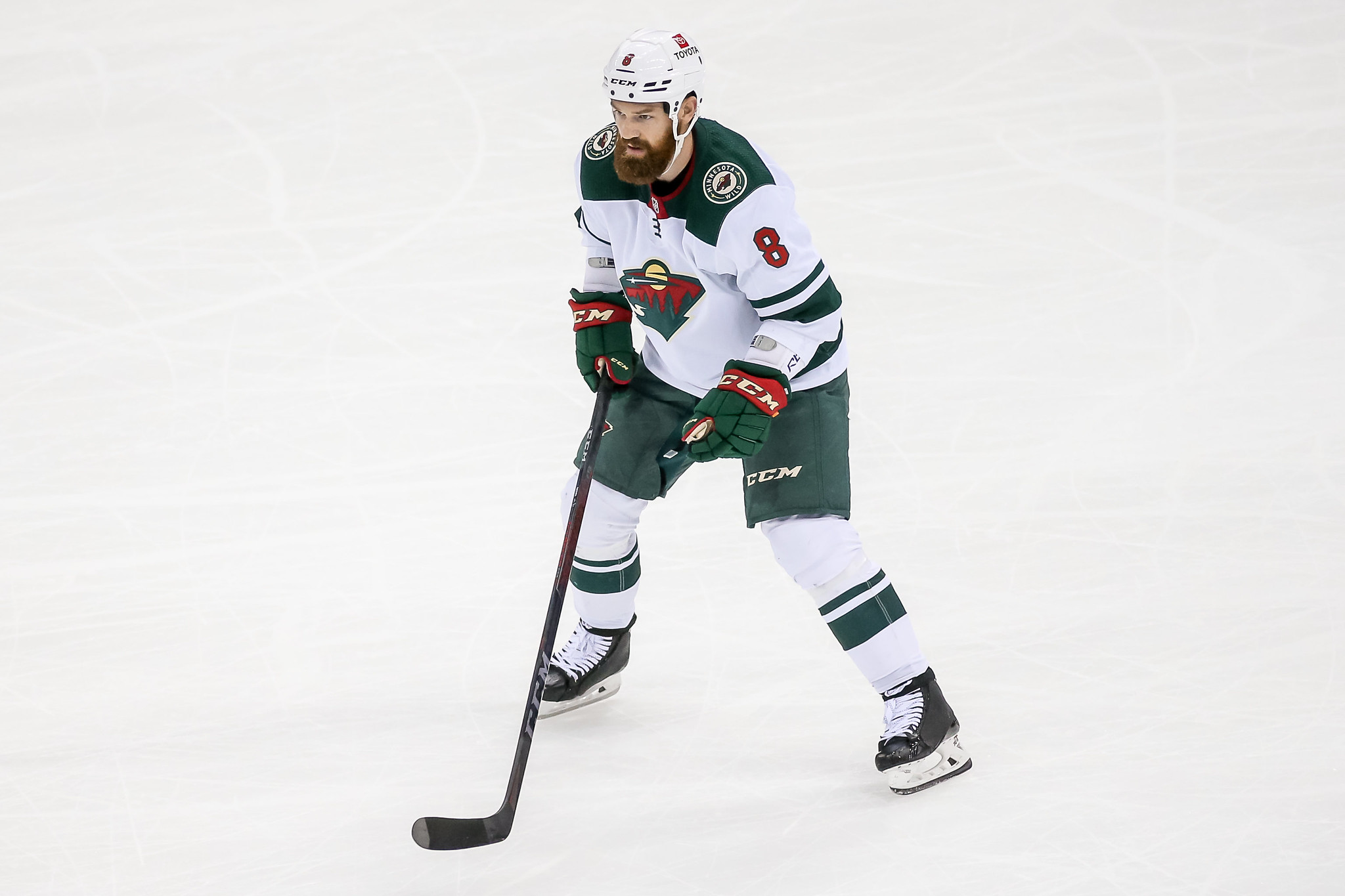 The final Minnesota Wild defensemen that need grades didn’t play a lot throughout the season, as they were mostly fill-in players and called on when needed, Jordie Benn and Calen Addison. Benn’s been around the league with several teams but most notably was his time with the Dallas Stars, where his younger brother Jamie currently calls home. However, Jamie plays wing while Jordie resides on the blue line. As for Addison, this was his second season with the Wild.

Benn played in 39 games for the Wild and appeared to not miss any of the other 43 games due to injury. Instead, he was a healthy scratch which tends to happen when there are no open spots. The same can be said for Addison who played in just 15 games for the Wild, as he spent the majority of his time with the Iowa Wild but was able to get a small feel of the NHL, where he seemed to adjust well.

Benn has never been a big goal scorer, the most points he ever tallied in a season was 22 back in 2018-19, so the Wild knew what they were getting from the start when they signed him. That also may be why many Wild fans questioned the acquisition when they signed him in August of 2021. Clearly, he didn’t have a lot of time to showcase his talent this season but he did score a goal and seven assists for eight points in his 39 games, along with 37 shots on goal.

It may be hard to believe, but Benn was just outside the top 10 on the team when it came to blocked shots. He blocked 41 shots and was just one away from tying teammate Marcus Foligno who had 42. While his blocked shots were impressive, so was the number of hits he delivered, as he threw 51 in 39 games and nearly caught the hit master, Nicolas Deslauriers who had 53 in 20 games.

As for Addison, he was noticed when he scored a couple of goals and assisted on a couple of others for four points in 15 games because a rookie defenseman scoring goals is always something to get excited about. When the Wild’s defense was struggling with injuries, he was brought in to relieve some of the pressure and he did just that.

Addison was lower in the hit department with 12 in 15 games and he didn’t do the greatest with blocked shots either, as he had just six. The important thing to remember about him is that he’s still extremely young and has only played a total of 18 games in the NHL. He has plenty of time to learn and grow and most importantly, get better. He showed a lot of promise in just 15 games this season.

This section is quite short as both Benn and Addison did not record any time in this season’s playoff run for the Wild. It doesn’t really come as a surprise, as they had all their main defensemen playing and that left no room for them. Even Dmitry Kulikov and Alex Goligoski had to rotate roles just to get some playing time.

Is it fair to think with how the Wild’s postseason ended that they maybe should’ve thrown in Benn or Addison to change things up? Of course, it’s fair to think it should’ve happened, but it probably wouldn’t have. The Wild had all of their veteran defensemen in the lineup and no team is going to pull their veterans in the playoffs unless they get injured. The hard part is, that the Wild did have players who were playing hurt, but they weren’t going to come out of the lineup unless it was something they physically couldn’t bear.

The Wild were in a position where they had to go with their stronger veteran defensemen and unfortunately it didn’t work out. Ultimately, you can argue they should’ve done this or that, but in the end, they made the choice they thought would get them there, so Benn and Addison had to watch from the press box.

Both of these guys were rather hard to grade due to the fact they played so few games. However, they were able to record some points and some defensive stats as well and of course with Addison, it’s important to remember that he’s still a rookie. With all that being said, Benn’s grade is a C+, as he did okay defensively in the number of games he played but he had a lot of giveaways in those games as well and he also had a couple of costly mistakes where he was outhustled for the puck. He’ll need to improve his speed if he plans to play with any team in the future.

Benn is an unrestricted free agent and with the Wild’s current cap situation, it’s almost a guarantee that he will not be back. Switching to Addison, he’s still young and has a lot of potential, as far as a grade, in the little time he played, he earned a B+. He obviously has room to improve but he hasn’t done badly so far. Thankfully the Wild have one more season with him before they have to decide to re-sign him or let him go somewhere else. It’ll be fun to watch him progress next season and hopefully, he’ll get a chance to play in the postseason in 2023.