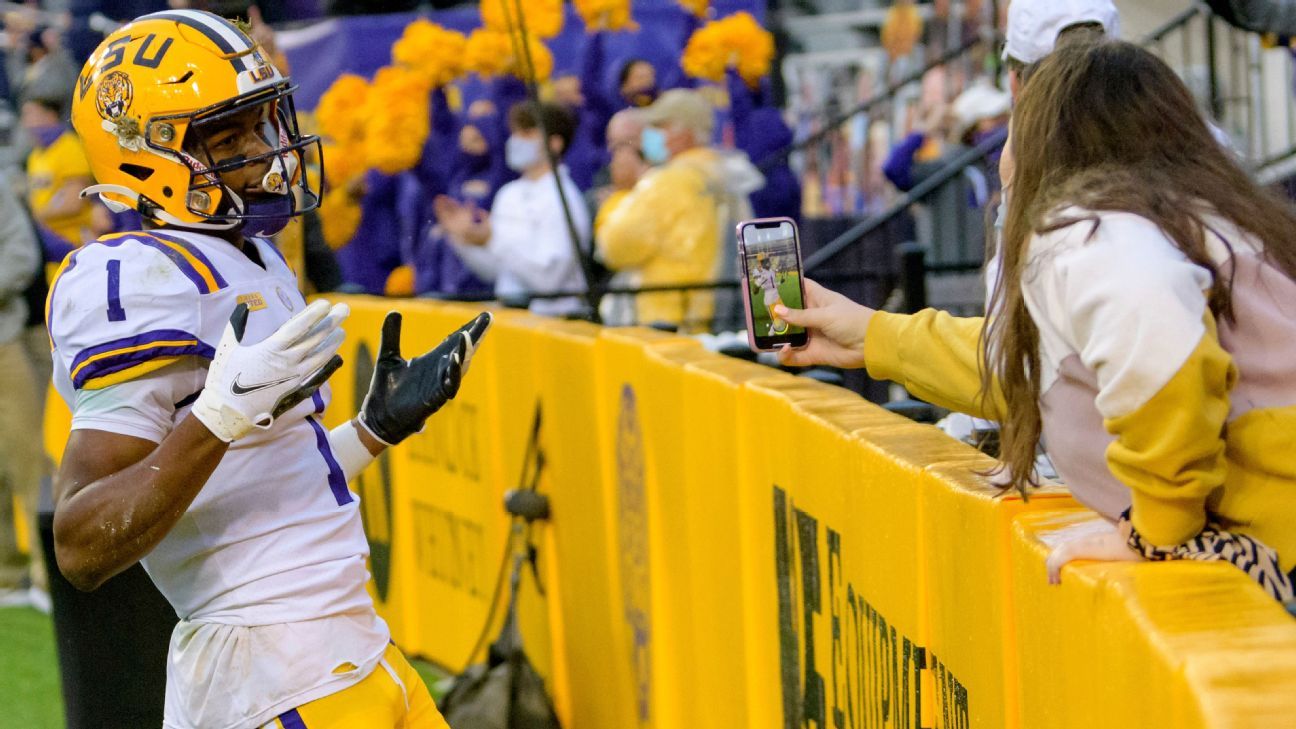 Citing a season that “fell short” of the goal of winning a national championship, LSU standout receiver Kayshon Boutte said Monday that he will return for his senior year.

ESPN’s Mel Kiper Jr. and Todd McShay both had Boutte as their fifth-ranked draft-eligible receiver.

Boutte burst onto the national stage late in his freshman year in 2020, scoring four of his five touchdowns in LSU’s final two games.

Then, as a sophomore, he scored nine touchdowns in six games before an injury ended his season.

But Boutte never quite hit his stride as a junior this season. He missed a game due to the birth of his child and didn’t appear in another due to illness. All told, Boutte appeared in 11 games and had 48 catches for 538 yards and two touchdowns.

LSU beat Alabama and won the SEC West but a loss to Texas A&M in the final week of the regular season dashed the team’s hopes of making the College Football Playoff.

LSU will play Purdue in the Cheez-It Citrus Bowl on Jan. 2 in Orlando, Florida.