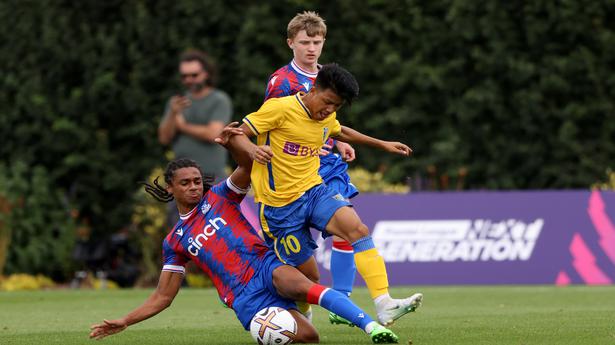 The reserve team of Indian Super League side Kerala Blasters lost 1-4 to Crystal Palace under-23 team in the third-place play-off in the Premier League Next Generation Cup in London on Monday.

Blasters did well to stave off the early charge from their English opponents. Blasters keeper, Sachin Suresh, pulled off a point-blank save in the 27th minute after a cross from the left wing was headed down by a Palace forward.

But it was only a temporary respite as the English side got in front through Ademola Ola-Adebomi in the 31st minute. The Palace number nine had an easy task of poking it past Sachin after his teammate, Jadan Raymond, did all the work in the left wing to deliver the cross.

Fionn Mooney scored the second goal of the game after Raymond set him up in the box. Mooney sat down a few Blasters defenders and the keeper before flicking it past the goal line to ensure his side went into halftime with a two-goal lead.

But the Indian side struck back after the restart through its skipper Ayush Adhikari. He converted a penalty, which was won after a Blasters corner resulted in a Palace handball, to score his side’s first goal of the tournament.

The London side soon restored its two-goal advantage through substitute Williams, who scored within seconds of his introduction. It pulled further ahead in the 81st minute after a low header by Konda from a cross from the right went past Sachin.

Crystal Palace saw the game out with ease and ensured a third-place finish in the group. Kerala Blasters had earlier lost its opening game to the reserve side of Tottenham Hotspurs 1-7.