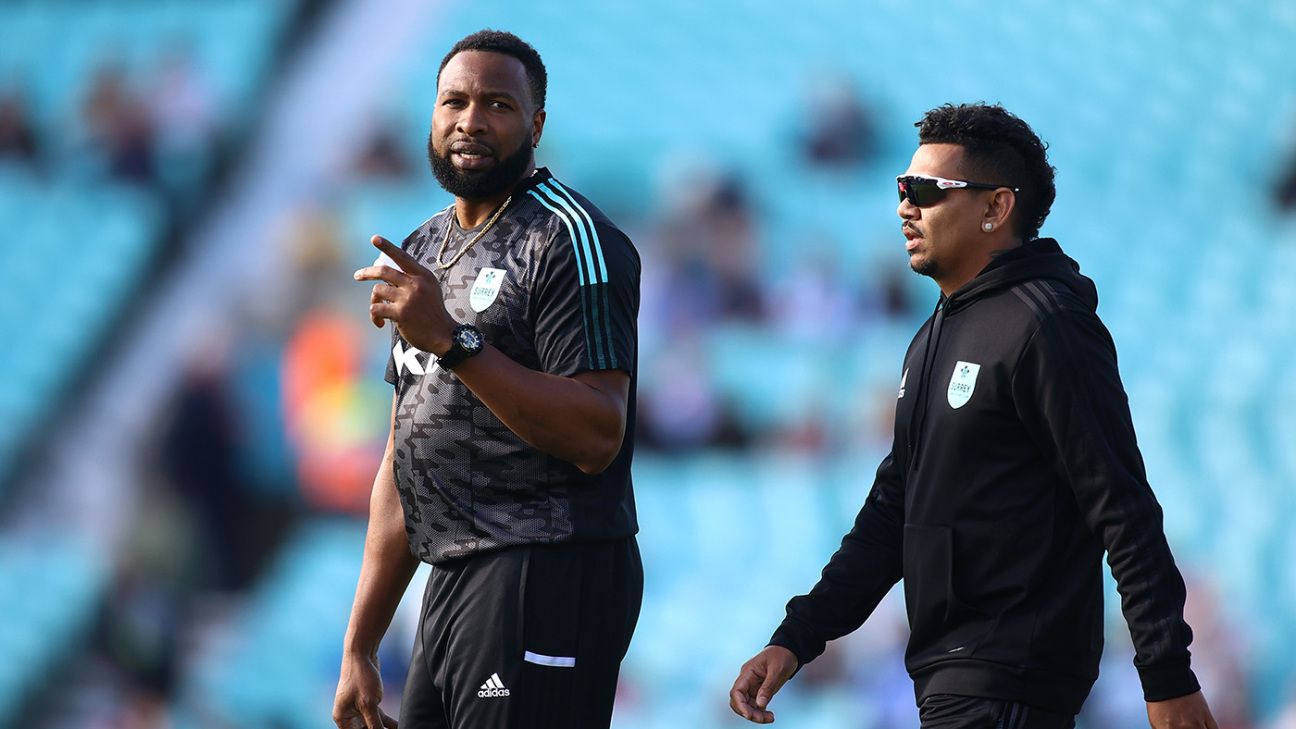 Kieron Pollard has been ruled out of the rest of the T20 Blast but is expected to be fit in time to play in the Hundred after knee surgery.

Pollard, 35, was a marquee signing for Surrey as one of their two overseas players alongside his compatriot and close friend Sunil Narine, but suffered a knee injury early in their T20 season.

“Despite treatment, he has failed to improve significantly and therefore a decision was taken to gain a surgical opinion,” Surrey said in a statement. “He has undergone successful surgery this [Tuesday] morning which will keep him out of action for the next four to six weeks whilst he rehabilitates.”

Surrey have already qualified for the quarter-finals of the Blast with four group-stage games remaining, with nine wins and a no-result from their first ten fixtures. Pollard made 99 runs in his five innings, with a strike rate of 141.42, and took one wicket and one catch.

“This is hugely frustrating as we have been a dominant force and I felt I was part of something special,” Pollard said. “But I wish the lads all the best for the rest of the campaign whilst I get myself fit and firing again.”

Pollard, who retired from international cricket earlier this year, was a £125,000 signing by London Spirit in the Hundred draft and is expected to return in time to play for them when the tournament starts in early August.