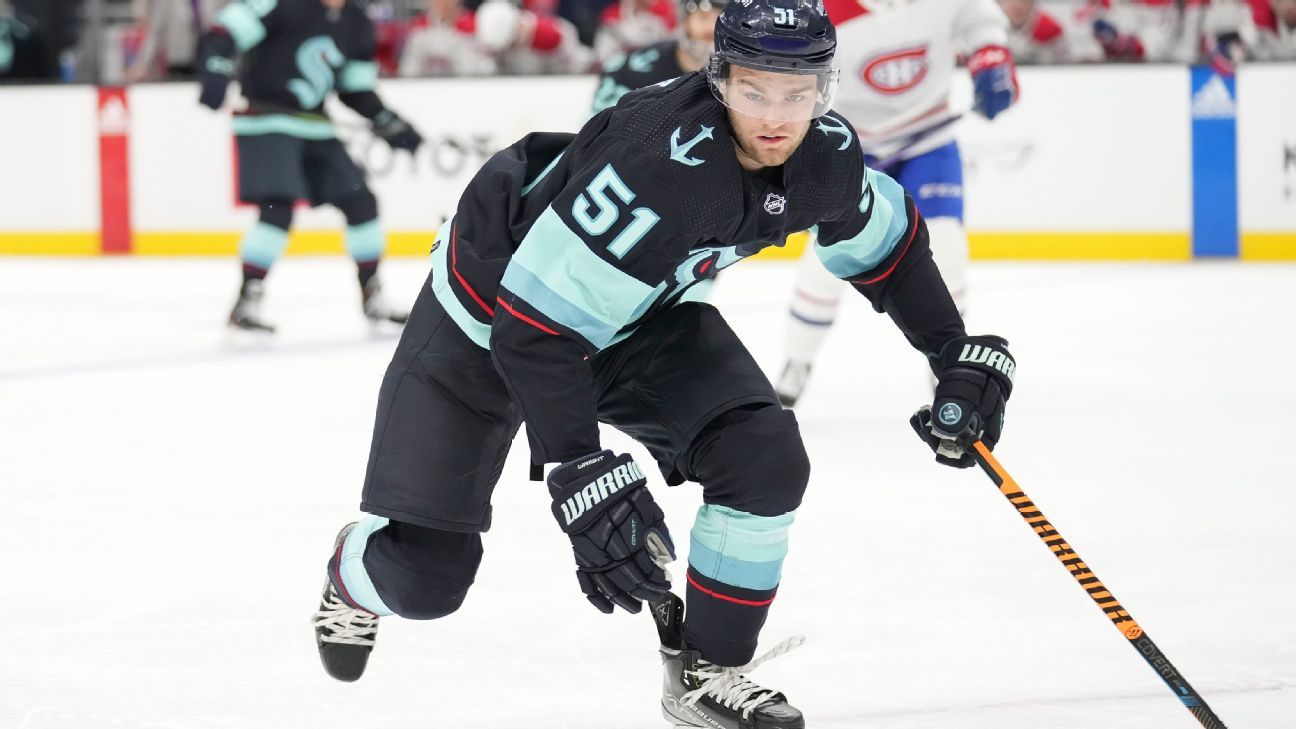 That’s what Shane Wright did Tuesday, scoring his first goal in the Seattle Kraken‘s 4-2 loss to the Montreal Canadiens at Climate Pledge Arena.

“I think what matters most to me is that it’s my first goal. That’s the most important part. It doesn’t matter who it’s against,” Wright said. “I think just in general the feeling of scoring your first goal in the NHL is always an incredible feeling. That’s the part I’ll remember the most.”

Does that mean Wright didn’t feel even a tiny bit more motivated playing against the Canadiens?

“Maybe a little bit, I think,” Wright said. “I just kinda treat it as another hockey game. I think for me, it was more important coming off of the conditioning stint and it being the first game after that.”

Wright’s first goal was met with the type of reverence typically expected for anyone who scores in the NHL for the first time. The context further amplified what was already going to be one of the more memorable moments of his young career.

Back in July, the expectation was that Wright, long considered the top prospect in the class, would be the first pick in the NHL draft. The Canadiens won the lottery for the No. 1 pick and were predicted to take Wright — although there was a feeling they could go another direction and draft hulking Slovakian winger Juraj Slafkovsky.

They opted for the latter, and Wright ended up going fourth to Seattle. Wright told reporters after he was drafted that he was “going to have a little chip on my shoulder for sure, a little more motivation.”

Wright’s goal Tuesday tied the game in the first period. The Kraken were forechecking, and Yanni Gourde gained possession behind the net. He fed possession to Oliver Bjorkstrand, who then found Wright at the net front for a one-timer that beat Jake Allen with 4:30 remaining.

Scoring against the Canadiens is another chapter in what has been a complicated first season for the 18-year-old forward. The Kraken are winning and doing it in a manner that has made them one of the biggest surprises through the first quarter of the regular season. But Wright has seen little playing time. He entered Tuesday with one point in seven games and averaged 8:05 in ice time per game.

The lack of games is what eventually led the Kraken to send Wright to their AHL affiliate, the Coachella Valley Firebirds, for a conditioning stint. Wright, who had recorded only one shot on goal in the NHL, scored four goals in five games before returning to the Kraken earlier this week.

In what was his first Kraken game since Nov. 5, Wright finished with three shots and received 11:12 in ice time Tuesday.

“Any time you can score, maybe a little weight is lifted off your shoulders, especially after not scoring for seven games here,” Wright said. “Definitely going to hope that I can keep that confidence moving forward here.”