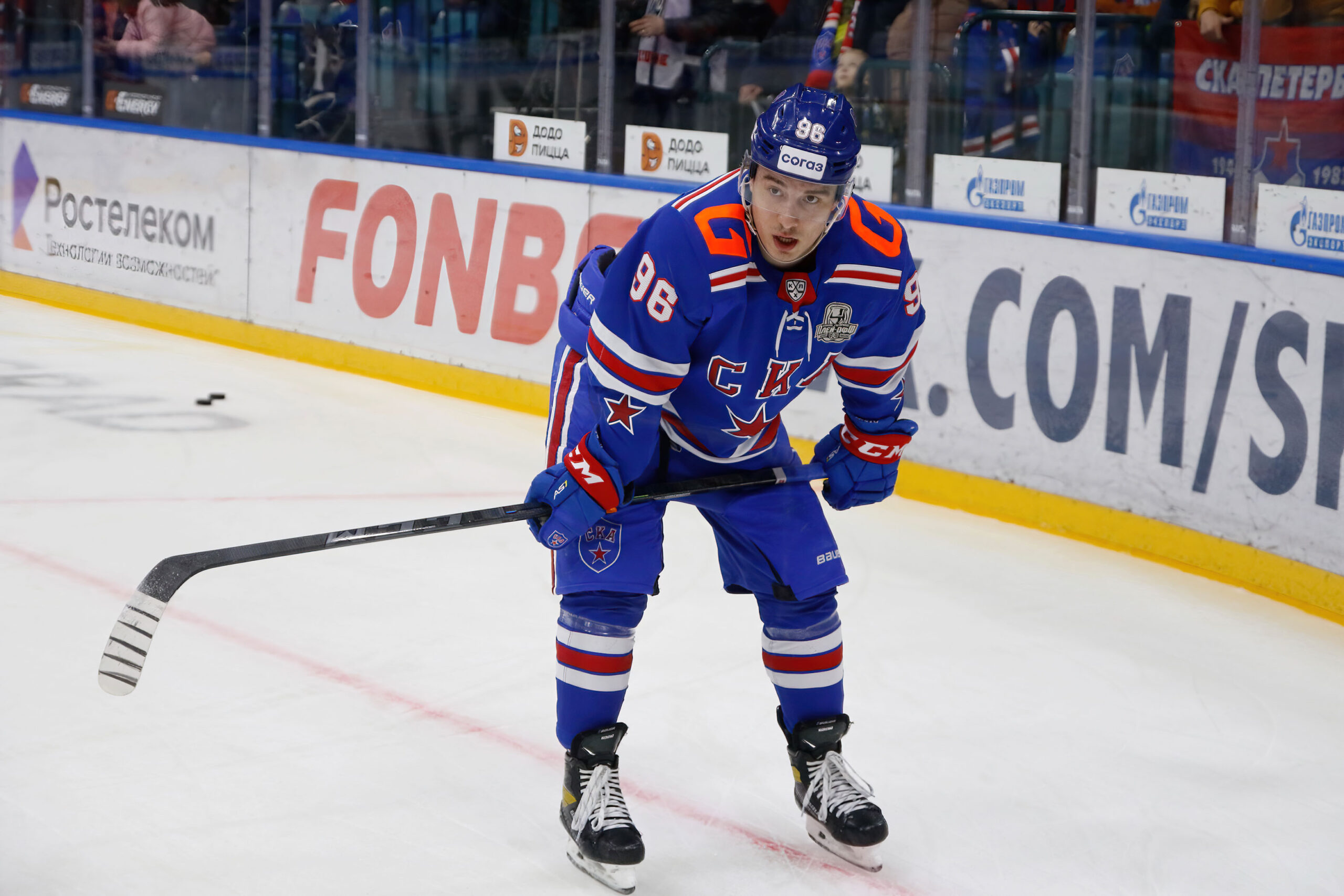 In this edition of the Vancouver Canucks News & Rumors, Russian free agent Andrei Kuzmenko has chosen to sign with the Canucks. The club has multiple free-agent targets, including New York Rangers forward Andrew Copp. Additionally, the organization will qualify restricted free agent Brock Boeser. Also, the Canucks are expected to pursue defencemen in free agency.

After months of speculation about where Kuzmenko could potentially sign, the Russian forward decided to join the Canucks on Monday. Canucks general manager Patrik Allvin and NHL Agent Dan Milstein confirmed the forward’s decision to commit to playing for the club.

“I have been watching Andrei since his 2014-15 season and have been impressed with his development and improvement on the ice,” said Allvin. “Once the contract details are finalized, we look forward to welcoming him to the Canucks organization and helping him continue to grow as a hockey player.”

Over the years, Kuzmenko has developed into one of the Kontinental Hockey League’s top point producers. He was second in points this past season, scoring 20 goals and posting 52 points in 45 games. He’s eligible to sign with the organization on July 13th. The Canucks were one of the final four teams in on the 5-foot-11, 194-pound forward. Milstein noted Kuzmenko had a good connection with Canucks management, especially GM Allvin.

“We were impressed by what the Canucks organization wants to accomplish and the winning culture they are building.” Milstein noted. “Andrei felt a good connection with the management team and is looking forward to playing for Bruce Boudreau.”

Kuzmenko will likely see time as a middle-six forward and some minutes on the power play. The Canucks are hoping his elite level of playmaking and ability to create scoring opportunities off of turnovers translates to the NHL. Nonetheless, adding Kuzmenko is a big win for the Canucks as he is a low-risk, high-reward signing for the club.

Dhaliwal adds signing Copp will cost the Canucks $5-6 million, which is out of the team’s price range, especially if Boeser accepts his qualifying offer. He also notes Lazar is a good replacement option for Tyler Motte, who the club traded to the Rangers at the trade deadline. Dhaliwal also mentioned Kevin Rooney and Zach Sanford as free agents the Canucks could be interested in. Both players would be depth signings and will likely see minutes on the fourth line.

With the addition of Kuzmenko, a trade involving one of the team’s top-six wingers seems more likely. Boeser, J.T. Miller and Conor Garland have all been involved in trade rumors this season. However, Rutherford has noted the team plans on extending a qualifying offer to Boeser.

“No, we’re not going to let him walk,” Rutherford said. “We recognize he’s a good player. We can figure out a way to fit him in next season with him taking his qualifying offer. Everything gets tricky and difficult, but we can figure it out.”

As Rutherford notes, the Canucks can fit Boeser’s $7.5 million qualifying offer. However, the term will likely be short as Boeser’s production isn’t worth the $7.5 million cap hit. He has struggled to consistently produce at the rate he is expected to throughout his NHL career.

Search For Right-Handed Defenceman is Inevitable

Dhaliwal and Thomas Drance said they haven’t heard any connections between the Canucks and any free agent defenceman. However, they add it’s only a matter of time until they do.

Drance notes the Canucks should add a top-four defenceman to help take a load off of Oliver Ekman-Larsson and Tyler Myers. Ekman-Larsson was one of the best shutdown defenders in the league at times last year, but the Canucks need more out of him in the offensive zone in order to maximize his worth. As for Myers, Drance believes his numbers should be limited to decrease the big mistakes he makes. Myers should be playing closer to 17 minutes at even strength instead of the 21:59 time on ice he averaged last season.

The defenceman the Canucks likely attempt to add will be right-handed as that is one of the positions they lack. The organization could find themselves trading for a top-4 right-handed defenceman or signing one in free agency.

The Canucks signed defenceman Filip Johansson to a two-year entry-level contract last week. Johansson was selected by the Minnesota Wild with the 24th overall pick in the first round of the 2018 NHL Draft.

“Filip plays a solid defensive game and has shown consistent improvement over the past three seasons.” said Allvin. “He will continue to develop his game in Sweden with Frölunda next season, but we look forward to welcoming him to Vancouver for Development Camp at UBC next month.”

The Canucks continue to sign players in their early 20s in order to create depth throughout their roster. Johansson is a right-handed defender who the Canucks could see turn into a sixth or seventh defenceman.