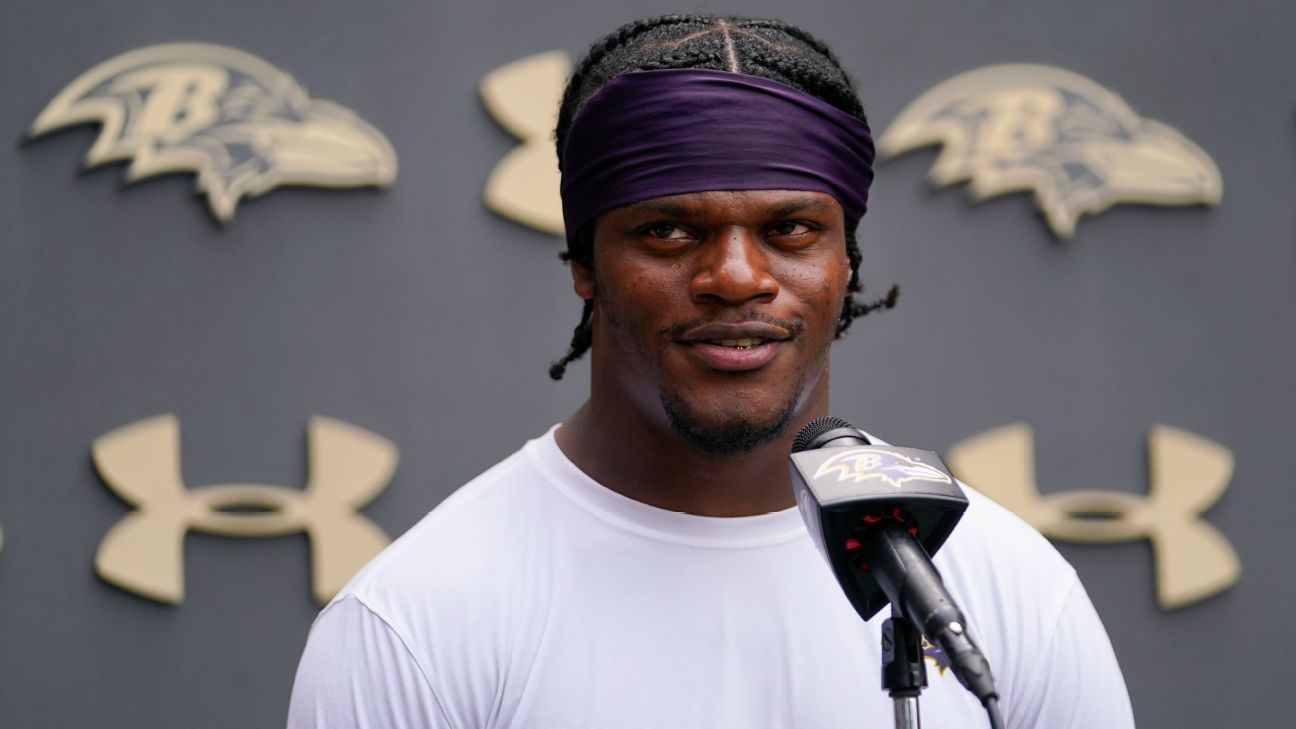 OWINGS MILLS, Md. — Quarterback Lamar Jackson said Thursday that he’s hopeful a contract extension with the Baltimore Ravens will eventually get completed, but he doesn’t want negotiations to drag into the regular season.

Will a deal happen before the Sept. 11 opener against the New York Jets? “I said there is going to be a cutoff [in talks],” Jackson responded. “So, hopefully.”

Jackson, one of the few players in the NFL who doesn’t have an agent and represents himself, has been eligible for an extension since last year. Over that time, four quarterbacks (Deshaun Watson, Kyler Murray, Aaron Rodgers and Josh Allen) have signed deals that have included at least $150 million in guaranteed money and three quarterbacks (Rodgers, Murray and Watson) have reached extensions that average at least $45 million per season.

For most of the offseason, Ravens officials have said they wanted to have contract talks but Jackson hadn’t shown any urgency to do so. The sides started talking in June and Ravens general manager Eric DeCosta and Jackson will meet during training camp when there is “mutual free time,” according to Jackson.

Jackson was noncommittal on whether he’s seeking a fully guaranteed deal like the one given to Watson by the Cleveland Browns earlier this season. Watson received $230 million fully guaranteed.

“Like I told you, we have a mutual conversation,” Jackson said. “I’m going to keep that in-house, for sure.”

Jackson, 25, is entering the fifth-year option of his rookie deal and will earn $23.016 million. If the sides don’t reach an extension by March 7, Baltimore would have to put the franchise tag on Jackson to keep him from becoming an unrestricted free agent.

“Both sides are very motivated to get the job done,” Harbaugh said. “I feel that’s where it’s at.”

Jackson, the unanimous 2019 NFL MVP, is coming off his most challenging season. He threw a career-worst 13 interceptions and missed a career-high five games, including the last four because of an ankle injury.

But Jackson has proved to be one of the top playmakers and winners over the past four seasons. Since Jackson became the Ravens’ starting quarterback midway through the 2018 season, the Ravens are 37-12 (.755) when Jackson starts and 2-5 (.285) without him.

Jackson showed good faith when he reported to training camp and participated in both full-team practices this week. When some players are negotiating extensions, they will “hold in,” which means they will report but not practice to avoid the risk of injury. Jackson never considered doing that.

“I want to win at the end of the day. I just want to be great,” Jackson said. ‘I just want to work with my brothers. I don’t want to leave them out there hanging. That’s not me. That’s never been me.”