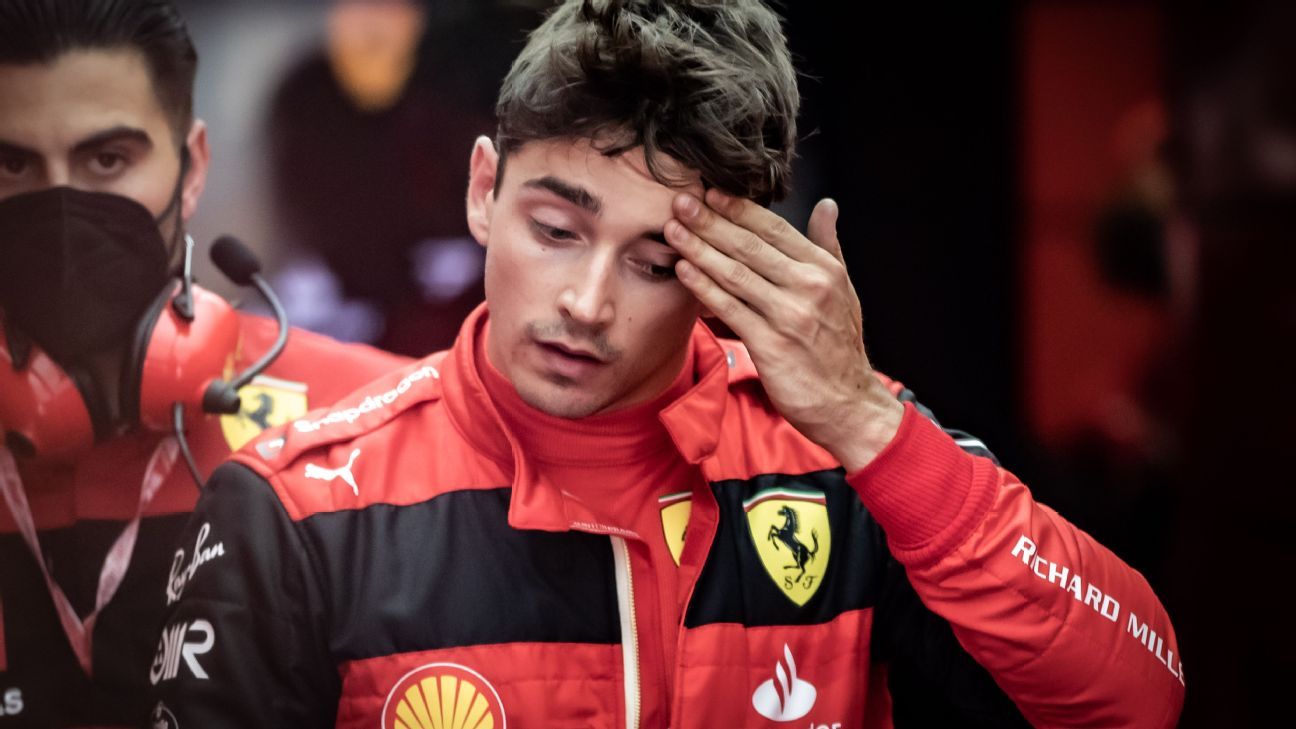 MONTREAL – Ferrari’s Charles Leclerc will start from the back of the grid at the Canadian Grand Prix after his team made wholescale changes to his engine.

Ferrari has fitted new components to Leclerc’s car after he suffered an engine failure while leading the Azerbaijan Grand Prix last week.

The engine change gives Red Bull’s Max Verstappen to open up more ground between himself and Leclerc in the championship.

Verstappen leads Red Bull teammate Sergio Perez by 21 points and is 34 points ahead of Leclerc, who led the championship earlier in the year.

Leclerc already had a 10-place penalty confirmed on Friday when Ferrari took a new power unit, but on Saturday opted to also changed the internal combustion engine, turbo, MGU-K and MGU-H.

Each of F1’s engines are split into components, with drivers allowed to use a certain amount of each before incurring penalties.

With a penalty already confirmed, Ferrari used the opportunity to add new components now rather than serve further penalties down the line.

AlphaTauri’s Yuki Tsunoda also has a similar penalty for a wholescale change, meaning Leclerc can at least start 19th if he qualifies quicker than the Japanese driver in Q1.

The penalty also means Leclerc’s run of four consecutive pole positions will come to an end in Montreal.

Despite that run, Leclerc has not won a grand prix since April 11 in Melbourne.