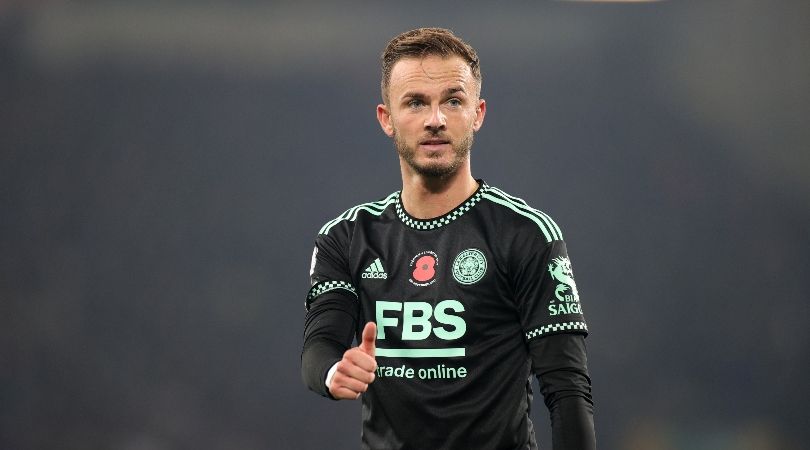 Leicester City continued their recent revival in the Premier League with an impressive 2-0 win at Everton on Saturday evening.

Youri Tielemans added another stunning strike to his collection as he teed himself up and hit an unstoppable volley into the corner from outside the box in first-half stoppage time at Goodison Park.

And with four minutes left on the clock, Ashley Barnes added another to complete a deserved victory for the Foxes.

Leicester lost six of their first seven matches this season, but have now won four Premier League games – including three of their last four fixtures.

That run has seen Brendan Rodgers’ side climb from bottom of the table to 13th place and appears to vindicate the faith shown in the manager during a difficult spell of results.

Midfielder James Maddison provided the assists for both goals in another outstanding display and the midfielder will hope his team’s improved performances will give him a chance of making England’s squad for Qatar later this month.

Former Leicester and England striker Gary Lineker has been backing Maddison to make England’s roster for the World Cup and said it would be an ‘absolute travesty’ if the midfielder is left out of Gareth Southgate’s squad.

If @Madders10 doesn’t make it to the World Cup, after yet another magnificent performance, it would be an absolute travesty.November 5, 2022

“If @Madders10 doesn’t make it to the World Cup, after yet another magnificent performance, it would be an absolute travesty,” he wrote on Twitter.