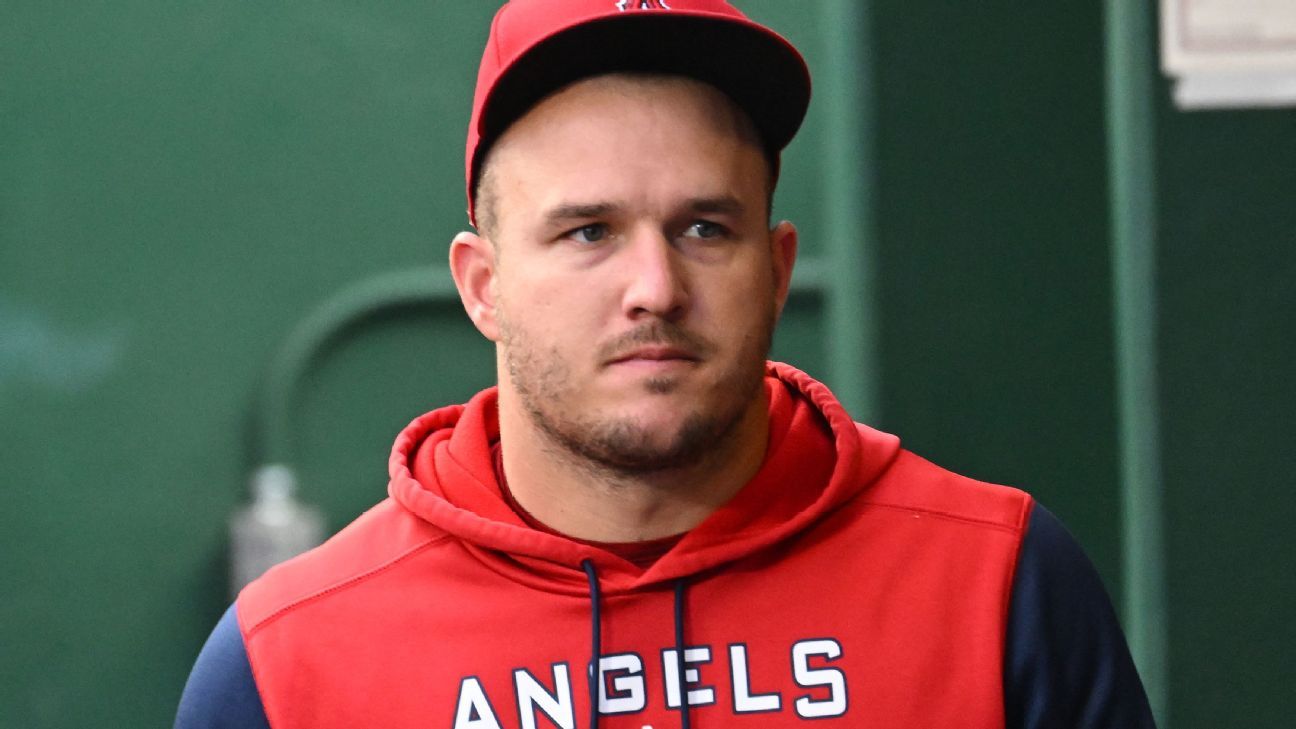 ANAHEIM, Calif. — In the span of four days, Mike Trout went from his career in peril to possibly picking a bat by the end of next week.

The Los Angeles Angels star visited Thursday with Dr. Robert Watkins, a back specialist and co-director of the Marina Spine Clinic in Los Angeles. Trout is slated to begin rotational exercises on Wednesday and could return to swinging a bat shortly after that.

“It went from my career is over to now hopefully I’m going to play here soon,” Trout said with a laugh. “Coming out of the workouts, it’s been great every day. It’s getting better. It’s very promising to start rotational stuff. I’ll do that for a couple days in the weight room and if that goes well, I’ll start swinging.”

Trout’s future appeared uncertain when athletic trainer Mike Forstad said before Wednesday’s game in Kansas City that the three-time AL MVP had a rare spinal condition, and that it was an issue Trout could have to “manage not just through the rest of this season.”

“I think that’s what Frosty was initially getting at — keeping a routine so that it doesn’t come back,” Trout said. “Once you let it settle down, get the inflammation out of there and build the muscles up around, it’ll be good.”

Trout left a game against Houston on July 12 with what was first called back spasms. He was placed on the injured list on July 18 with the designation of rib cage inflammation. Frostad said the exact injury was a “costovertebral dysfunction at T5.”

“I couldn’t pinpoint how it happened. I think it happened over time,” Trout said. “I was swinging more than I usually do. It just flared up. I couldn’t tell you exactly. As a baseball player, you swing a lot and do a lot of activity and sometimes things act up.”

Since going on the injured list, Trout said he has been jogging and doing leg workouts. He has also been doing a core program to strengthen the muscles around the area.

This is the second straight year that Trout has been battling injuries. He was limited to just 36 games last season due to a calf injury.

The 10-time AL All-Star is batting .270 with 24 homers and 51 RBIs in 79 games this season, but has just one multi-hit game and six RBIs in the past three-plus weeks he played.