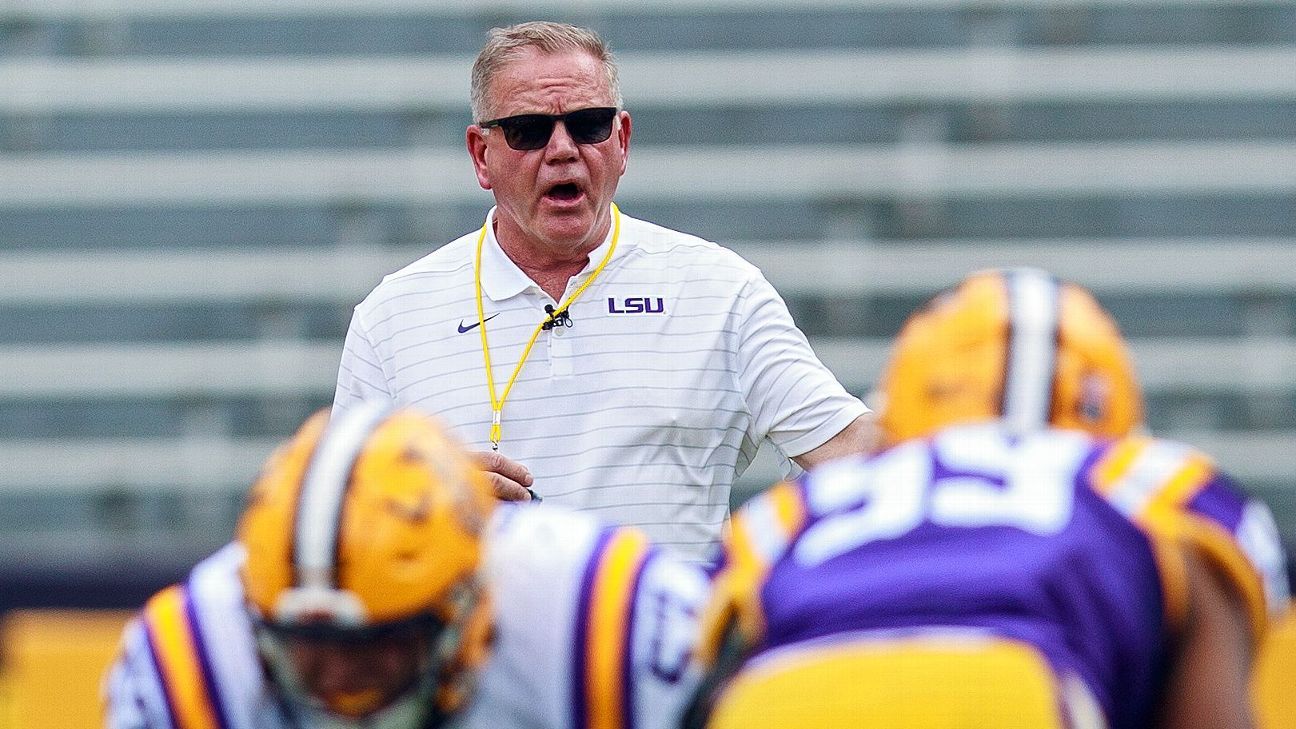 Las Vegas-based sportsbook Circa Sports is responsible for some of the first college football lines to hit the market each week during the season.

One month before the college football season kicks off, Metcalf participated in a brief Q&A via email with ESPN. The content has been edited slightly for clarity.

How much has USC improved in your power ratings from the end of last season to now?

Metcalf: I’m basically starting USC out at the same rating I had for them to begin last season, but a lot transpired in 2021. I definitely had rated them too high coming into last year, but USC under Clay Helton was always a tough team to figure. They always seemed to have the most talent in the league but consistently underperformed, in my view. At various points during his tenure they appeared to have things figured out and be on track, but they never put it all together and got back to get to an elite level. Once Helton was fired, I kind of expected a drop-off, but to my surprise they played pretty consistently most of the season, only falling off down the stretch and kind of limping in to finish.

Pick the winner of 10 college football matchups each week. Play straight up or with confidence. Make Your Picks

USC will be one of the teams that I will be quick to adjust in my ratings depending on any early success. A lot of time I will have such a negative view on how a coach has run a program that I think just removing [the coach] can be pretty significant, regardless of what the new coach brings to the equation. This would probably be the case for me with USC, as well as the University of Miami. If USC can improve on defense and make some noise on offense — as they’re expected to do with Caleb Williams — the rise back to the elite level could be pretty quick. I am trying to be overly cautious in how much I raise them to start the season, given there are so many variables when a new coach comes into a situation like this, but I could definitely see their ceiling being up to a TD higher than I will have them rated to start. For these reasons, I am opening them at the same rating as Utah, and we will go from there, though I do think Utah’s ceiling is substantially lower than USC’s.

What has the betting on USC been like in your futures market? Are the Trojans among the most popular bet teams?

Metcalf: We were definitely quick to adjust our USC odds when Lincoln Riley signed on to coach; we probably over-moved them, to be honest. We went down as low as 16-1 [to win the national championship] with the thought that this would be a massively public team, and the Pac-12 hasn’t really had any elite teams in a while to challenge them. Once we started reading a little more this summer, we scaled that back to about 25-1, thinking that this team still does have a decently high ceiling and they play in a relatively weak conference compared to the Big Ten and SEC.

When we ran our season wins numbers, we came up with about 8.5 wins but definitely wanted to open higher based on the public team factor and potential upside that I mentioned earlier. We opened at 9.5 wins and basically waited for the bettors to tell us what to do. With high-profile teams like USC, there are always two numbers: what we make it and what we use based on the public perception. LSU would be another example of one of these teams this year. Our raw wins number for them is 5.5, but we used 6.5 knowing that the public would most likely want to bet this team over a low number. In these situations, we’re basically looking for a number that recreational players or fans will bet over and that no professional players will bet under. This remains to be seen since we’re so early in the offseason betting cycle, but so far we have only taken over money on both these teams, which is fine by us.

LSU has been a very popular team in the national title futures mostly because you get the chance to bet another high-profile new hire coach (Brian Kelly) moving to a historically elite program, but at a much higher price than USC. LSU has attracted significant money at some higher prices in the 70/90-1 range, and we now sit at 55-1, where we are still seeing decent action. USC hasn’t attracted as much because, frankly, we believe they have a much better shot to get to the playoff and have been priced accordingly. I would say that we are still early in the offseason, though, from a betting standpoint, as much of the money will start to show in August.

What stands out to you about your college football futures markets at this point?

Metcalf: Right now the lack of action stands out. With the elite teams being so far ahead of the pack (Alabama, Georgia, Ohio State), it seems like that has really been a negative toward betting handle. I think people are discouraged in some of the midrange teams that they normally might be more excited about wagering on due to the top-heaviness of the college football landscape. An Alabama-Ohio State title game really looks inevitable to some degree, and if things really get crazy, perhaps you get Georgia-Ohio State. It’s just not that attractive of a futures market for anyone when there’s not a little more parity.