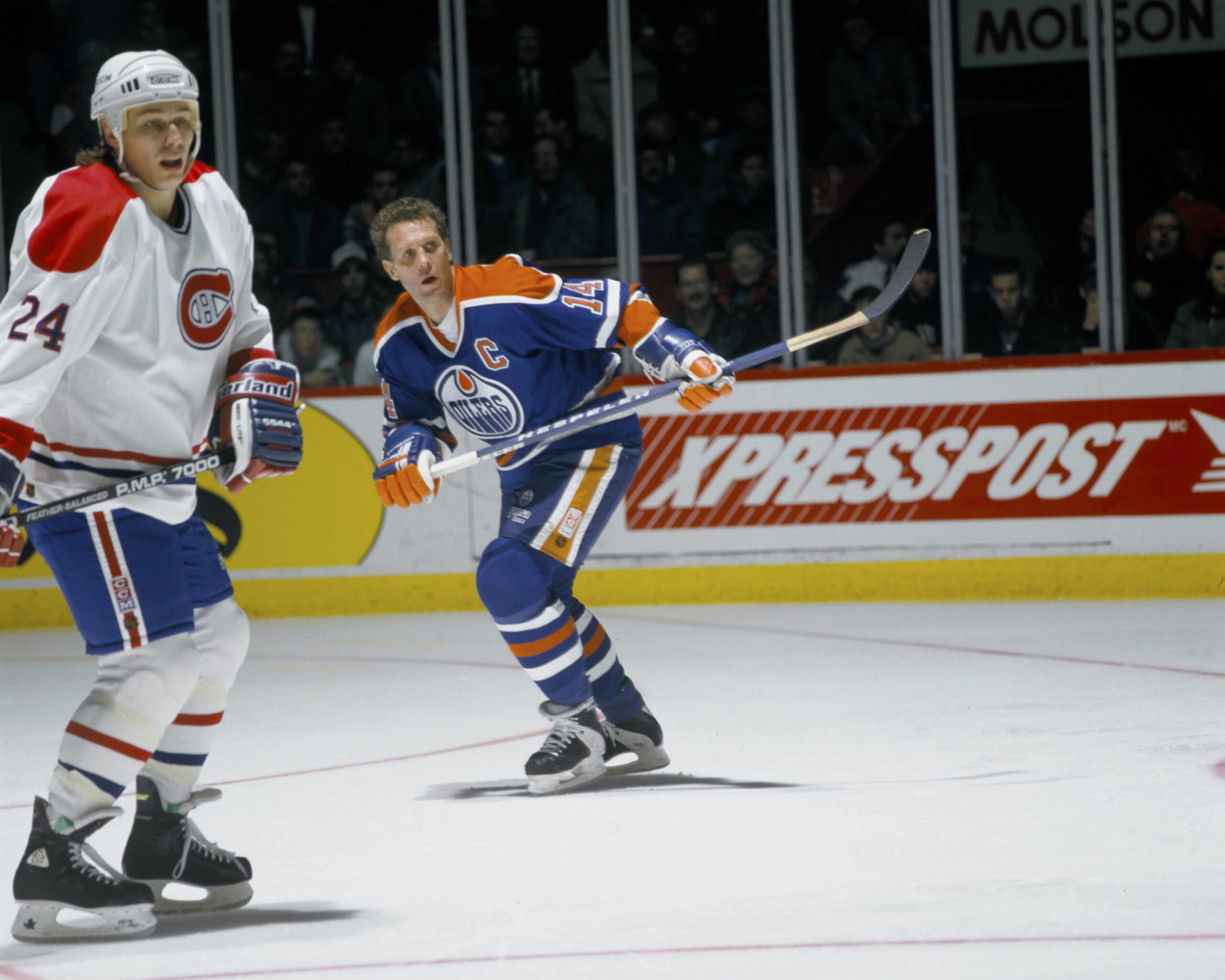 Vegas Golden Knights forward Phil Kessel recently became the NHL’s Ironman, when on Oct. 25 he played in his 990th consecutive game to break the record held by Keith Yandle (989). The streak began on Nov. 3, 2009, when he was a member of the Toronto Maple Leafs. He’s now gone over 13 years without missing a night’s work and is on the verge of playing his 1,000th straight game, an absolutely amazing accomplishment.

In Oil Country, Kessel’s milestone puts a rare spotlight on one of the Edmonton Oilers’ least-discussed records. On a team with which Wayne Gretzky delivered eye-popping offensive numbers that may never be touched, a record like consecutive games played tends to get overlooked. In fact, a lot of Oilers might not be able to tell you that Edmonton’s Ironman is Craig MacTavish.

From Oct. 12, 1986, to Jan. 2, 1993, a span of nearly six and a half seasons, MacTavish suited up for 518-straight Oilers regular season games. That total alone ranks top 25 all-time on the Oilers for games played. When he started the streak, his teammates included Glenn Anderson, Paul Coffey, Grant Fuhr, Wayne Gretzky, Jari Kurri, Kevin Lowe, and Mark Messier. When the streak ended, not one of those (future) Hockey Hall of Fame inductees was still in Edmonton.

MacTavish was Durable and Indispensable

One of the most remarkable aspects of the streak is that MacTavish managed to stay off the injured list despite playing the coolest game on ice without head protection. The NHL made helmets mandatory for players entering the league after June 1, 1979, but the rule was grandfathered in, allowing for any player that had signed his first pro contract prior to that date to compete without a helmet should they choose.

MacTavish, who was drafted by the Boston Bruins in 1978, fit that description and was the last helmetless player in the NHL before he retired following the 1996-97 season. He did wear a bucket during the 1988-89 season with the Oilers but ditched it afterward. “It was more comfortable without one,” he said in The Hockey News.

MacTavish’s Ironman streak was a testament not just to his durability, but also very much his importance to an Edmonton team in the midst of a dynasty. For all their incredible offensive talent, the Oilers of the ‘80s still needed bottom-six checkers, and MacTavish was just that. He embraced his role and was good at it. So much so that his coach could never leave him out of the lineup.

Before MacTavish, Lowe was Edmonton’s Ironman, playing in 420 consecutive games from Jan. 24, 1981, to March 9, 1986. As a matter of fact, he was in the lineup for the Oilers against the Winnipeg Jets at Northlands Coliseum on Nov. 23, 1991, the night his record was broken when MacTavish suited up for a 421st straight time.

MacTavish’s streak came to an end just when a lower-back strain forced him to miss the Oilers’ 2-2 tie with the Philadelphia Flyers at Northlands on Jan. 3, 1993. He had played the previous night in a 2-1 home victory over the Tampa Bay Lightning, but his back acted up and he was scratched for the Flyers game (from ‘MacTavish’s streak ends’, The Edmonton Journal, 01/04/93). At the time it ended, his streak was the 10th longest in NHL history. He was back in action for their next game, Jan. 5 at the St. Louis Blues.

MacTavish’s Benchmark is Standing the Test of Time

No one has gotten close to breaking MacTavish’s consecutive games mark since. After being acquired from the New York Rangers on March 17, 1993, Doug Weight appeared in 285 consecutive games for the Oilers (and 314 overall) but the All-Star forward’s streak ended when he suffered an injury in practice that kept him out of their game against the Mighty Ducks of Anaheim on Feb. 17, 1997 (from ‘Oil’s Weight on hold’, The Edmonton Journal, 02/17/97).

Andrew Cogliano didn’t miss a single game over four seasons in Edmonton, playing 328 straight contests from 2007-08 to 2010-11, but before he got close to setting the franchise Ironman mark, the forward was traded to Anaheim. He ended up playing 502 consecutive games with Anaheim before a suspension in 2018 ended his streak at 830 games between the Oilers and Ducks.

Even stacked alongside all the incredible scoring marks set by Gretzky, MacTavish’s Ironman streak might be one of the top two or three untouchable Oilers franchise records. McDavid could yet make a run at Gretzky’s assists (1,068) and points (1,669) benchmarks, but MacTavish’s mark is nowhere near being threatened. There isn’t anyone on the Oilers’ current roster who is even close to 100 consecutive games played. More than three decades have passed since MacTavish set his record, and it could easily stand for another three decades.