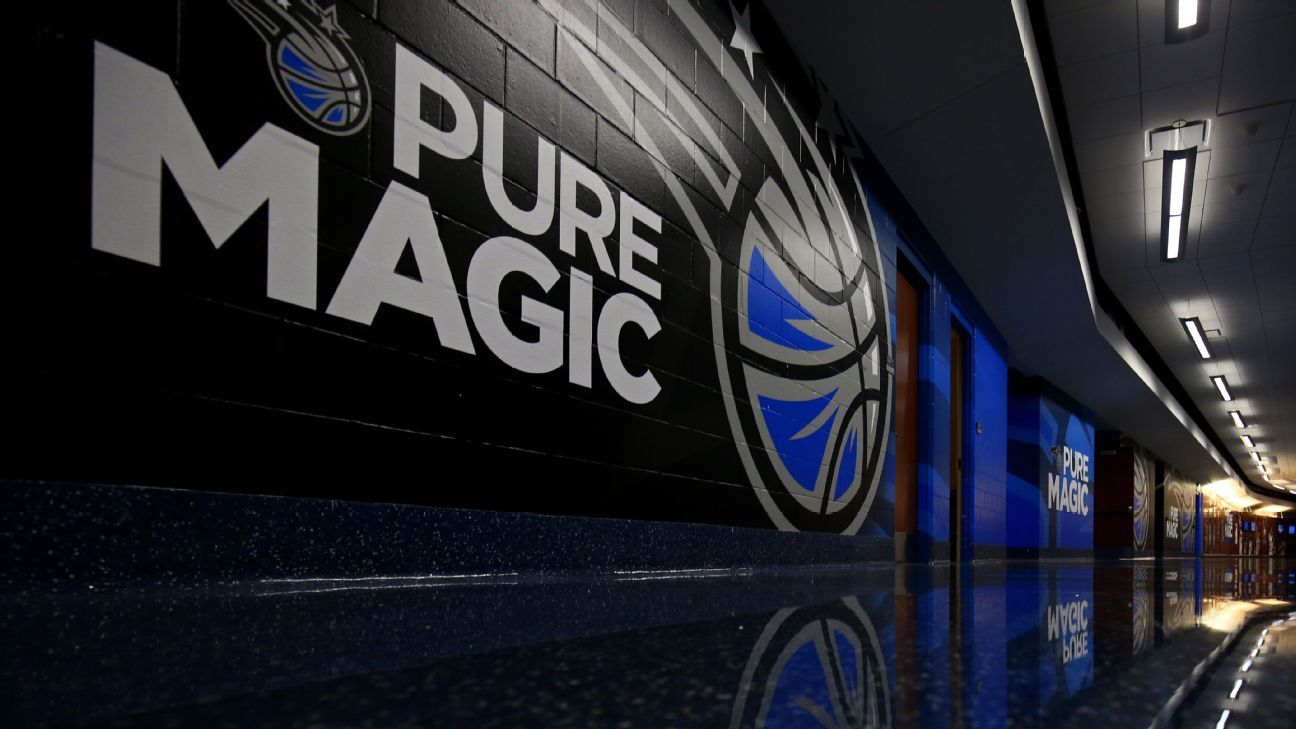 ORLANDO, Fla. — College basketball season ended almost three months ago, the NBA draft lottery was more than a month ago and the draft itself is later this week.

“I tell you, it’s still early in the process,” Weltman said Monday.

Translated: The Magic haven’t decided yet what they’ll do on Thursday night, when the draft rolls around and they have the No. 1 pick. Other teams have called to gauge what the asking price would be if they want to trade for that selection, and the Magic have evaluated all the top candidates.

But Weltman sees no reason to decide anything before it’s absolutely necessary, especially given the opportunity that Orlando has by holding this No. 1 pick.

“Dialogue is always ongoing,” Weltman said. “But, most importantly, we get to do what we want. That’s the real benefit of having the No. 1 pick.”

The top candidates for the pick are well-known: Auburn’s Jabari Smith Jr. worked out for Orlando earlier this month, Gonzaga’s Chet Holmgren met with the Magic for multiple days last week and Duke’s Paolo Banchero has been working out with former Magic guard Mike Miller.

Weltman wouldn’t say that those are the only three candidates Orlando would consider at No. 1.

“It’s confirmed that there are a lot of talented players at the top of this draft, that’s for sure,” Weltman said.

This is the fourth time that Orlando will be making the No. 1 pick. The Magic took Shaquille O’Neal with the top selection in 1992. Chris Webber was the No. 1 pick by Orlando in 1993, and he got traded that same night for Penny Hardaway and a package of future picks that were eventually turned into Vince Carter and, later, Miller. And in 2004, the Magic selected Dwight Howard with the first pick.

The No. 1 pick on Thursday will join a young core in Orlando that already includes 2017 top pick Markelle Fultz, a pair of top-eight picks from the 2021 draft in Franz Wagner and Jalen Suggs, and Cole Anthony — the No. 15 pick in the 2020 draft.

Orlando also has the No. 6 picks from the 2017 and 2018 draft, Jonathan Isaac and Mo Bamba. It’s possible that when next season starts Orlando could have as many as six lottery picks, nine top-16 selections and 12 first-rounders on its roster.

This is all part of the challenge for the Magic — who also have the No. 32 and No. 35 picks this year — going into Thursday: Finding more youth that fits with the current core, finding ways to be better next season and sustainably better for years to come.

“We do want to get better but not at the expense of rushing back to mediocrity,” Weltman said. “And we do want to have something sustainable. But you have to elevate the standard to do that. You can’t just stay at the basement level, you know, interminably. So those are conversations that we’re having, which players do that for us.”