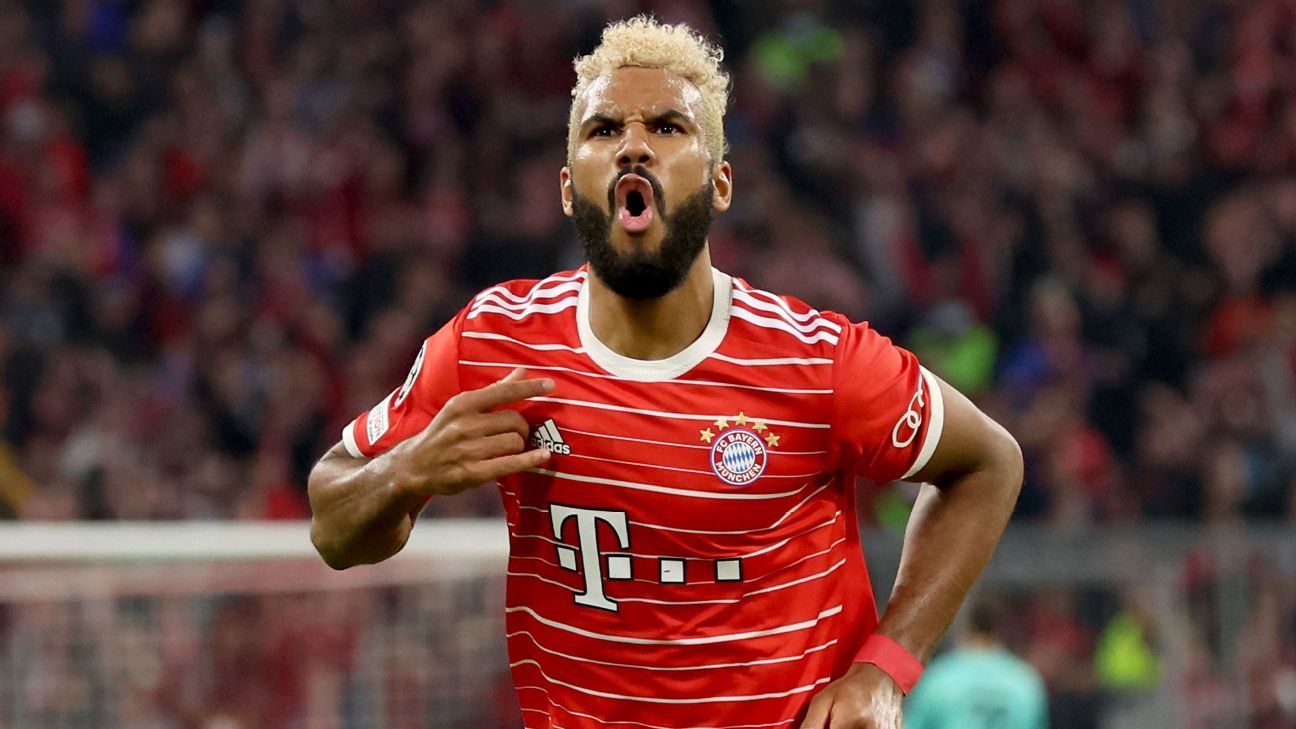 As difficult as it would have been to imagine that sentence being written at times in the past, the Red Devils are seriously considering the Cameroon international and have even made enquiries.

The 33-year-old former Stoke City striker has been in superb form for Bayern this season, recording 10 goals and three assists in 14 appearances across all competitions — he has also scored nine goals in his last seven outings.

Meanwhile, Ronaldo’s struggles at Old Trafford have been well documented and the Portugal star has three goals and two assists in 16 matches across all competitions, with just one of those goals coming in the Premier League.

Man United bosses seemingly expect Choupo-Moting to leave Bavaria during the winter window, with his current contract set to end in the summer of 2023.

However, there is an insistence that the Cameroonian will stay with Bayern and that talks about a new contract will take place after the World Cup.

The forward will be hoping to replicate his club form and make the difference for his nation in Qatar, where he will face Switzerland, Serbia and then Brazil in the group stage.

– Chelsea and Arsenal are both hoping to sign Porto winger Pepe, who has also operated at right-back this season — that’s according to A Bola. However, either club would have to pay the Brazilian’s release clause of €75 million if they are to successfully bring him in.

– Borna Sosa will leave VfB Stuttgart during the January transfer window, reports Florian Plettenberg, who adds that the Bundesliga outfit must offload him due to their financial situation. The club is expecting to bring in between €15m and €25m for the Croatian depending on how he fares at the World Cup.

– Amid interest from Barcelona, Sport Bild says that Borussia Dortmund young gun Youssoufa Moukoko is holding off on signing a new deal. BVB reportedly have had a contract offer ready for the striker to sign for weeks. This new deal would see the 17-year-old’s salary jump to €5m-per-year but the German youth international has hesitated in putting pen to paper.

– Bologna are set to offer winger Riccardo Orsolini a new contract in order to see off outside interest in the 25-year-old, reports Calciomercato, with his current deal set to end in the summer of 2024. Atalanta, Fiorentina, Torino and Sevilla are all among the clubs that looked at the Italian during the summer.

– Real Sociedad are set to reach an agreement with Pablo Marin over a new contract that will keep him with the club until June 2027, according to Fabrizio Romano. The 19-year-old attacking midfielder is considered an important talent for both the present and future of the club after just four appearances for the first-team.