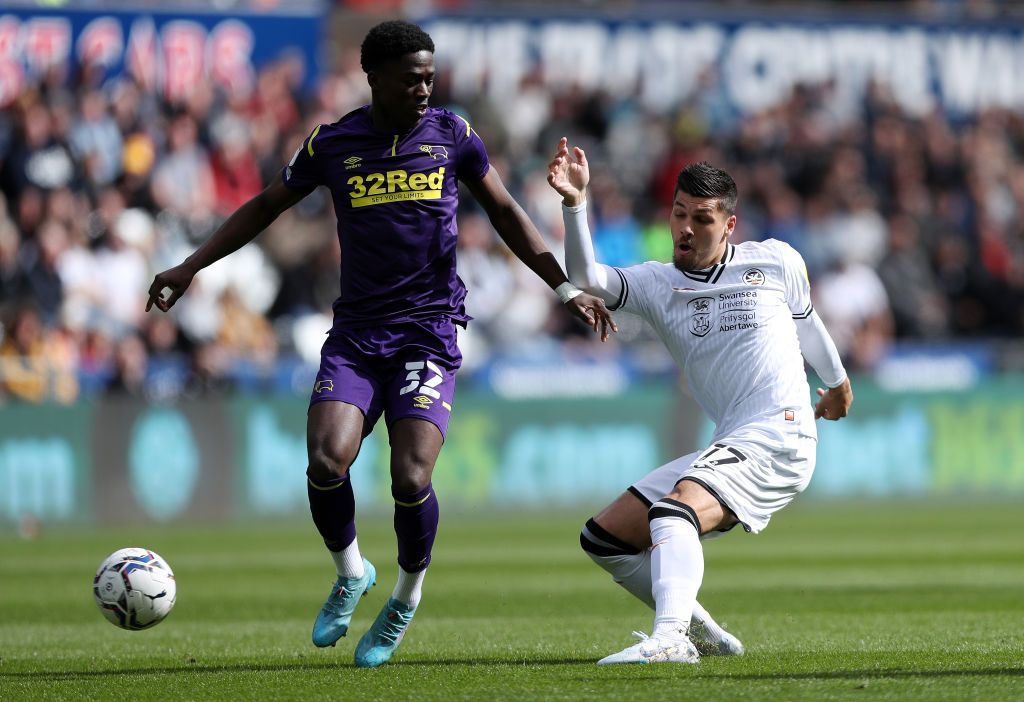 Manchester United are set to miss out on another transfer target after Crystal Palace reportedly won the race for Derby County youngster Malcolm Ebiowei.

The highly-rated 18-year-old caught the attention of Premier League clubs after breaking into the first team at the Championship side last season.

According to Fabrizio Romano (opens in new tab), Ebiowei’s move to Palace is a done deal, and a Selhurst Park contract until 2027 will be signed this week.

A medical has already been completed and the London club are expected to announce the signing soon.

Ebiowei, who plays on the right wing, made his breakthrough with the Derby first team in February and went on to make 16 Championship appearances in 2021/22, scoring one goal and providing two assists.

The news comes as another blow to United, who are yet to complete a signing since Erik ten Hag was appointed as their new manager.

Talks are ongoing for Barcelona midfielder Frenkie de Jong, a saga that has gone on for weeks.

Ten Hag is said to be “desperate” to sell Anthony Martial and Eric Bailly (opens in new tab) to free up the funds needed to bring in key targets, such as De Jong and free agent Christian Eriksen.

The Old Trafford club have also been linked with Ajax winger Anthony and Porto’s Evanilson recently. (opens in new tab)