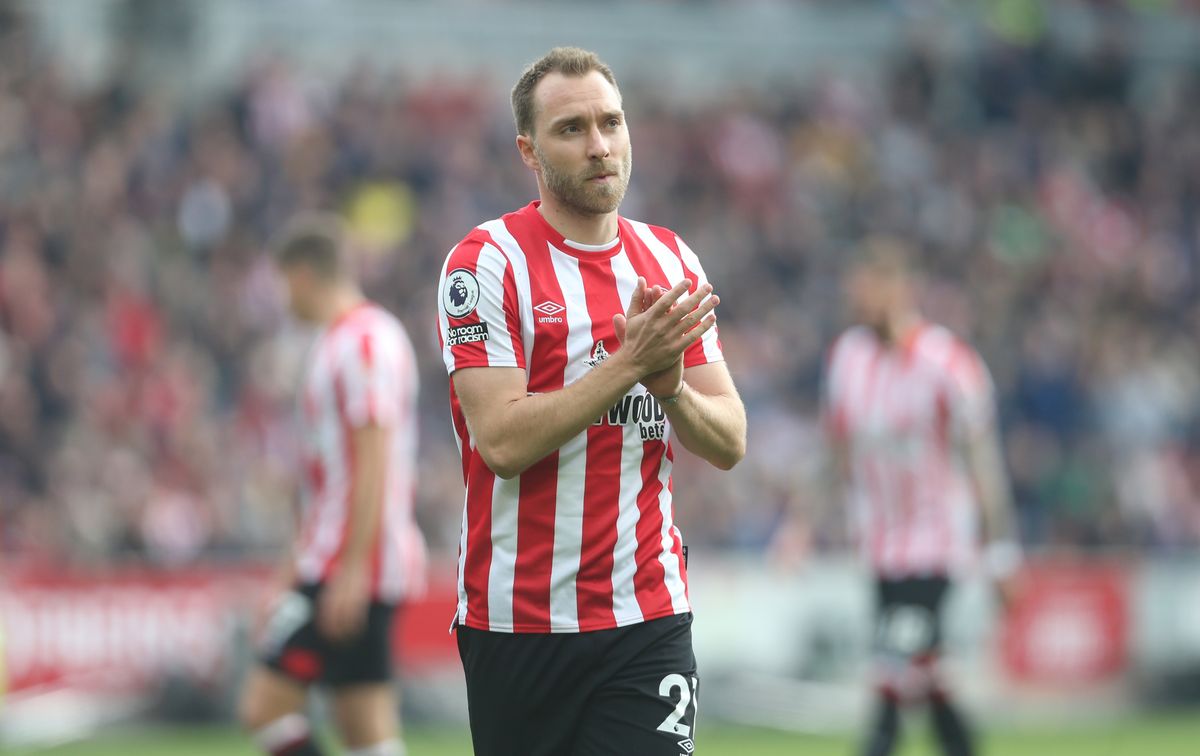 Christian Eriksen is set to reject Manchester United in favour of joining Brentford or Tottenham, according to reports.

The Denmark international’s six-month deal with the Bees expires at the end of June, when he will be available as a free agent.

There has been no shortage of interest from Premier League clubs, and United have made the midfielder an offer.

However, the Athletic (opens in new tab)reports that Eriksen wants to stay in London and would prefer to join Brentford or Spurs.

The 30-year-old previously worked under Spurs boss Antonio Conte at Inter Milan and the Italian is eager to be reunited with his former charge.

Tottenham are also able to offer Eriksen something neither of the other two suitors can – Champions League football next season.

Brentford haven’t given up hope of convincing the Dane to re-sign, though, and he went out for dinner with Bees boss Thomas Frank on Tuesday and had a ‘good talk’.

Eriksen was released by Inter last year, as Italian league rules prohibited him from playing with the ICD device that he had fitted following his on-pitch cardiac arrest at Euro 2020 last summer.

He made an impressive return to action after signing a short-term contract with Brentford in January, providing a goal and four assists in 11 Premier League appearances.

The Bees finished the season strongly with Eriksen’s help, winning seven of the 11 games that the Dane featured in to secure a 13th-place finish in their debut Premier League campaign.

New Manchester United boss Erik ten Hag has been speaking to the press as he takes control of the Red Devils. The 52-year-old has confirmed that Cristiano Ronaldo remains a part of his plans heading into next season, while suggesting that he may need patience to transform Old Trafford in his image.

There could be plenty of incomings: Frenkie de Jong remains a key target at £67.5m, while Raphinha of Leeds is on the radar. Jurrien Timber is one name heavily linked, while United are long-term admirers of Lazio man Sergej Milinkovic-Savic.

One slightly leftfield potential buy would be Christian Eriksen from Brentford, who is out of contract following the end of the season.