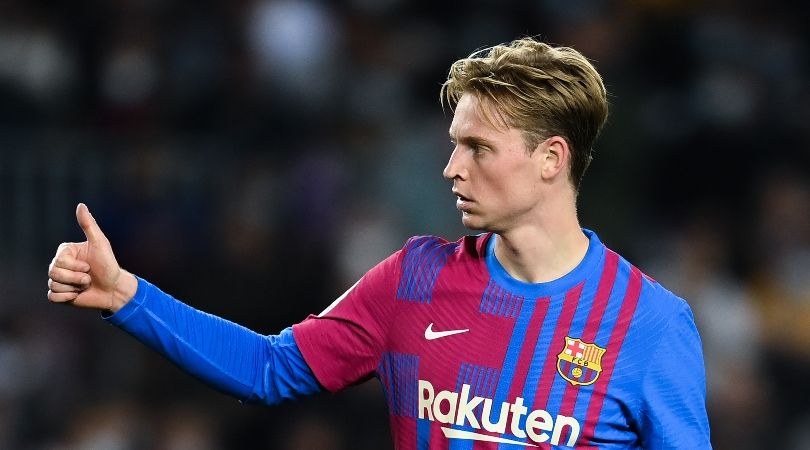 Manchester United are ready to increase their offer for Frenkie de Jong, according to reports.

The Red Devils have identified the Netherlands international as their top transfer target as they look to revamp their squad this summer.

De Jong’s preference is to stay at Barcelona (opens in new tab) but the Catalan giants are open to offers for the Dutchman.

Barcelona need to raise money for their own recruitment goals and De Jong has been identified as expendable.

However, the two clubs remain some way apart in terms of valuation, and United (opens in new tab) risk missing out on the midfielder unless they meet Barcelona’s asking price.

Their opening bid of £51.5m was predictably rejected by Barcelona, who paid £65m to sign the Dutchman three years ago.

United have not been put off in their pursuit of the 25-year-old and they intend to contact the La Liga side again soon.

However, it is not clear whether they are willing to meet Barcelona’s asking price of £64.5m.

Xavi Hernandez’s side also want the deal to include various add-ons dependent on appearances and trophies.

The Red Devils are determined to drive a hard bargain having wasted hundreds of millions of pounds in recent years.

It is certainly important to find value in the market and avoid overpaying for transfer targets.

At the same time, United are playing a risky game that could see them miss out on their top target – especially as De Jong is not exactly chomping at the bit to move to Old Trafford.

Haggling over an extra £10m or so might not be the wisest policy if Ten Hag has identified De Jong as the man he believes can improve United’s midfield.

The Red Devils return for pre-season training on Monday and it is highly likely that no new faces will be present on the first day.