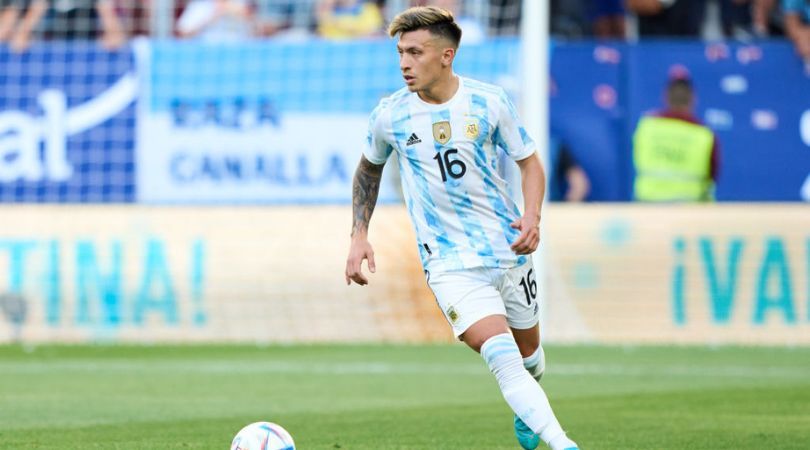 Manchester United will challenge Arsenal for the signing of Ajax defender Lisandro Martinez, according to reports in the Netherlands.

Last week, the Gunners had an opening bid of around €30 million turned down by the Eredivisie champions.  (opens in new tab)

Martinez has caught the north London club’s eye, as they view the centre-back as a player who can compete with Gabriel for a starting spot and provide cover at left-back.

But the Argentina international’s price tag could be about to shoot up further after De Telegraaf (opens in new tab) reported that United have entered the race.

The Red Devils, who are yet to make a signing this summer, are preparing a bid that Ajax can’t refuse in their hunt for defensive reinforcements.

The 24-year-old was a regular under United boss Erik ten Hag last season, making 36 appearances in all competitions before missing the final two months of the season through injury.

He has another three years remaining on his deal in Amsterdam, having penned an extension last October, and he’s valued at €32m on the Transfermarkt portal.

Most of United’s focus so far this summer has been on strengthening the midfield following the departures of Paul Pogba, Nemanja Matic and Juan Mata at the end of their contracts.

New Manchester United boss Erik ten Hag has been speaking to the press as he takes control of the Red Devils. The 52-year-old has confirmed that Cristiano Ronaldo remains a part of his plans heading into next season, while suggesting that he may need patience to transform Old Trafford in his image.

There could be plenty of incomings: Frenkie de Jong remains a key target at £67.5m, while Raphinha of Leeds is on the radar. Jurrien Timber is one name heavily linked, while United are long-term admirers of Lazio man Sergej Milinkovic-Savic.

One slightly leftfield potential buy would be Christian Eriksen from Brentford, who is out of contract following the end of the season.