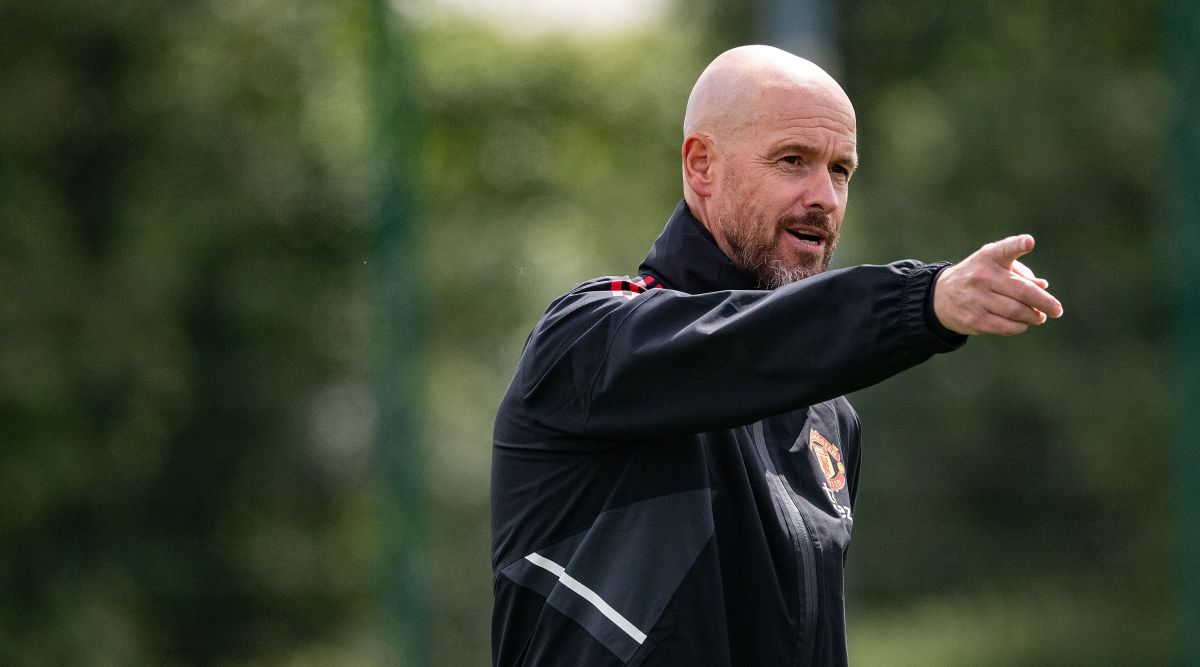 Manchester United want to sign another four players before the end of the transfer window, say reports, with a new midfielder and forward being the priorities.

The Old Trafford club have been busy this summer, bringing in three new faces to work under newly-appointed boss Erik ten Hag.

Christian Eriksen came in on a free transfer, while Lisandro Martinez and Tyrell Malacia were signed from Ajax and Feyenoord respectively.

Talks for Barcelona playmaker Frenkie de Jong have dragged on throughout the summer, and the Manchester Evening News writes that the Netherlands international remains one of United’s priority signings.

The €17m in wages that the midfielder is owed by Barca remains an obstacle, and De Jong would prefer to stay put, but the Catalan club will need to sell players in order to meet La Liga salary caps and register their raft of new signings.

Ajax forward Antony is still a target, despite the Eredivisie club’s €80m price tag, while talks have been held with the agent of Salzburg youngster Benjamin Sasko.

The less pressing ambitions are to bring in a reserve goalkeeper and a right-back, although the latter is unlikely to happen unless a defender is sold first; Aaron Wan-Bissaka, Eric Bailly, Axel Tuanzebe, Phil Jones, Brandon Williams and Alex Telles are all available for transfer.

The season is fast approaching and United have two warm-up games remaining, against Atletico Madrid and Rayo Vallecano.

Ten Hag’s side face Brighton at home in their opening game of the Premier League season on Sunday, 7 August.