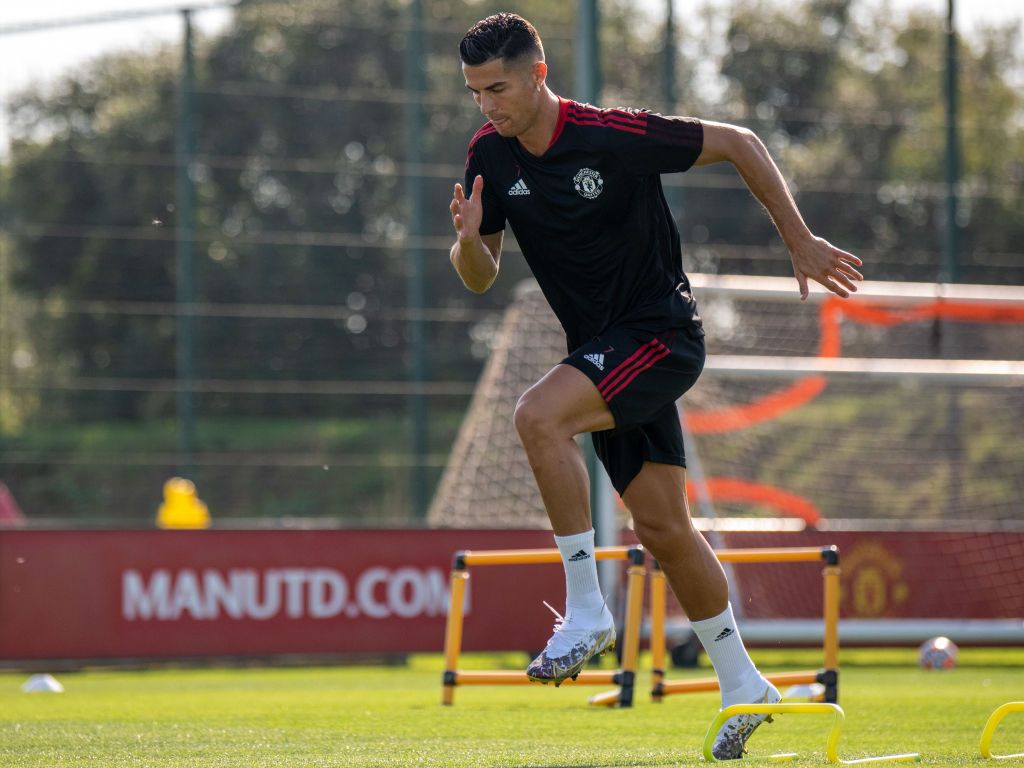 Manchester United are moving for the “next Erling Haaland” as a potential replacement for Cristiano Ronaldo.

The Red Devils hierarchy are still none the wiser as to whether the legendary Portuguese forward will be at Old Trafford next season, according to rumours, with CR7’s agent Jorge Mendes and the player himself having held talks recently with the club over his future.

Incoming manager Erik ten Hag has always publicly insisted that Ronaldo remains key to his plans – though some have claimed that former boss Sir Alex Ferguson was drafted into the negotiations (opens in new tab) to keep the No.7 at Old Trafford for another term.

Regardless of whether the iconic striker remains in England, however, it looks as United are planning for the future with an exciting transfer for a young star.

According to the Daily Star (opens in new tab), Red Bull Salzburg’s Benjamin Sesko is on the shortlist to join the club this summer, with the wonderkid – famed for his Football Manager exploits – dubbed the “next Erling Haaland”.

At just 19, Sesko has been favourably compared to Haaland, who also brought through at the Austrian side. At 6’4, the striker has a similar build and pacy game to the Norwegian, who has joined the Blue side of Manchester this summer.

“Such comparisons motivate me and give me energy,” Sesko said when asked about likenesses to the new City signing. “My team-mates at the club tell me that Haaland and I are very similar, especially in terms of speed. Most of them even tell me that I’m better than him.”

Sesko is not going to be cheap to sign, however, if reports are to be believed.

Despite Transfermarkt (opens in new tab) valuing the teenage Slovenian at just £9 million, some have claimed that his employers are hoping to hold out for around £50m for the winning bidder when it comes to selling. Sesko signed a new deal last year that expires in 2026 – so Red Bull Salzburg are in no hurry to cash in just yet.

The club have plenty of previous, too, when it comes to maximising their assets up front. Haaland was sold to Borussia Dortmund for around £18m, while his successors, Karim Adeyemi and Patson Daka, both left for around £27m a piece.

Manchester United have so far tied up deals for Tyrell Malacia at left-back and Christian Eriksen as midfield reinforcement – as well as all but confirming the acquisition of centre-back Lisandro Martinez – but are still in the market for more players.

Plenty of right-backs have been linked with moves to Old Trafford in recent weeks, while the Frenkie de Jong saga is dragging on, too.

According to reports, the deal to take Lisandro Martinez from Ajax to Manchester United – to reunite with former manager Erik ten Hag – is getting closer. United have led Arsenal on this one for a while, with Martinez set to become Ten Hag’s second signing. The Frenkie de Jong saga is taking increasingly interesting twists, too.

Cristiano Ronaldo has had an offer from abroad to move, as he looks to force a move. Chelsea have been rumoured to be interested – despite Thomas Tuchel’s public indifference – while Erik ten Hag has insisted the Portuguese veteran is not for sale. Paulo Dybala was linked with replacing CR7 at Old Trafford.

Meanwhile, former United star Juan Mata has been rumoured to be a surprise target for Leeds United.