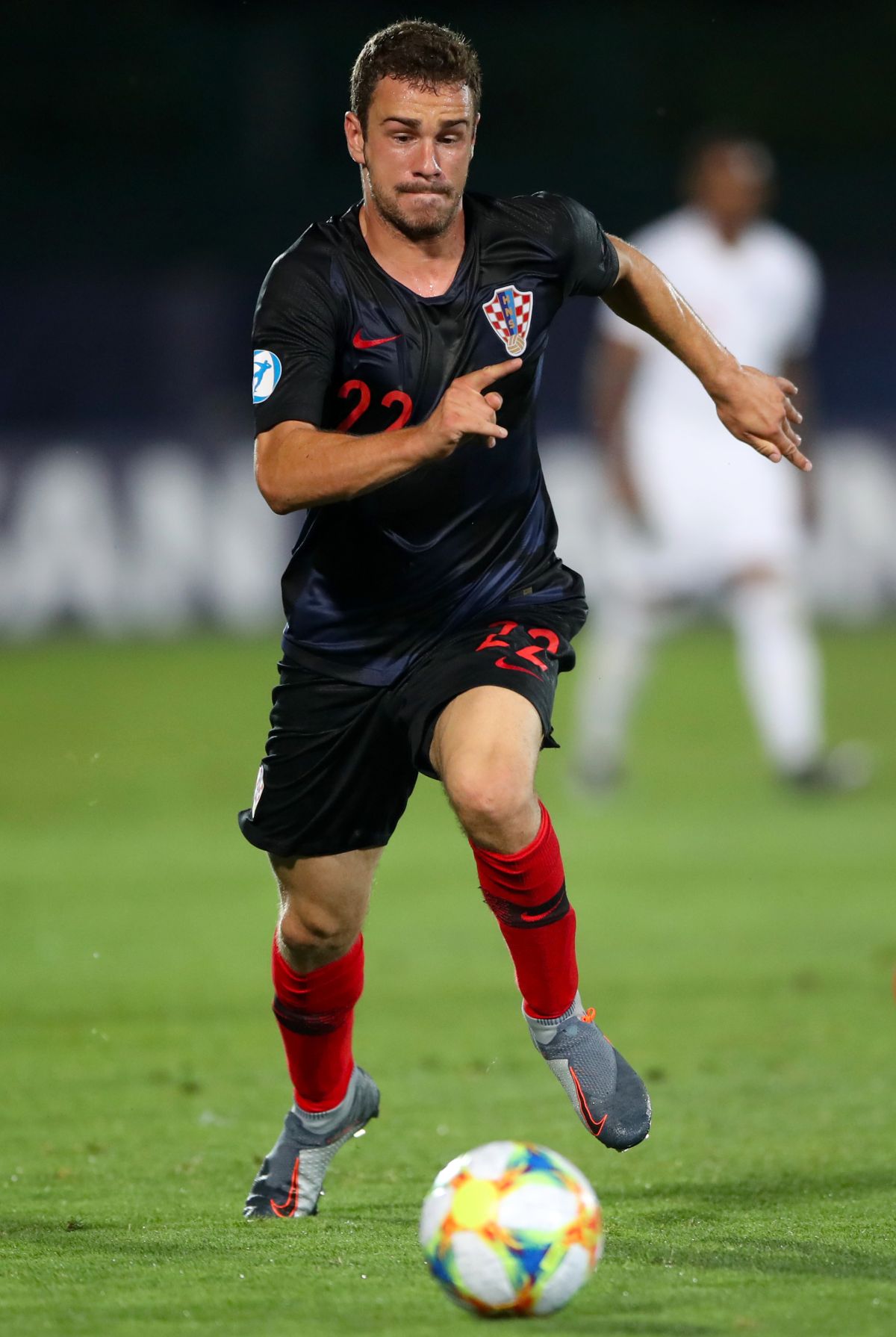 Marijan Cabraja declared himself fit and ready to be pitched straight into Hibernian’s cinch Premiership opener away to St Johnstone.

The 25-year-old Croatian left-back signed for the Easter Road club more than two weeks ago but has been unable to feature in any of their Premier Sports Cup matches or pre-season friendlies as he was only granted a work permit this week.

Despite his lack of action for his new club, he is perfectly comfortable about the prospect of making his debut in Perth this weekend.

“I’m excited and can’t wait to start the season,” said Cabraja. “I’m completely fit so I’m ready if the coach picks me.”

Cabraja, who joined Hibs on a three-year deal after the Edinburgh club paid Dinamo Zagreb an undisclosed fee, spoke to his former Ferencvaros team-mate Adam Bogdan – an ex-Hibees goalkeeper – for advice about moving to Easter Road.

“It’s a new opportunity for me, a new challenge,” he said. “I was excited when I heard Hibernian wanted me – I didn’t have to think too much about it.

“Me and Adam were in touch about it. Adam helped me a lot in explaining how things are in Scotland and so on. He told me all the good things about the club and about the city and said I’d feel good here and find it like another family.

Cabraja feels his experience with Dinamo and Hungarian side Ferencvaros, where he had a spell on loan last term, will stand him in good stead as he bids to follow his fellow Croatian full-backs Borna Barisic (Rangers) and Josip Juranovic (Celtic) in making an impact at the top end of Scottish football.

“It helped me a lot playing for clubs like Dinamo Zagreb and Ferencvaros because – like here – I could feel a winning mentality,” he said. “That is important for me because I am like that myself.

“Without that mentality I don’t think we can achieve something good.

“Me and Juranovic played a lot of times against each other. Him and Barisic have both done very well here in Scotland and hopefully I can do the same.

“I will do my best for the Hibs fans. Hopefully they will see some good defending from me and some good crosses.”

Cabraja was part of the Croatia squad at the Under-21 European Championships in Italy three years ago and he has not given up hope of landing full international recognition.

“Croatia is a really good team so it is hard to get there but I’m still dreaming, so you never know.”