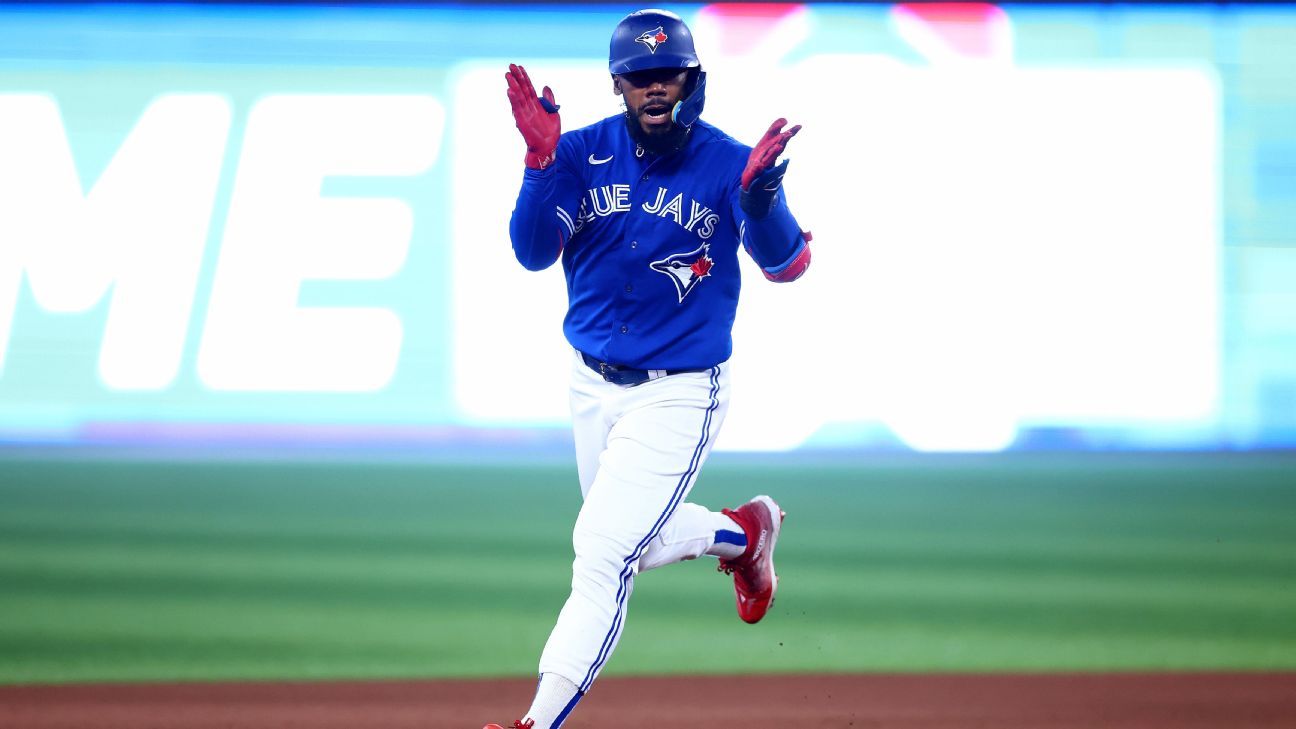 The Seattle Mariners acquired slugger Teoscar Hernandez in a trade with the Toronto Blue Jays on Wednesday, fortifying a lineup in need of another big bat as they try to catch the Houston Astros, their division rival and the World Series champions.

Right-handed reliever Erik Swanson and left-handed pitching prospect Adam Macko went to the Blue Jays, whose bullpen issues last season were most apparent in a 10-9 wild-card series loss to the Mariners that ended their season.

Hernandez, 30, hit a pair of home runs in that game and is a two-time Silver Slugger winner whose power in right field is unimpeachable. He hit .267/.316/.491 last season with 25 home runs and 77 RBIs in 131 games and should man right field alongside the American League Rookie of the Year, center fielder Julio Rodriguez.

“We began our offseason with the intent to add impact and length to our lineup,” said Jerry Dipoto, the Mariners’ president of baseball operations. “In adding Teoscar to an already solid foundation, we feel we’ve become a far more dangerous offensive club.”

Toronto’s willingness to deal Hernandez has more to do with his contract status than the quality of his play. He is due to hit free agency after the 2023 season and is expected to make around $14 million in arbitration. The Blue Jays, sources said, plan to acquire another outfielder this offseason.

In Swanson and Macko, they added one arm expected to help their bullpen this year and another with high-end-starter potential.

Swanson, 29, had a breakout 2022 season, putting up a 1.68 ERA with 70 strikeouts in 53⅔ innings. With a four-seam fastball that has near-perfect backspin and a split-fingered fastball that developed into a strikeout weapon this year, Swanson was a vital part of the Mariners’ bullpen — and will join closer Jordan Romano, Anthony Bass, Adam Cimber, Yimi Garcia, Zach Pop and Tim Mayza in a bullpen that could be a strength for Toronto.

“We got to the point where we felt like the acquisitions on the run-prevention side would help us,” Toronto general manager Ross Atkins said. “It does create some flexibility for us as well, in terms of resources.”

Atkins said the groundwork for the trade started during the general manager meetings last week in Las Vegas and there were “three or four teams” with a significant interest in Hernandez.

“This market for right-handed bats like Teo, he was one of the better hitters in it. We are fortunate to have some depth in that area,” Atkins said.

Macko, who turns 22 in December, struck out 60 over 38⅓ innings in High-A this year and features a mid-90s fastball and a pair of breaking balls that give him significant upside. Born in Slovakia, he graduated from high school in Vauxhall, a small town in the Canadian province of Alberta, in 2019. The Mariners selected him in the seventh round of the 2019 draft.

“If we can put him into a position where he can sustain and haul a full season of innings, he could become, easily, one of the better prospects in baseball. He’s got the arsenal to do that,” Atkins said.

The Mariners could reap an additional benefit provided Hernandez has a typical season: If they tender him a qualifying offer after 2023 and he signs elsewhere, Seattle would receive a draft choice around the 75th pick, with a slot value of around $850,000.