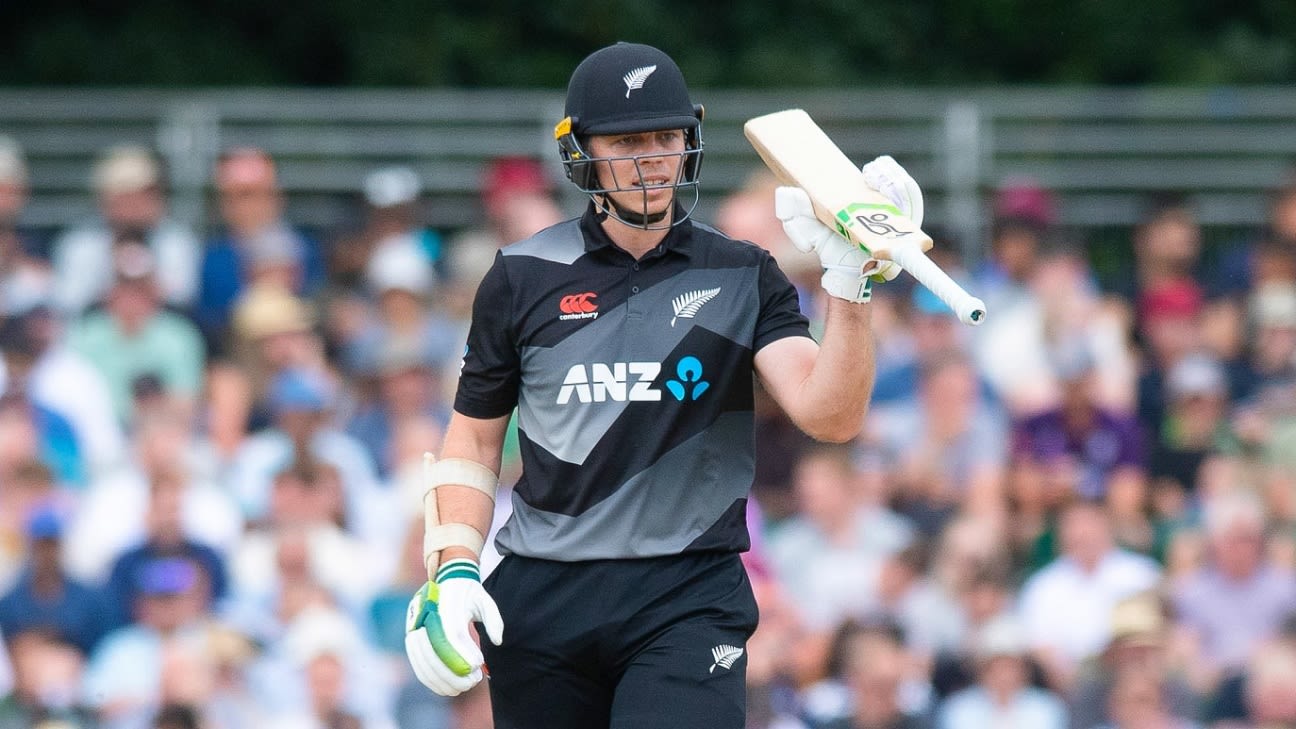 The world-famous Johnnie Walker highball forms the focal point of the award-winning whisky tour on Edinburgh’s Princes Street. It is described by the Scotch blender’s own website as a “balanced mix of smoke, fruit and fizz”. A mile away at The Grange, it was New Zealand’s own highball concoction on parade; and the liquid equivalent’s tagline could easily have applied.

For it was a perfect balance of 18 sixes that saw New Zealand notch their highest ever T20I score of 254, and claim victory by 102 runs. Half-centuries for Mark Chapman and Michael Bracewell were the dominant ingredients, as both made their respective T20I career-bests. Chapman’s 83 came in 44 balls, while Bracewell’s unbeaten 61 was even sharper on the palate at 25.

Chapman smashed seven sixes – getting off the mark with a straight one – after having started watchfully with four dots. A straight-arm jab off birthday boy Mark Watt fizzed to the boundary, while Hamza Tahir dropped short and was smoked for first four and then six.

He also pulled a Chris Greaves drag down to Watt on the boundary in what was his first professional knock since mid-April but there was no apparent rustiness.

“It’s just the nature of international cricket,” Chapman said of the gap. “It took a bit to get going, but once you get one out of the middle of the bat, things come back pretty quickly. We’ve been talking about taking the game on, and being really positive in the way we play. It came off today, and the boys are pretty happy.”

At the other end, Bracewell should not, in fact, have made any. Scotland captain Richie Berrington will lament a drop in the covers long into the night. A relative newcomer to international cricket, Bracewell’s ball striking is as clean as it gets, and that was particularly apparent in Ali Evans’ 19th over, which went for 26.

There was both deftness – slower balls waited on and tucked away either side of the wicket – and force as he plundered 4, 4, 4, 6, 6 off the last five legal balls of the over. The first six, which brought up Bracewell’s maiden T20I half-century, was slog swept over deep square leg.

Meanwhile, Chapman and Bracewell were supported by several other flavourfully fruity knocks: Dane Cleaver made a quickfire 28, Daryl Mitchell smashed 31, and Jimmy Neesham – whose maximum from the first ball of the 20th took New Zealand past 243, their previous highest T20I total, which they hit twice in early 2018 – fell to the final ball of the innings for 28 from 12 deliveries.