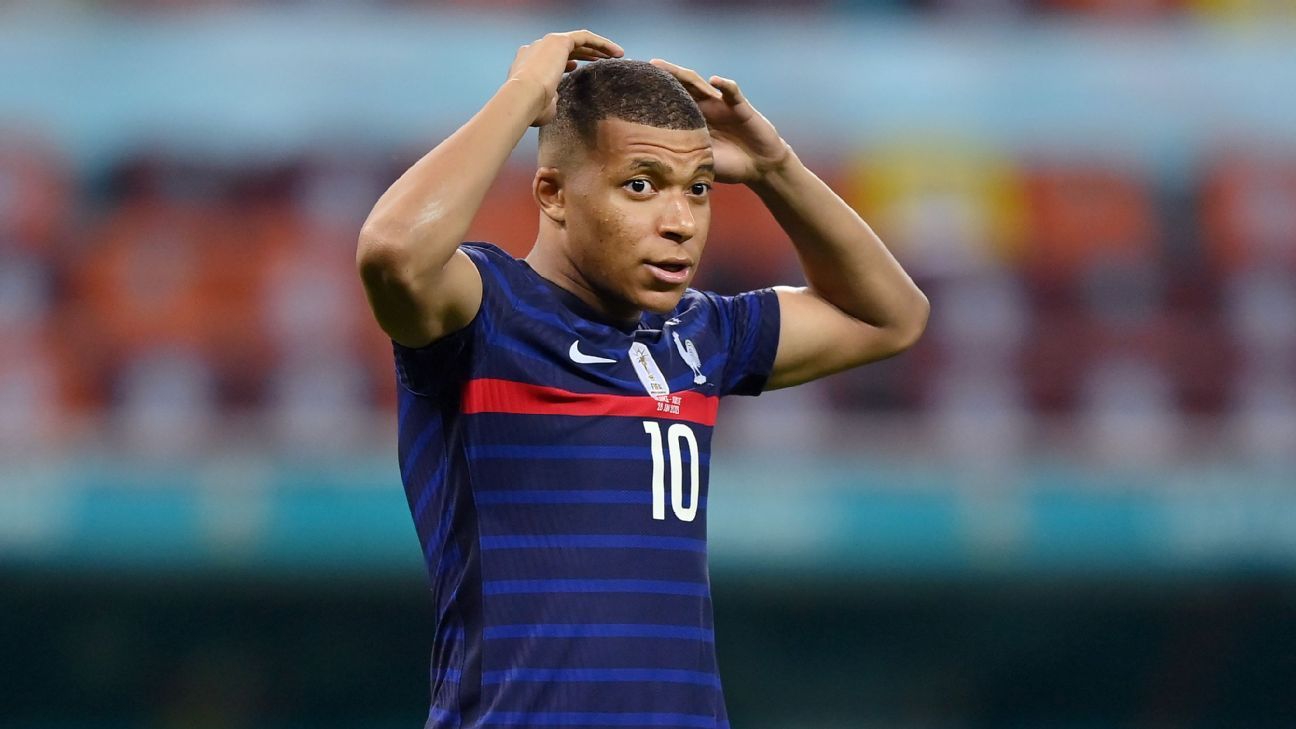 Kylian Mbappe has hit back at French football president Noel Le Graet for saying the Paris Saint-Germain striker wanted to quit the national team over his missed penalty at Euro 2020.

The 23-year-old saw his penalty saved in the shootout against Switzerland which saw France eliminated at the round-of-16 stage.

– Preseason schedule: When, where, who Europe’s top clubs will play
– PSG begin ‘new’ Mbappe era away to Clermont
– PSG to sack Poch: What went wrong & what’s next?
– Don’t have ESPN? Get instant access

Speaking to Journal du Dimanche on Sunday, Le Graet claimed that Mbappe wanted to stop playing for the national team after feeling the French FA failed to defend him following torrid abuse on social media.

However, Mbappe responded to the story on Twitter and said: “I explained to him well that above all else it was in relation to racism, NOT the penalty.

“However, he thought that there hadn’t been any racism…”

Mbappe’s comments come after Le Graet claimed that racism didn’t exist in the sport two years ago and said: “When a black player scores a goal, the whole stadium is on its feet.”

The president received criticism from former France international Patrice Evra who urged him to resign from his role.

Mbappe previously told L’Equipe that he considered taking a break from international football after receiving racist online on social media during the Euros.

“I have so much love for the French national team that I abstract from it all. What shocked me, again, was being called a monkey for the penalty. That is what I wanted support around, not because I took my penalty to the left and [Yann] Sommer stopped it.”

Last week, a FIFA study revealed that more than half of all players at the finals of last year’s European Championship and Africa Cup of Nations were subjected to some form of discriminatory abuse online.