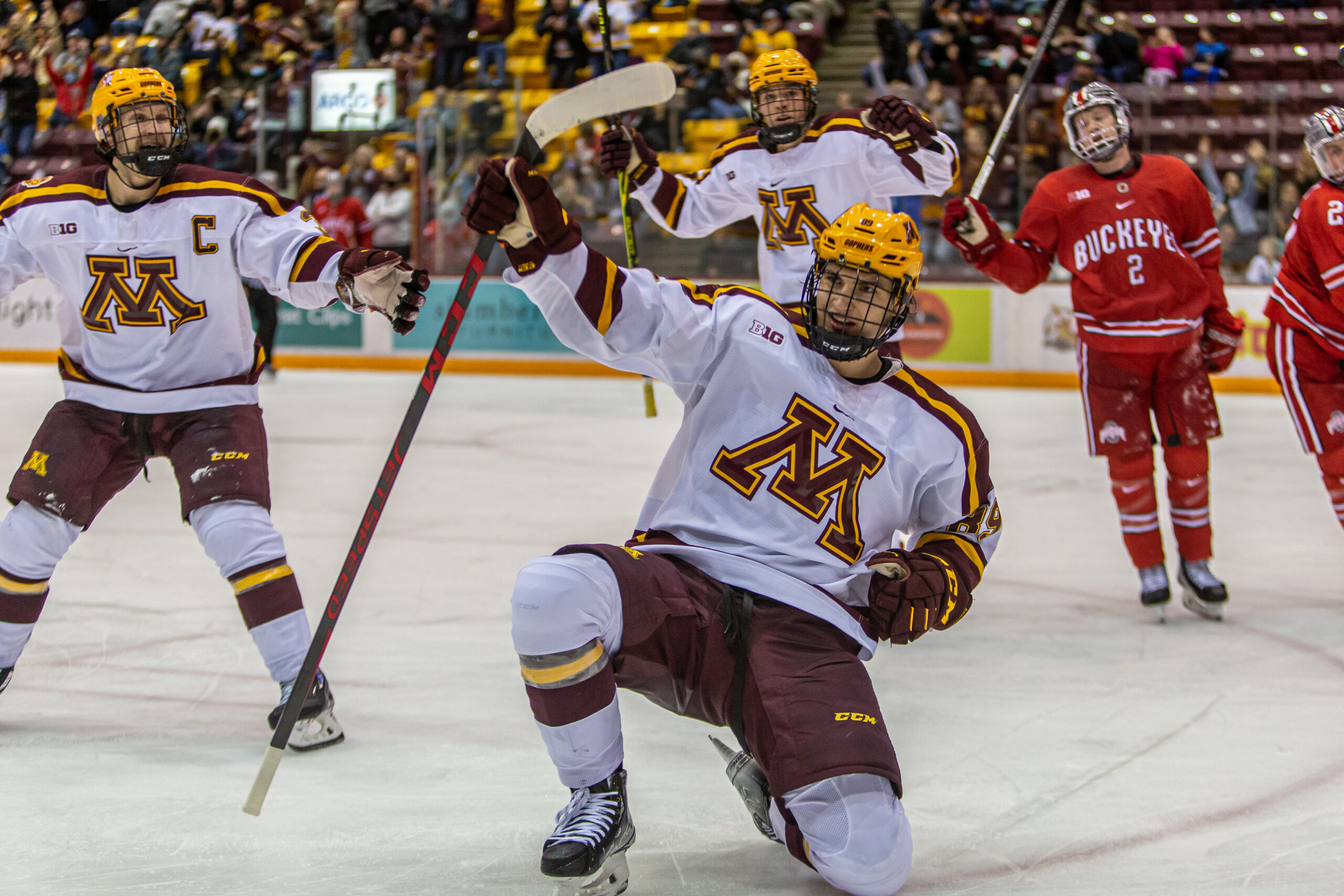 In this edition of Toronto Maple Leafs’ News & Rumors, I’ll take a look at what the Edmonton Oilers’ Connor McDavid has to say about new goalie Jack Campbell. Second, I’ll look at some of Matthew Knies’ experiences being coached at the recent development camp.

Third, I’ll look at a left-wing possibility for the Maple Leafs’ second line. It’s an area of weakness for the team – especially if Alex Kerfoot is leaving. Finally, I’ll note the start of the Maple Leafs preseason games, less than two months away from today.

The Edmonton Oilers’ Connor McDavid has faced a lot of pressure in the prairie city because it has such rabid fans. However, from what you can surmise from his recent comment about new goalie Jack Campbell, McDavid is pretty sure that Campbell will have an easier (or just as easy) time in Edmonton than he had in Toronto.

When McDavid was asked whether the team’s new goalie would benefit because he was moving from one Canadian market to another by coming to the Oilers, he was pretty clear about what he felt.

McDavid then went on to say that “Obviously, this (Toronto) is the hockey hotbed and there’s a tremendous amount of pressure on whoever fills that net. He’s occupied that job for the better part of two years and he’s done a great job doing it, so I’m sure he’ll transition smoothly.”

McDavid will have a lot of time to watch Campbell in action. The Port Huron, Michigan, native signed on for a five-year contract at $5 million per season.

After the Maple Leafs’ recent development camp had finished, Matthew Knies revealed that he had better clarity about what he needs and plans to focus on as he works to improve his game. It’s his skating.

Knies was pretty clear that NHL success starts with good skating. He noted, “I can be a better skater. The NHL is super-fast. Same with shooting and stride. Shooting underneath my feet in odd areas was a huge thing that they harped on me. There are quite a few elements that I could work on.”

Interestingly, Knies’ comment gives some sense that the development camp isn’t just fun and games. There’s also some intense and pointed instruction. He noted that “shooting underneath my feet” was something they “harped on me” about. Obviously, even the star prospects get some pointed tips.

Knies will work to develop his game this season playing for the University of Minnesota. Although the Maple Leafs found him at the 57th overall pick in the 2021 NHL Entry Draft, the organization believes he has the makings of a top-six power forward. (from “Skating, shooting on Matthew Knies’ to-do list in NCAA before signing with Maple Leafs, Terry Koshan, Toronto Sun, 22/07/2022).

Yesterday my THW colleague Shane Seney wrote a post suggesting there were trade targets the Maple Leafs could pursue at left wing. Interestingly, looking at non-tendered RFA’s there’s a left-winger out who might be a nice match for the team’s second line. And, he seems like he might be available as an inexpensive option. That’s Sonny Milano.

Related: A Blackhawks’ History: Irrelevance to Prominence & Back Again

Milano could be a middle-six option with some scoring knack. That the Anaheim Ducks let Milano walk seems like a surprising move after he showed scoring promise last season by scoring 14 goals and adding 20 assists (for 34 points) in 66 games. Is there a Michael Bunting story here?

For Milano, it was a breakout season where he set offensive career-highs. On the Ducks, who were near the bottom half of the NHL’s standings, he ranked seventh on the team in scoring. Given that the Maple Leafs also use advanced analytics as one measure when assessing players, it helps that Milano’s underlying metrics at five-on-five suggest the Ducks were a better team with him in their lineup.

Milano has the reputation as a player who could also drive the play. Evolving Hockey projects that he’ll sign a one-year deal at around $1.05 million after coming off the two-year, $3.4 million contract he had signed with the Ducks. Might the Maple Leafs try to sign him despite limited salary-cap space?

I have my eyes on the Ottawa Senators this season, especially after the signing of Alex DeBrincat and (vice versa) having Matt Murray in the fold for Toronto. Less than two months from today, on October 24 the Maple Leafs and the Senators square off at Scotiabank Arena for the start of the preseason.

New Senators’ goalie Cam Talbot spoke about his new team the other day, “Everyone’s going to be watching us a little bit more now and take us more seriously.” Talbot suggested that “It’s an exciting time in Ottawa. You can tell by the moves they made, that they’re obviously going in the right direction. I’m really excited.” (from “For the Maple Leafs, a deeper Atlantic raises the stakes,” Kevin McGran, Toronto Star, 23/07/2022).