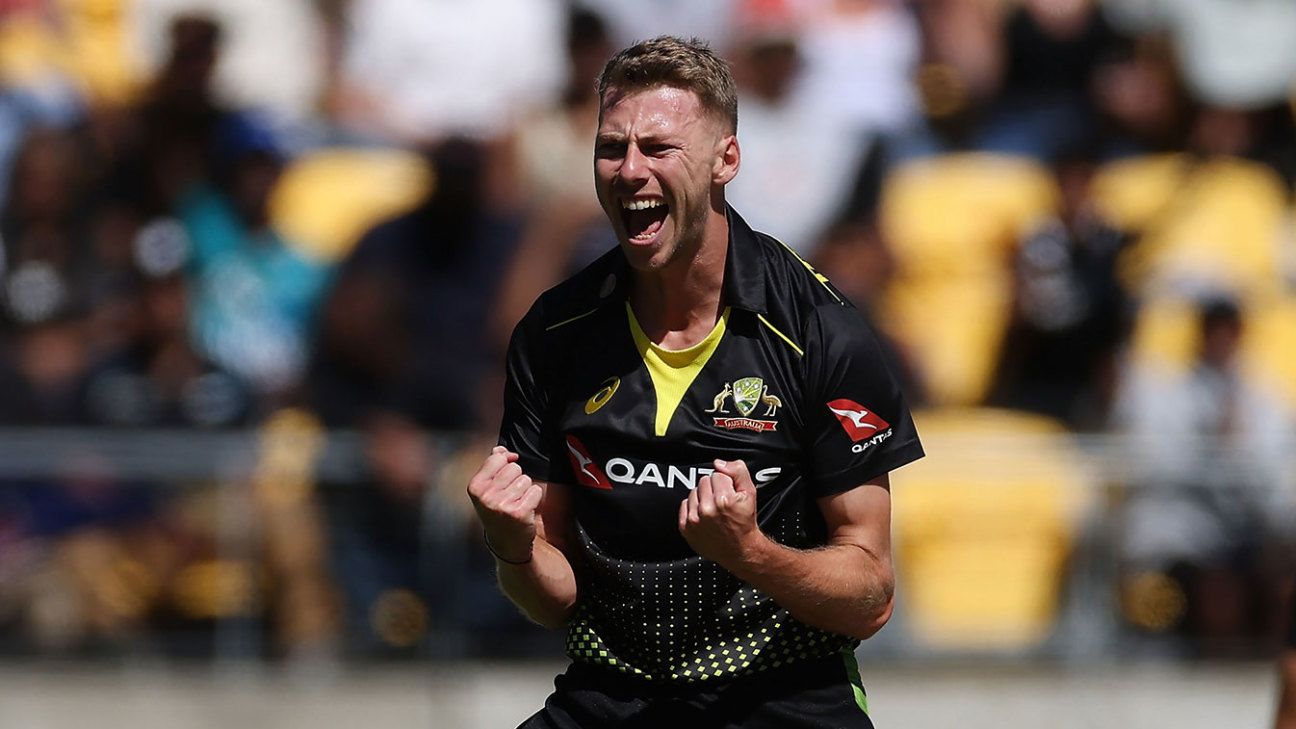 Tasmania paceman Riley Meredith has been called into Australia’s squad for the final ODI against England in Melbourne on Tuesday with Mitchell Starc staying back in Sydney to rest ahead of the first Test against West Indies next week.
Ashton Agar also won’t play the final ODI after leaving the squad to head to Canberra ahead of the four-day pink-ball Prime Minister’s XI match against West Indies starting on Wednesday.

Meredith, who has played one ODI and five T20Is, was the lone paceman at today’s optional session at a cold and damp MCG. He has had a strong start to the season in domestic cricket claiming two five-wicket hauls and a four-wicket haul across eight Marsh Cup and Sheffield Shield games this summer and remains firmly in Australia’s long-term white-ball plans.

Pat Cummins is likely to return to the side as captain having rested from Saturday’s win in Sydney.
Australia does have Sean Abbott already in the squad for Melbourne, having joined the group after Glenn Maxwell was ruled out of the series. He looks set to play in Tuesday’s dead rubber after Western Australia left-arm swing bowler Joel Paris was flown to Canberra to join the PM’s XI squad as Abbott’s replacement.

Josh Inglis, who will captain the PM’s XI on Wednesday but had joined the ODI squad in Sydney after Cameron Green was flown home to rest ahead of the Tests, remains in Melbourne but spent most of his net session indoors facing pink balls.