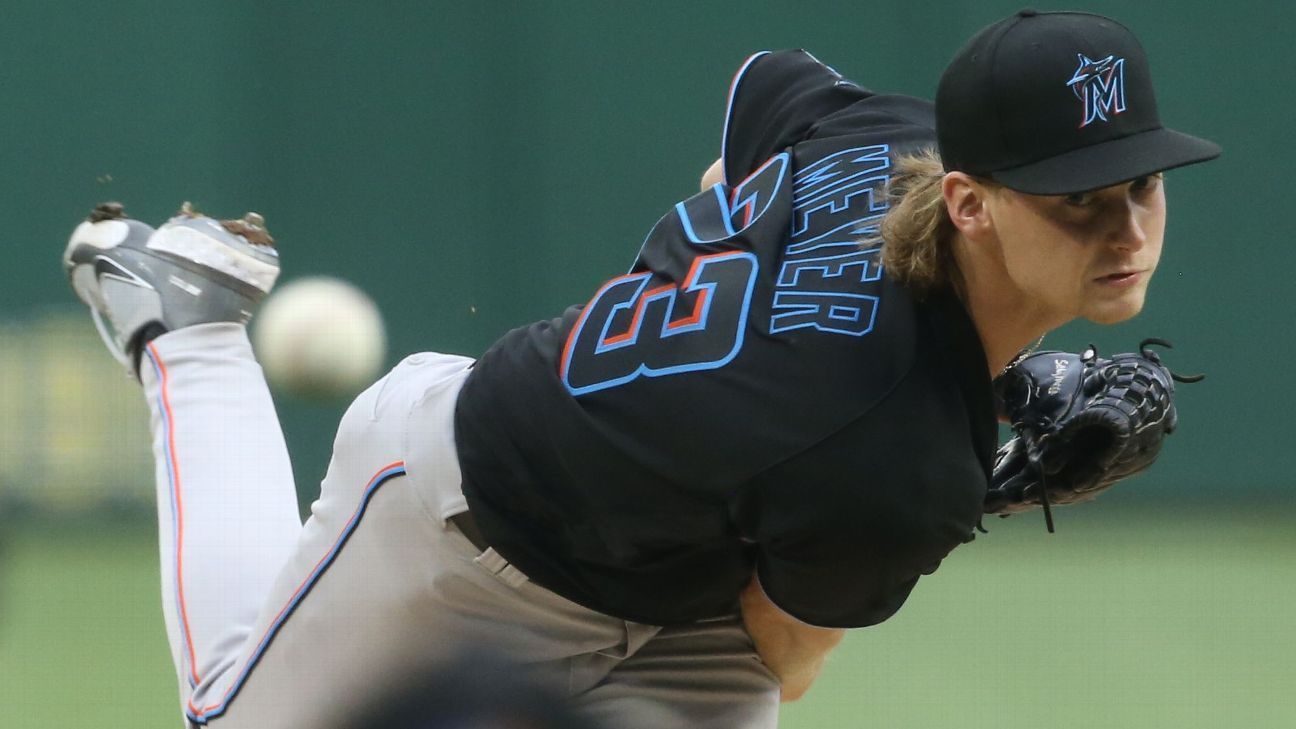 Meyer underwent an MRI on Monday which revealed the injury and the decision to have the surgery was made after he consulted with multiple doctors.

The surgery will be performed by Dr. Neal ElAttrache in Los Angeles on a date that has not yet been determined.

Meyer is one of the top prospects in baseball and was ranked No. 33 overall before the season by ESPN’s Kiley McDaniel.

Meyer faced three batters and threw only 10 pitches before being removed in the first inning of his start last Saturday against the Pittsburgh Pirates. The Marlins had placed him on the 15-day injured list Sunday.

The third overall pick in 2020 draft, the 23-year-old Meyer made two starts this season before the injury and finishes the season with an 0-1 record and a 7.50 ERA in six innings pitched during which he allowed five runs, seven hits, including two home runs, struck out six and walked two.