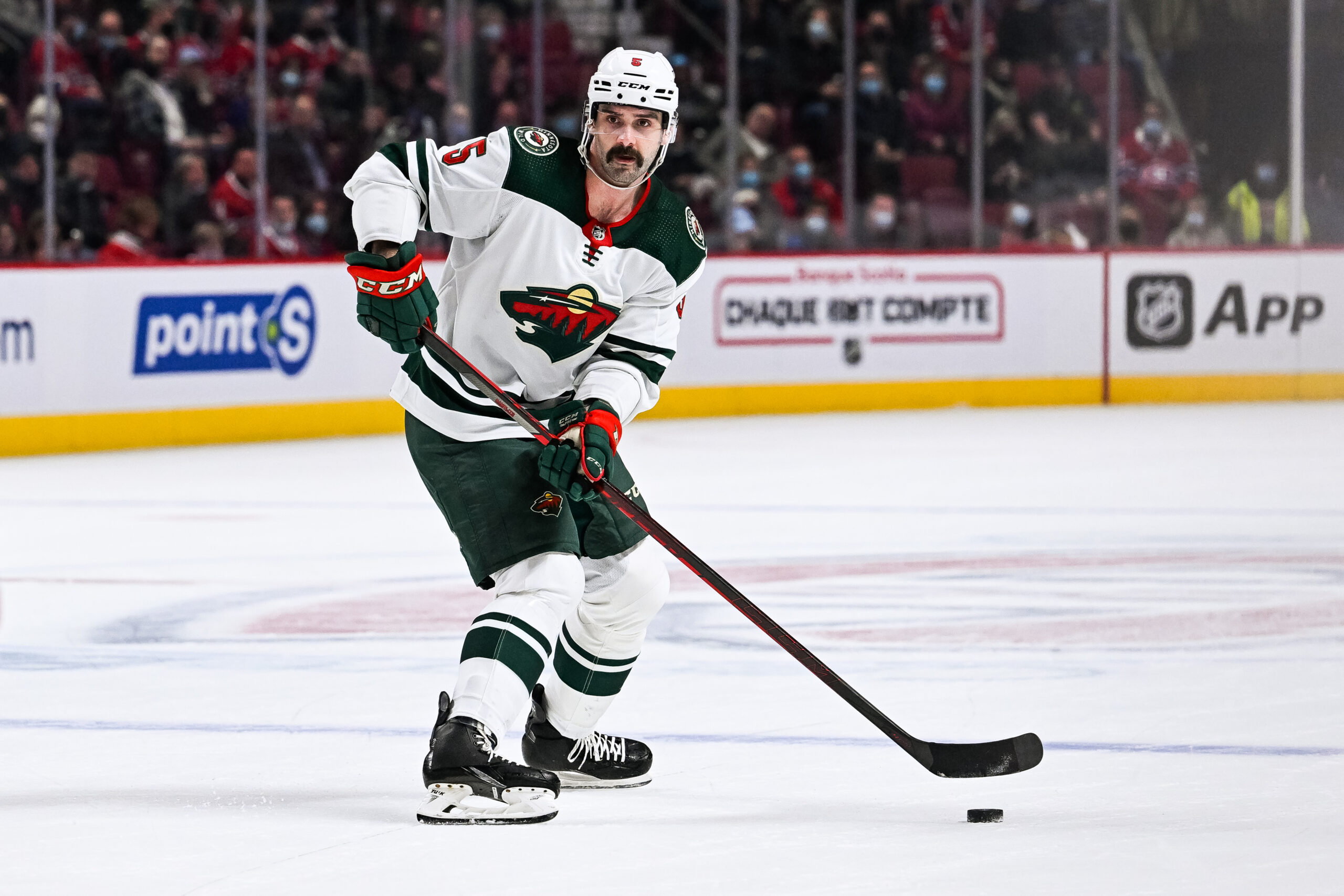 After going through the majority of the Minnesota Wild defensemen, it’s time for one of the most entertaining players to join the Wild roster this season and that was Jacob Middleton. He came in at the 2022 NHL Trade Deadline in a deal that sent former Wild goaltender Kaapo Kahkonen to the San Jose Sharks. He was definitely a unique personality when he joined the lineup and he fit right in.

Middleton didn’t miss any time for the Wild due to injuries, the only game he missed while with the team during the regular season was the day he was traded and obviously, that’s understandable, as he was traveling. He joined them for the very next game and didn’t miss any more for the rest of the season and postseason.

For someone that thought they’d spend most of their time in the American Hockey League, Middleton was in a for a big surprise. He made it into the NHL with the Sharks and then was traded part way through the season to a team that was well on its way to the playoffs. He played about a quarter of the season with the Wild and it appeared to be more than enough time for him to become acquainted with his new team.

Middleton played 21 games for the Wild and tallied five points, one goal, and four assists. Not the best offensive stats but he is a defenseman early in his career. He did rack up 13 penalty minutes and 22 shots on goal, he just couldn’t get anything past the goaltenders. As far as special teams go, he didn’t have a lot of time on the penalty kill but through those 21 games, he played 31:04 while shorthanded.

While the time Middleton spent on the penalty kill may seem low, it’s nothing compared to the little time he spent on the power play. His time added up to 37 seconds, through all those games. His special team’s numbers were fairly low but he raked in the blocked shots in his short time with the Wild. He blocked 35 shots, cruising past the majority of Wild forwards and almost caught up to fellow defenseman Jordie Benn who had 41 but played in 39 games, 18 more than Middleton.

While Middelton’s offense was low, he was another defenseman in the bottom half of the Wild’s roster that prioritized his defensive skills and used his 6-foot-3, 219-pound frame to his advantage and got in the way of a lot of shots. He also used that body to throw 29 hits, which ranks quite low on that list, though he didn’t have a lot of time to show what he could do.

Middleton took part in all six of the Wild’s postseason games and, surprisingly, recorded a point as he assisted on Matt Boldy’s goal in Game 4 that got them within one of the St. Louis Blues but they couldn’t finish the comeback and lost. He also tallied two penalty minutes and nine shots on goal. Nothing super impressive but those shots on goal did have him tied for ninth on the team.

Switching to Middleton’s defensive stats, he had seven hits that landed him just outside the top five on the team but he had 11 blocked shots that secured his second-place spot just behind Jon Merrill who blocked 12. He struggled in the giveaways department with four and only two takeaways.

Again, like Merrill, Middleton’s defensive stats were consistent in the postseason and while he recorded a point, he still focused mainly on defense. The one thing the majority of the Wild’s defense could work on for next season after looking closer at their stats was their giveaways and takeaways, mainly their giveaways. The puck tends to come off their sticks a little too easily with each defenseman having a high number of giveaways during their short postseason this year.

With Middleton, it’s a little harder to give a grade because he clearly has a lot of potential and is just getting started on his NHL career. He’s been in the NHL for four seasons but has only played 80 games over that time without really having time to get used to the league. This season was the first one in which he played more than 10 games and while he only registered a combined 14 points between his two teams, he showed that he can score some points even if it’s small numbers.

It’s also important to remember that Middleton did stay steady with his defensive numbers and remained focused on blocking shots. He fit right in when it came to the Wild’s locker room, which was also a plus. So, his overall grade is a B+, as he did well defensively for the Wild in his short time and even scored some points. Having said that, he does need to work on limiting the number of giveaways next season.

It’s hard to say if the Wild will hang onto Middleton since he’s a restricted free agent. Hopefully, they can because he fits in so well and has a lot more to give. Since he’s already blocked so many shots, the Wild can’t pass up having the chance to see him block more. Plus his press conferences are some of the most entertaining the Wild have had. Both of those are great reasons to keep him around at least one more season. If his stats aren’t up to par after next season, then decide what to do next, but give him at least one more chance in 2022-23.