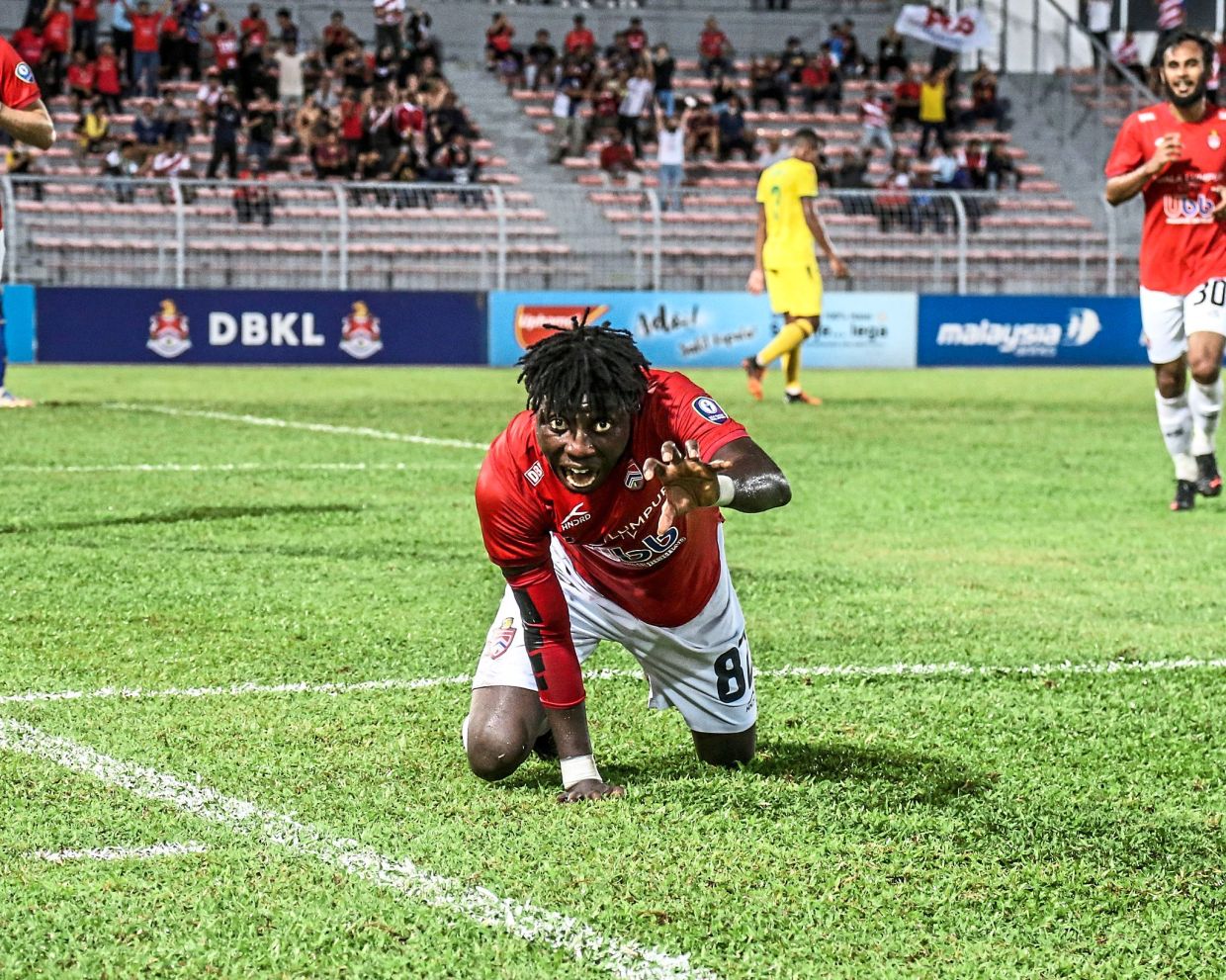 And he did in style by scoring twice in the City Boys’ 2-1 win over Kedah in their Super League encounter at the Cheras Football Stadium on Wednesday.

A loanee from Terengganu, Mintah, 26, cut a forlorn figure up front in his first three matches. His teammates failed to provide the ammunition and when there were chances, his shots were either saved or they hit the posts.

But against Kedah, he stepped onto the pitch with guns blazing.

The Canaries, however, drew first blood through Aiman Afif Md Afizul in the 41st minute. But the hosts fought back strongly in the second half.

Mintah found the net when he converted a penalty in the 56th minute after rightback Kamal Azizi Zabri was fouled in the box.

And he showed his relief when he thumped the Kuala Lumpur badge and did the panther prowl in front of the home fans.

Sixteen minutes later, he capped a memorable night when he headed in off a cross from Romel Morales.

Mintah admitted that the first few days with his new club was not easy as he joined them towards the tail end of the second transfer window.

“I joined them a bit late so I did not have much time to train, get to know the players and so on. But game by game, things got better and in my fourth game, I finally hit the back of the net … not once but twice!” he exclaimed.

“I have to thank the coaches and teammates who kept motivating me. Now that I have found my goalscoring touch, I hope to put the club in a better position by scoring more.”

Kuala Lumpur have now moved up four rungs to fourth with 18 points from 13 games while Kedah are fifth with 17 points from 12 matches.

Coach Bojan Hodak is optimistic Mintah will keep on scoring.

“When the confidence comes, every ball will go into the net. That’s the life of a striker. Mintah has got that and his two goals will give him a tremendous boost,” he said.

As for the team’s performance, Hodak said there’s always room for improvement.

“Attacking-wise, we have to be more clinical. We have been dominant in the second half in the last three games, but we need to convert our chances. Defensively, we can be a bit better too.”