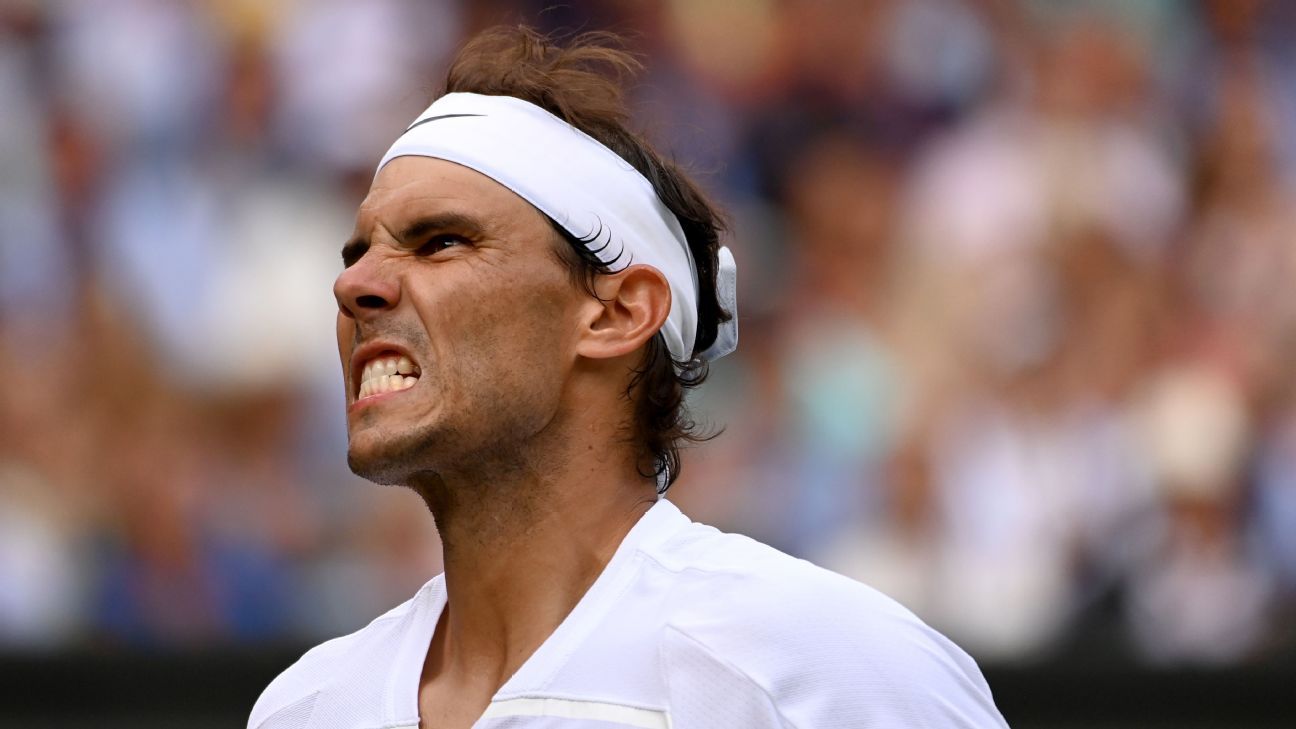 Rafael Nadal has withdrawn from next week’s US Open tuneup event in Montreal due to the same abdominal strain which forced him to miss his Wimbledon semifinal last month, he said Friday.

Nadal, who is No. 3 in the world rankings, had his quest for a calendar Grand Slam end after he pulled out of his anticipated Wimbledon showdown vs. Australia’s Nick Kyrgios less than 24 hours before the match.

The 26-year-old Nadal, who has won 22 major titles, is a five-time champion at the ATP 1000 event in Montreal, which begins Monday.

“I have been practicing for a while now without serving and started with serves four days ago. Everything has been going well, however yesterday, after my normal practice, I felt a slight bother on my abdominal and today it was still there,” Nadal said in a statement.

“After speaking with my doctor we prefer to take things in a conservative way and give a few more days before starting to compete.”

Wimbledon champion Novak Djokovic, who can’t enter the country without being fully vaccinated against COVID-19, also withdrew from the event on Thursday. Britain’s Andy Murray was given one of four wildcards.