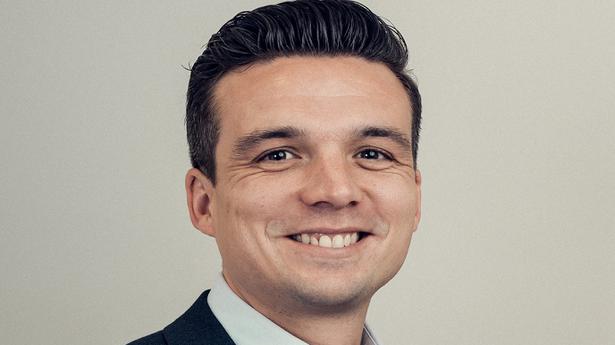 The colts of Kerala Blasters and Bengaluru FC started their Next Generation Cup (Next Gen 2022) campaign with losses against Tottenham Hotspur and Leicester City, respectively, but the flavour of the two matches had a stark contrast.

While it was a complete surrender by the Kerala boys in a 7-0 loss to Tottenham, their southern neighbour Bengaluru showed spirit and thorough perseverance to clinch three goals in the second half after initially going down 6-0. The game ended with a 6-3 score.

Though the two young Indian teams suffered heavy losses in the opening match of the competition, the experience the boys gained from playing against considerably stronger opponents is priceless.

Neil Saunders, Director of Football of the Premier League, echoed the same sentiment.

Saunders, a former player, says that the eight-year mutual cooperation agreement between the Premier League and the Indian Super League (ISL) is a positive and important step towards propelling a healthy footballing culture in India.

“I am sure the Kerala Blasters team learnt a lot from the experience, and I always say that you learn more from defeat than victories. They should reflect on this performance and be ready for their match [against Crystal Palace] on Saturday. They can take this experience back home which will help them in their development process,” says Saunders when asked how he rated the Blasters’ performance against the Tottenham boys.

Before taking on the role of Director of Football, Saunders donned the hat of Head of Youth and was responsible for leading the delivery of the Premier League’s Elite Player Performance Plan (EPPP) which aims at nurturing and developing homegrown players.

Clubs like Bengaluru FC runs their academies with efficiency and a long-term vision of spotting and developing talents. Sivasakthi Narayanan, who scored a second-half brace against Leicester, is an ideal example. Overall, however, football in India at the grassroots level is haphazard. From lack of planning to a dearth of funds, the basic level lacks a proper structure.

“We have helped the ISL with some of the regulations around youth development. That is a positive step and ultimately it is through these academy programmes that the future players of India will come from. India is still in the early stages of work when it comes to player development, but I have seen some positive work,” Saunders says.

Saunders says playing stronger opposition is one of the best ways to measure development and that the plan is to bring more teams from India and expose players to world-class training facilities. “The opportunity to play against competitive opponents is key and I hope that the Next Gen Cup helps the Kerala Blasters and Bengaluru FC players, but overall, I hope our partnership with the ISL will give chances to more young players to get a chance to play against some of the best young players in England.”

The Premier League and the ISL are resorting to a three-fold process for the overall development of Indian football. There are three main branches of focus – the players, the coaches and the referees.

Players: The Next Gen cup will provide the players with crucial game time and also give the Indian players the chance to experience and see how youth football functions in England.

Coaches: Coaches play a huge role in developing young players and Saunders says that is an important point of focus. “The coaches of Kerala and Bengaluru are also here, and they have the same learning opportunity and a chance to pit themselves against English coaches and take the valuable experience back home to support not just the current crop of players but also the next generation,” he says.

Referees: The third pillar of the process involves having a number of Indian referees at the Next Gen Cup and to provide them with a great chance to officiate at a higher level.

Be it the Premier, the ISL or any other league for that matter, referees are under scrutiny everywhere. Expected to be omnipresent and spot on with their decisions, the pressure is immense for officials and their decisions often invite ire from the players, coaches and fans.

“The ISL is constantly evolving, and standards are constantly rising. This is something the PL is also focused on,” he says. We have just launched a partnership with the Professional Game Match Official Limited (PGMOL) to support the current referees and ensure that we have a pipeline of talent coming through and using some of that learning with the ISL which also has a partnership with the PGMOL.”