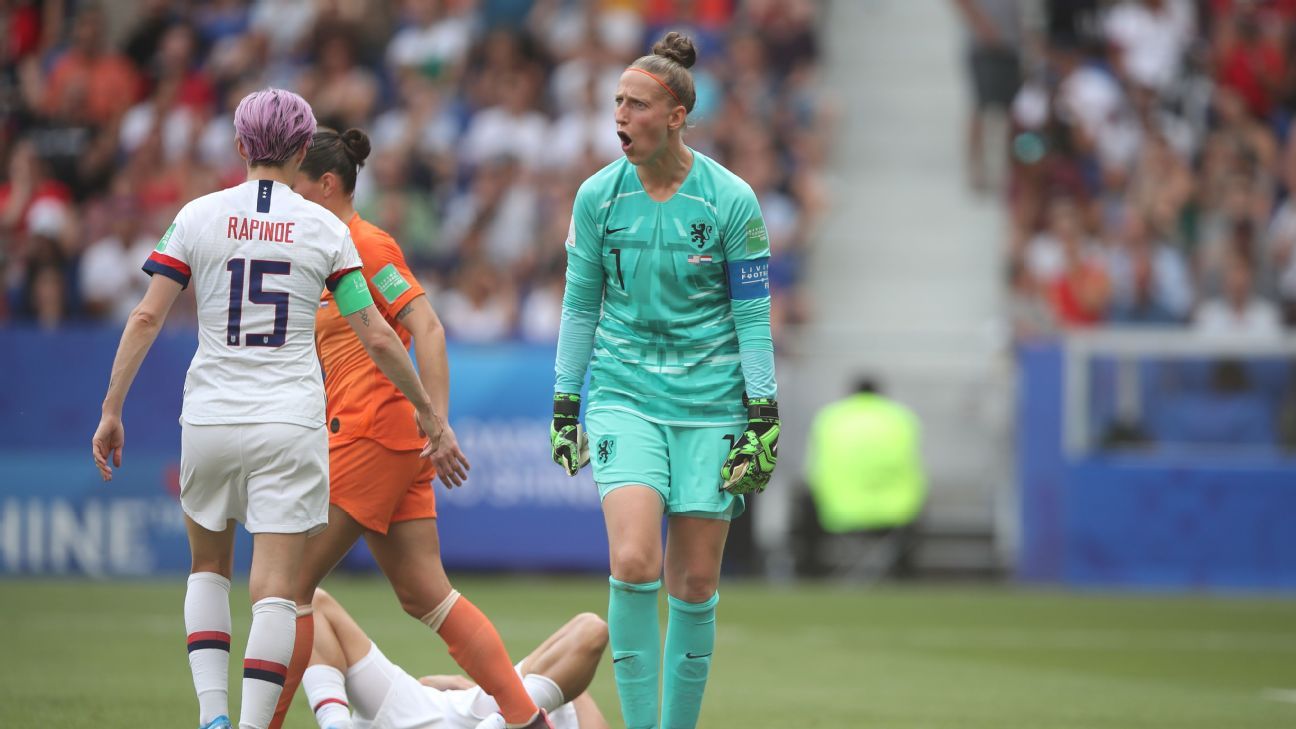 Netherlands captain and PSV goalkeeper Sari van Veenendaal has announced that she is retiring from football “to explore different things.”

Van Veenendaal, 32, won the 2017 Euros and was part of the 2019 Netherlands World Cup squad who were runners-up to the United States. She retires after a club career in which she played in the Netherlands, England and Spain.

Her Euro 2022 experience was cut short when she went off in the first game injured and it was later announced that her injury would keep her out for the rest of the tournament in a big blow to the reigning champions.

“It’s time to say goodbye to the game,” she wrote in a statement on social media. “It has always been ‘all in or nothing’ for me. Everyday I tried to achieve the max. I’ll be forever grateful to have been in a position to win trophies and to share beautiful moments on and off the pitch with so many great people.

“It makes me so proud and happy that young girls can say they want to be a professional football player. It exists. And football has given me many more memories to cherish. I’ll do so forever.

“I no longer want to be on the pitch every day, and to get the most out of it every day. It’s time to explore different things. It is my decision to say goodbye and this feels [like] the right moment.”

Van Veenendaal started her career with Utrecht in 2007 before moving to Twente in 2010, where she won the Eredivisie.

In 2015, she moved to Arsenal and stayed there for four years. During her time in London she won the Women’s Super League, the FA Cup and the FA WSL Cup.

In 2019 she moved to Atletico Madrid and then joined PSV in May 2020 on a free transfer.

She was named in the Euro 2017 Team of the Tournament and won the Golden Glove at the 2019 World Cup. Later that year she was also named FIFA’s The Best Goalkeeper.

“My dreams did come true and I hope that the women’s game will fulfil many more dreams to younger girls. Keep believing, have faith and enjoy the journey,” she added. “I’ll chase new dreams.”