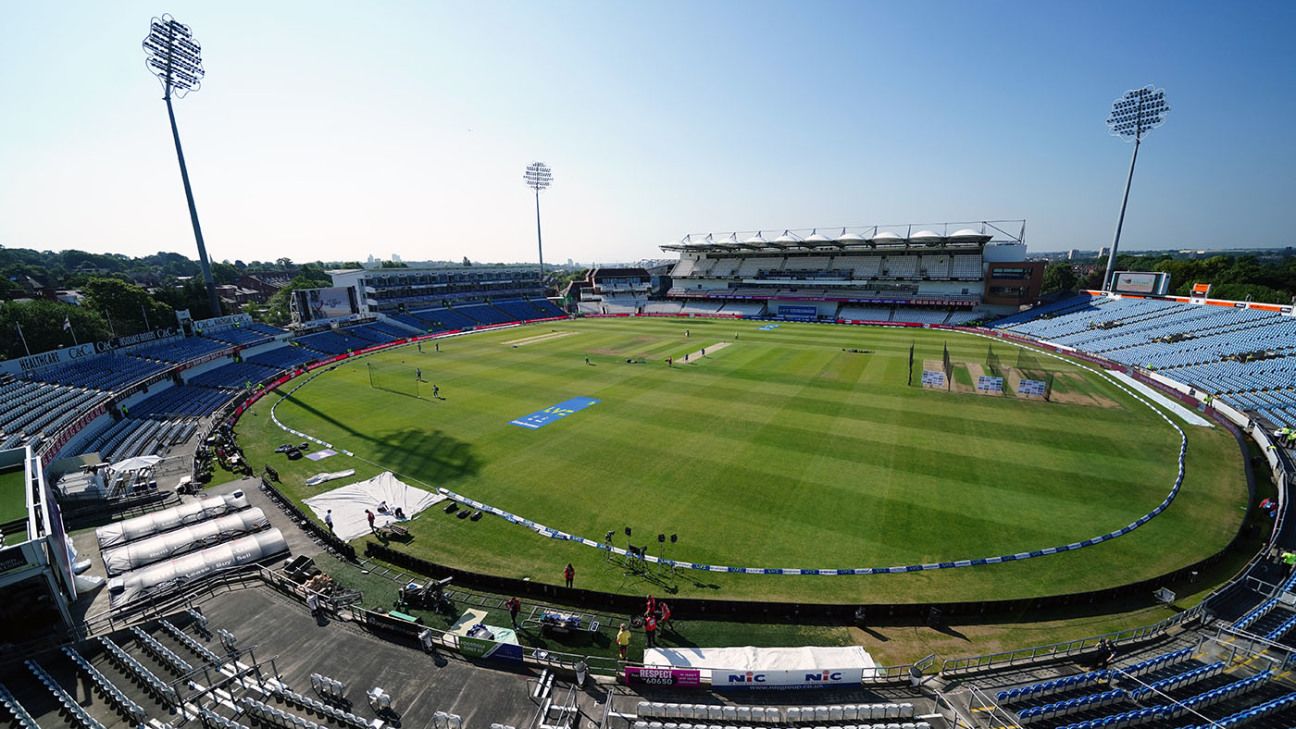 Kane Williamson won the toss for New Zealand and chose to bat first, as the third LV= Insurance Test against England prepared to get underway at Headingley.

On a straw-coloured pitch that was described as a “featherbed” by Nick Knight on Sky Sports, Williamson’s decision was no surprise – Ben Stokes, England’s captain, said he would have batted first too.

“The sun is out, and it’s quite challenging to read, but we’ll try to make use of the surface,” Williamson said, as he prepared to lead his side once again after being forced to miss the second Test at Trent Bridge due to a positive Covid test.

His return is one of two changes to New Zealand’s line-up, with Neil Wagner set to make his first appearance of the series in place of the injured Kyle Jamieson. Michael Bracewell, who impressed with bat and ball on debut last week, is retained as their spin option, with Matt Henry missing out of a three-pronged seam attack that will be led once again by Tim Southee and Trent Boult.

“We’ve got five guys that you can pick from, that all bring something different,” Williamson said of New Zealand’s seam options. “Maybe Neil Wagner can give us that little point of difference.”

Talking of points of difference, England have named one of their own, with the 90mph pace bowler, Jamie Overton, set to play his first Test after impressing for Surrey with 21 wickets at 21 apiece in the County Championship this summer.

Shortly before the toss, Overton was presented with his cap by his twin brother Craig, who misses out of the XI that was confirmed by Stokes on Wednesday. Jack Leach was also presented with a cap to mark his 25th Test appearance – James Anderson did the honours for his team-mate, after being rested for this match after sustaining an ankle niggle.

“Jamie’s thoroughly deserved his opportunity this week,” Stokes said. “We’ve made it clear we want a point of difference in our bowling attack if we possibly can. Jimmy and Jamie are different bowlers, but it’s very exciting to know we’ve got someone who can bowl with some real pace and aggression.”

For England, 2-0 up in the series, the Headingley Test offers Stokes’ team a chance to double down on their new aggressive brand of cricket, best exemplified by their remarkable 299-run chase at Trent Bridge.

“It’s fantastic,” Stokes said. “The way in which we did it was the most pleasing thing, we were either winning that game or losing it, but we’ve built something great over the past two weeks. We’re carrying a lot of good momentum into this week, and hopefully we’ll entertain a few people as well.”