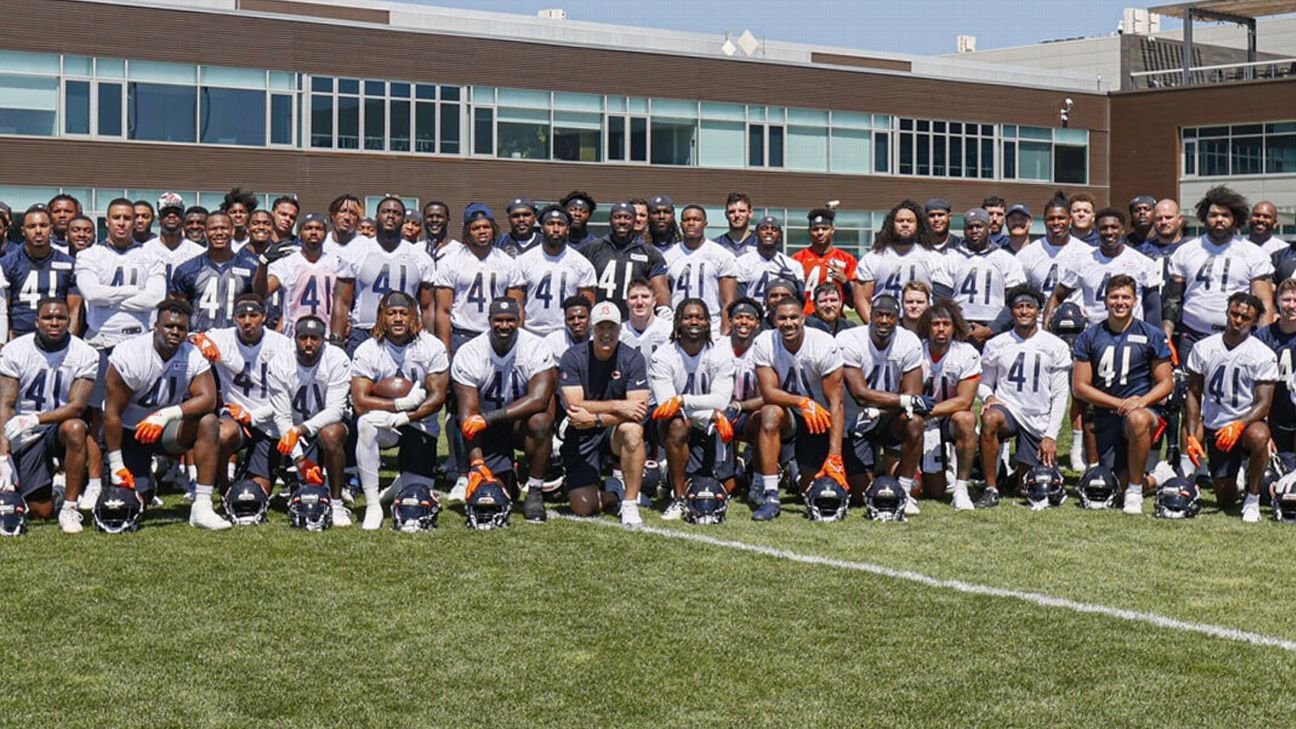 While many NFL teams decided to finish minicamp business on Wednesday, several teams practiced through Thursday, using the final day of mandatory minicamps to have some fun and pay tribute to the past.

The Chicago Bears did the latter on Thursday, as every player wore No. 41 as a remembrance of fullback Brian Piccolo, who died of cancer on June 16, 1970, and was the subject of the movie “Brian’s Song.” As far as fun is concerned, the New Orleans Saints unleashed a brand-new alternate helmet while the Carolina Panthers celebrated the end of minicamp with some bouncy-house fun.

This week has been the busiest of the minicamp season, as 17 teams conducted their workouts. Last week saw 12 teams participate in minicamps, with the Miami Dolphins going earlier and the Cincinnati Bengals and Philadelphia Eagles choosing not to have mandatory minicamps.

Here are some snapshots, many from ESPN’s NFL Nation reporters who are on the scene at this week’s activities, from Thursday’s minicamps:

Jump to the best of the day:
Photos | Videos | Quotes

Top news of the day

Bears players wear Brian Piccolo jerseys at minicamp on anniversary of his death
On the final day of mandatory minicamp, all 90 Chicago Bears players wore No. 41 jerseys at practice to honor Brian Piccolo, who died 52 years ago Thursday from cancer. Piccolo, who played for the Bears from 1966-69, was 26 years old at the time of his death in 1970. His close relationship with Bears Hall of Fame running back Gale Sayers was the subject of the movie “Brian’s Song,” which chronicled their friendship as the first interracial roommates in the NFL. The Bears initially planned to honor Piccolo on the 50th anniversary of his death, but the COVID-19 pandemic eliminated offseason practices in 2020.

Lamar Jackson not saying how he’ll handle training camp, season without new contract
Jackson said he spoke with the Baltimore Ravens about his contract situation this week, but the former NFL MVP was noncommittal about whether he would report to training camp or play at the start of the season without a new deal. Jackson, though, expressed confidence when asked if he believed he would play in Baltimore for the rest of his career. “I expect so,” Jackson said Thursday. “So, yes, I do.”

Despite evading questions concerning his contract, Lamar Jackson says he’s confident he will play in Baltimore the rest of his career.

Patrick Mahomes says he was ‘surprised’ by Tyreek Hill’s critical comments
Patrick Mahomes said Thursday he was surprised by the comments made by Tyreek Hill on a recent podcast that were critical of him and the Chiefs. “I’m surprised a little just because I feel like we love Tyreek here,” Mahomes said as the Chiefs finished their offseason program. “We’ve always loved him. We still love him. I saw him out at Formula 1 in Miami. I’m sure it had something to do with trying to get his podcast some stuff and get it rolling.”

Patrick Mahomes shares how he still loves Tyreek Hill after the WR’s comments comparing his former QB to Tua Tagovailoa.

Steelers’ Minkah Fitzpatrick: My duty to perform after signing big new deal
After just a few weeks of negotiations, the Steelers made Fitzpatrick the NFL’s highest-paid safety with a four-year extension worth more than $18.4 million per year. Not only is Fitzpatrick, 25, the highest paid at his position, but the Steelers’ defense is among the league’s most expensive in both cash and cap value. But that money doesn’t motivate the defense to perform, Fitzpatrick said Thursday. Instead, it affirms their duty to perform to a standard expected with a paycheck that large.

On this day 52 years ago we lost Brian Piccolo.

Today, all 90 players are wearing 41 to honor him. pic.twitter.com/OFLIfKAJoJ

How much you wanna make a bet I can throw a football over them mountains? 🤣@jamesproche3 @Lj_era8 pic.twitter.com/01XcaSO7E3

Behind the scenes at Media Day ’22 👀 pic.twitter.com/br59foroiy

RB group taking in the stadium on the last day of minicamp pic.twitter.com/b2vRCJ7ayA

Quotes of the day

Steelers safety Minkah Fitzpatrick, on being made the highest-paid safety in NFL history

This is Lamar Jackson recreating his reaction to the Ravens trading Marquise Brown.

He heard from John Harbaugh that the team was thinking about dealing Brown, but Jackson didn’t initially believe him. 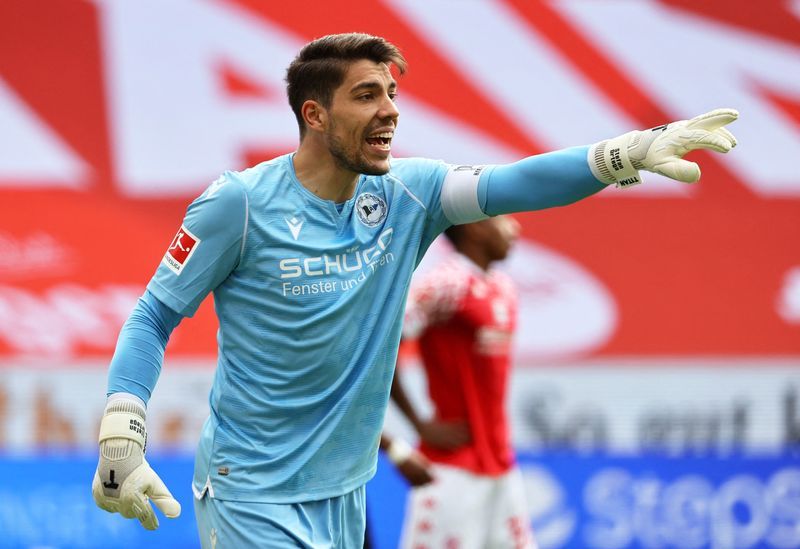