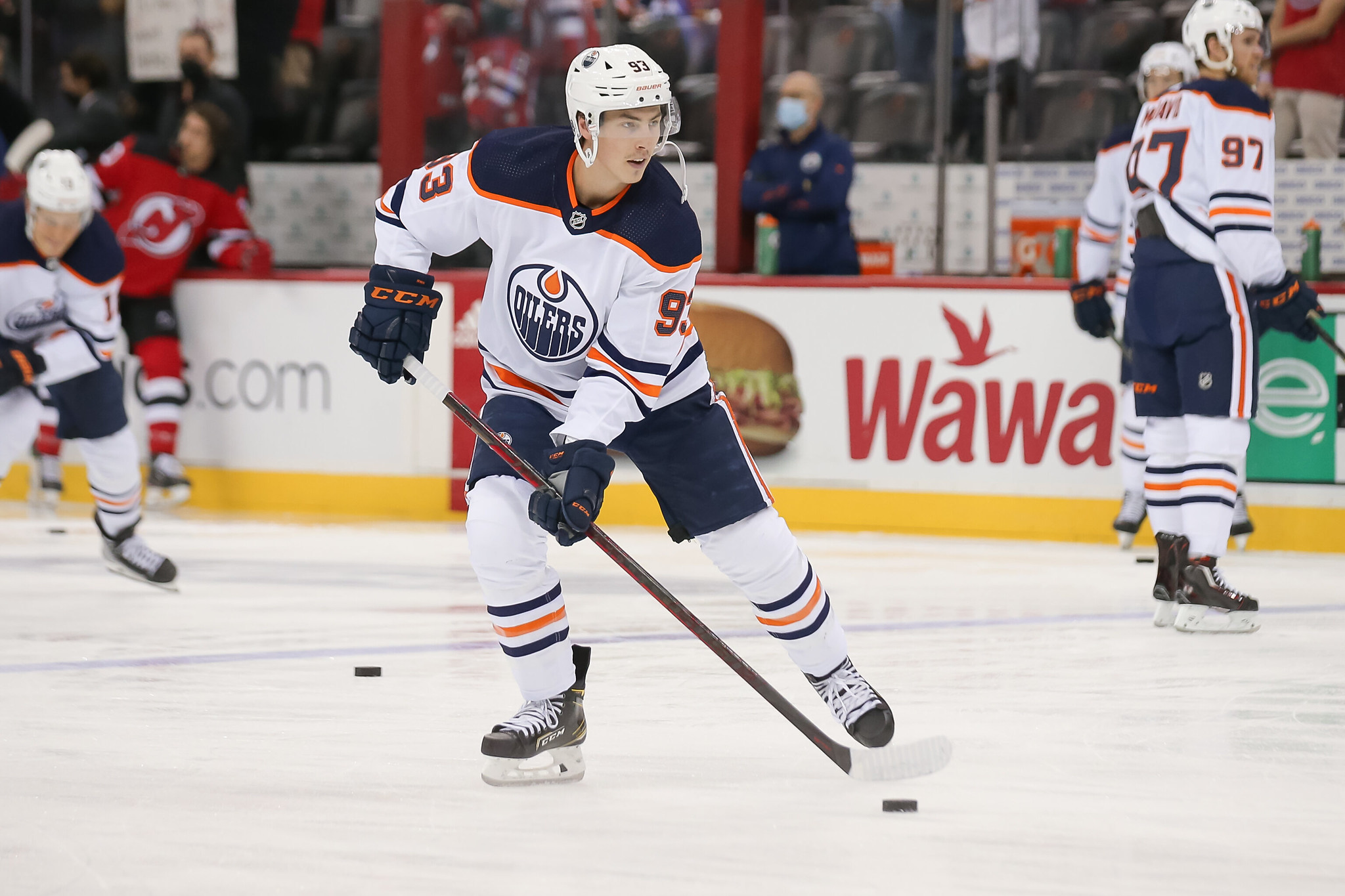 Each offseason NHL.com runs through team resets and summarizes who has left, who has been brought in, fantasy, spin, lines, etc. When they got to the Edmonton Oilers, I compared it to what I had projected for 2022-23 and there are some differences that caught my eye, and not in a good way.

There are more than three differences between what I think the Oilers are going to run with next season to start and what NHL.com has, but we are going to look at the thought process in putting Xavier Bourgault on the top line as a rookie right out of junior, how the third line is assembled, and where Tyson Barrie and Cody Ceci are projected to play.

It is very rare to see a rookie on any team start their career off on the top line, especially on a contender with a strong forward group like the Oilers. That being said, Xavier Bourgault will not start the season off on the top line beside Connor McDavid. Bourgault very well may make the team over another top prospect vying for a spot like Dylan Holloway, but it’s a lot to ask to play top minutes against the top opposing players right away.

Bourgault hasn’t even played a game in the American Hockey League (AHL), nevermind the NHL. He had a stellar junior career and finished his fourth season incredibly strong with 36 goals and 75 points in 43 regular-season games and 12 goals and 22 points in 16 playoff games. He helped his team advance to the Memorial Cup and will turn pro.

What should be the plan, unless he opens eyes at training camp for the Oilers, is to have him spend at least some time in the AHL as they’ve done with Holloway to get them used to the pro level where the stakes aren’t as high. There is also easier competition so that a prospect isn’t rushed to the NHL and loses confidence like we’ve seen in the past by some Oilers players.

Starting with the top nine, the projections look all mixed up. The Oilers need to run with what has worked and who has familiarity with each other. First off, that begins with Ryan Nugent-Hopkins playing on the wing beside Leon Draisaitl and Kailer Yamamoto.

Nugent-Hopkins is more effective on the wing than at centre since there is less responsibility despite his strong defensive play most nights. He isn’t good in the faceoff circle, which is a problem for a team that dominates with control of the puck, especially once the puck is in the offensive end (from ‘OILERS NOTES: Nugent-Hopkins third line has to produce more five-on-five in Game 2,’ Edmonton Sun, May 3, 2022).

The Oilers’ third line isn’t expected to just be idle as it has been in the past. Players like Jesse Puljujarvi and Ryan McLeod are expected to put up points and be strong at both ends of the ice. McLeod also proved in his rookie season in 2021-22 that he is more than capable of being the Oilers’ third-line centre, thus allowing Nugent-Hopkins to play in the top six for now. Once the Oilers get even stronger up front, then we may go back to the discussion of Nugent-Hopkins manning the third line alongside McLeod, but it is too soon and you don’t want to mess with chemistry.

NHL.com projected Zach Hyman to be on the second line. Though he can play on either wing on either of the top two lines, he was very effective with McDavid early in the season and that line needs a speedy, aggressive, puck-retriever who can consistently put up points. Hyman was effective on the second line last season in the playoffs, but that wasn’t beside Draisaitl. The top line was loaded up and Hyman has, without fail, worked very well beside Nugent-Hopkins. The top-six of the Oilers should consist of McDavid, Draisaitl, Evander Kane, Nugent-Hopkins, Hyman, and Yamamoto, whether the typical second line of Draisaitl, Nugent-Hopkins, and Yamamoto are together or not.

The defensive projections were similar except for one blatant standout, Cody Ceci and Tyson Barrie were swapped in the team reset as opposed to the defenders playing in the roles they had last season. Let’s start with what worked. Despite Darnell Nurse playing injured in the playoffs, he and Ceci formed a formidable top pairing leading into the playoffs and throughout the postseason. Barrie played very well in his third-pairing role, though it helped that Brett Kulak was beside him. Regardless, there is only one reason I can come up with to mess with that.

As Barrie won’t have Kulak beside him to stabilize his play and complement him, the success of the third pairing may decrease with the addition of Philip Broberg to that line. The young defenceman isn’t as experienced or defensively strong as Kulak, but he is a top-10 pick and has tons of potential. He is a two-way defender and could surprise.

As for Ceci, he logged a lot of minutes, plays hard and strong, and found chemistry with Nurse on the top pairing since Evan Bouchard settled into the second pairing. Ceci’s cap hit is more justifiable on the third pairing than Barrie’s, but he is more effective at 5-on-5 and played a more impactful role last season. Barrie is more protected on the third pairing, which is better so that he doesn’t get exposed defensively, and even though Broberg would definitely benefit from playing with someone like Ceci, it makes more sense to keep Barrie lower.

How does NHL.com’s projected Oilers lineup compare to what you had envisioned and what would you change? Let me know in the comments below.