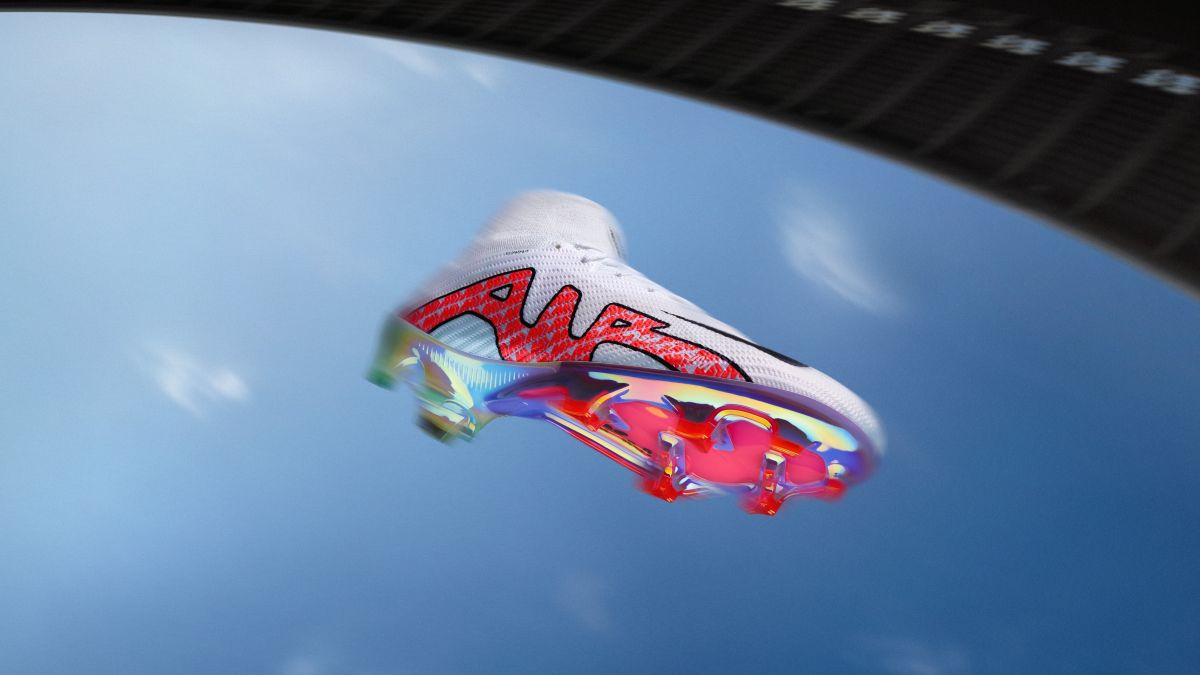 Nike have officially launched their new Air Zoom Mercurial football boot ahead of the 2022 World Cup and Women’s Euros, with stars such as Kylian Mbappe, Cristiano Ronaldo and Ada Hegerberg set to wear them on the biggest stage.

The boots come in three colourways, with the launch model a white and lipstick-pink creation. Branded across the instep is the word “AIR” in graffiti-style writing. Other colourways include a bonded (white, green and orange) design developed for the Women’s Euros, and a yellow and orange version to be released the near future.

Looks aside, the Air Zoom Mercurial offers a range of nifty gadgets, all tried, tested and perfected in the Nike laboratory. These include a new three-quarter-length articulated “Zoom Air bag” built uniquely around the needs of the footballer. The newly designed Vaporposite+ upper features a “Speed Cage” design, a data-driven support system that offers lockdown support where footballers need it most.

The Air Zoom Mercurial also debuts another new feature: a Tri-Star stud pattern. The new stud design helps footballers move laterally as well as downhill for faster play in all directions. This stud pattern will be available on all models. With sustainability in mind, the new boots are made from least 20% recycled content by weight.

The Nike Air Zoom Mercurial will make its debut on pitch in the bonded colorway during all women’s tournament play this summer.