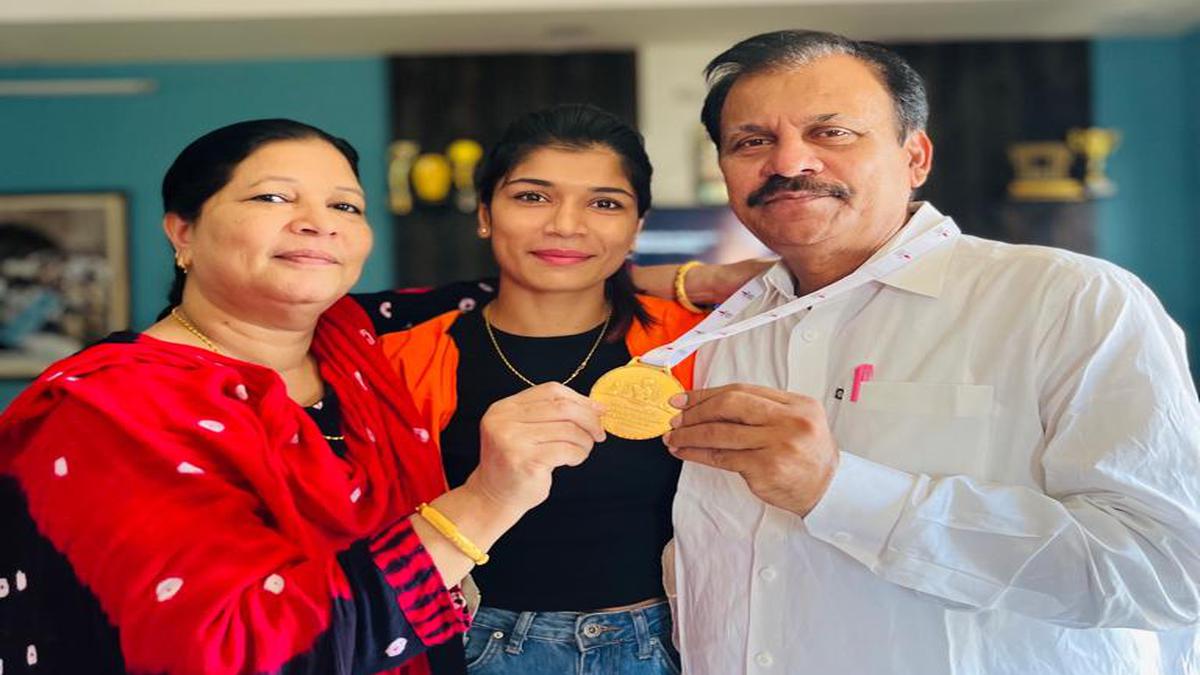 Newly crowned world champion Nikhat Zareen admits it will be impossible for her to break the record of six-time world champion Mary Kom but is determined to “change the colour” of the medal won by her idol in the Olympics.

Mary Kom won bronze in the 2012 Games in London.

In an exclusive interview with Sportstar before leaving for the national camp ahead of the Commonwealth Games, Nikhat says she wouldn’t break Mary Kom’s record as she isn’t likely to compete that long.

“Yes, I am glad I could win a World championship gold in her category (52 kg). Hoping to continue Mary Kom’s rich legacy in women’s boxing for sure. Honestly, the feeling of being a world champion is done and dusted. Now, I am focussing on the immediate target of a Commonwealth Games gold,” said Nikhat, who cut a cake on Sunday to celebrate Father’s Day as a gesture to recognise the immense contribution of her father Mohammed Jameel Ahmed in her career.

“In fact, every day is Father’s Day for me. Such is his influence, inspiration and motivation backed by so many sacrifices,” the 25-year-old said.

“Entering the recent Commonwealth Games selection trials as a world champion was a different feeling. There was certainly the pressure of expectation and I am glad to have won all three bouts unanimously to book the berth. There is now a big change in my attitude, approach to the sport after winning the world championship. I am more confident, have a lot of clarity on what lies ahead and how to handle the different kinds of pressures, especially have a better idea of my strengths and weaknesses and work accordingly. People started appreciating more of my achievements.

“Yes, I want to focus on the 50 kg category because it is easier to lose weight than gain weight by competing in the 54 kg category. And it will be my weight category for the Paris Olympics also. This way I can ensure the desired strength and speed,” Nikhat said.

“Frankly, I never thought I would be a world champion. But, certainly, was chasing this dream after winning the Junior World’s tie in 2011. It feels great to be one now, a result of lots of hard work, ups and downs and so many sacrifices by my parents and family members and coaches. After a long gap, spent happy times with my family at home, had my favourite food Biryani and other spicy items before the serious business of training begins from tomorrow in the national camp,” Nikhat concluded.