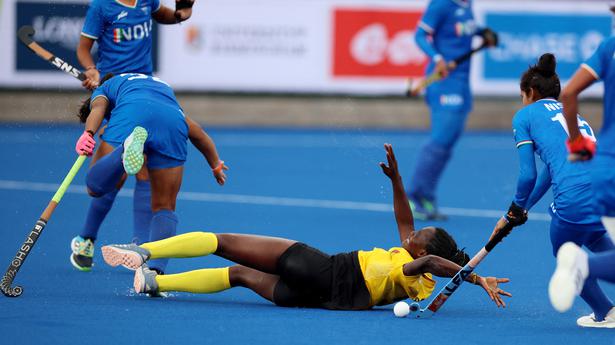 Since 2013, FIH has stopped accounting goals scored via the deflection of a defender’s stick from within the box as an own/self-goal.

The present rule was finalised after the international body trialed a rule in 2012, by which any form of deflection by a defender from a shot by an attacker from even outside the box counted as a goal.

Leading players then, such as Germany’s Moritz Fürste and Australia’s Jamie Dwyer openly criticised this experiment. They felt that this would reduce the game to a game of chance as teams would just fire in shots from outside the box hoping for a lucky touch.

As per the FIH rules , updated earlier this yearm a goal can be scored when the ball is played within the circle by an attacker and does not travel outside the circle before passing completely past the goal line.

The rule allows that the ball may be played by a defender or touch their body before or after being played in the circle by an attacker. But in such a situation, the goal would be credited to the attacker who made the final touch within the box.

Hence, Neha Goyal was credited with the goal, instead of the Ghanaian defender.