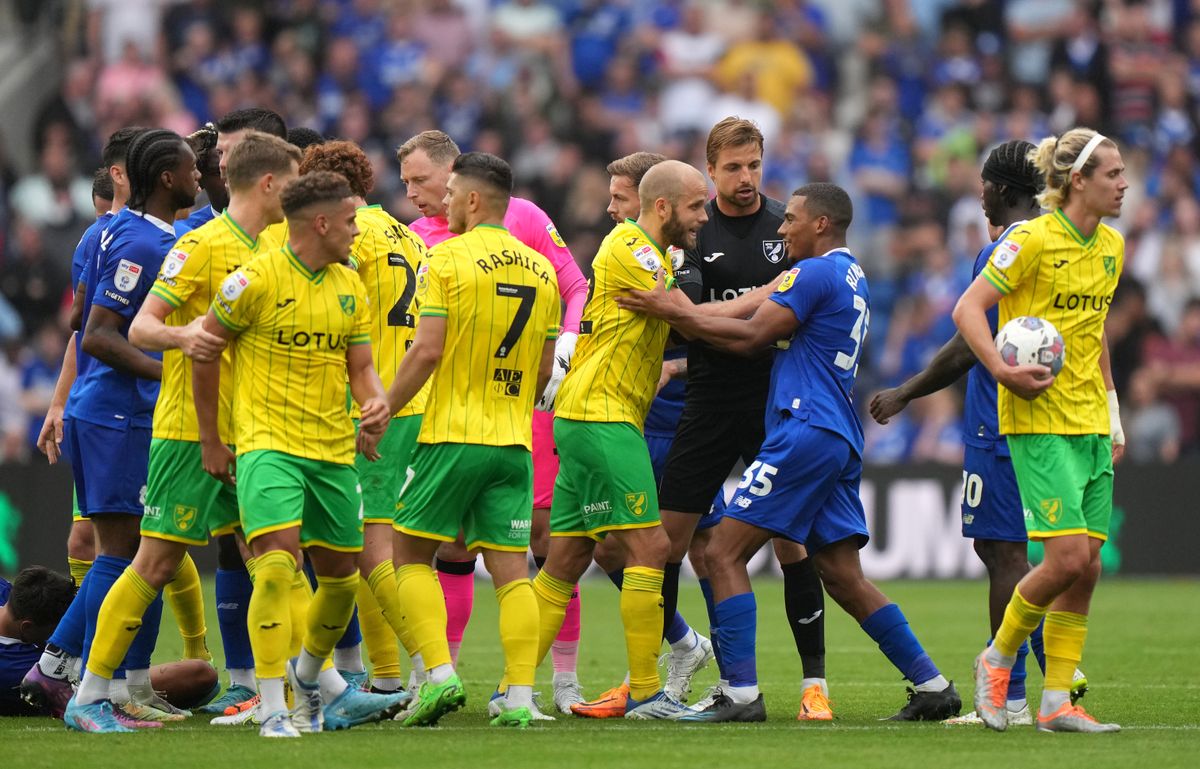 Norwich’s Sky Bet Championship season got off to a poor start as they were beaten 1-0 by Cardiff in a game that saw both teams have players sent off.

The Canaries were relegated from the Premier League last season after finishing bottom and are tipped as one of the favourites to bounce back up.

However, they went a goal down just minutes into the second half when Romaine Sawyers struck on his Bluebirds debut.

Perry Ng was then sent off for a second bookable offence but Norwich were unable to capitalise on the man advantage – which lasted only 12 minutes in any case before captain Grant Hanley was dismissed for picking up a second yellow card.

Charlie Cresswell’s double saw Millwall top of the fledgling table after beating Stoke 2-0 with the centre-half scoring in both halves on his debut.

The Lions sit just above the Tigers in the table after a late goal saw Hull beat Bristol City 2-1.

Andreas Weimann continued his goalscoring form from last season to put the Robins in front at the half-hour mark but Hull came from behind to earn their first three points of the season thanks to Ozan Tufan’s second-half penalty and Jean Michael Seri’s deflected stoppage-time strike.

Blackburn also got off to a winning start as Lewis Travis’ goal made the difference to beat QPR and Callum Connolly scored in the ninth minute for Blackpool to secure a 1-0 win against Reading.

Swansea came from behind to draw 1-1 with newly-promoted Rotherham at the AESSEAL New York Stadium.

The Millers came second in League One last season and took the lead through Chiedozie Ogbene 16 minutes in before Harry Darling pulled one back 20 minutes later to share the spoils.

Last season’s League One champions Wigan picked up a point after being held to a goalless draw against Preston, who had Ched Evans dismissed late on, while Luton were also held to 0-0 draw by Birmingham.