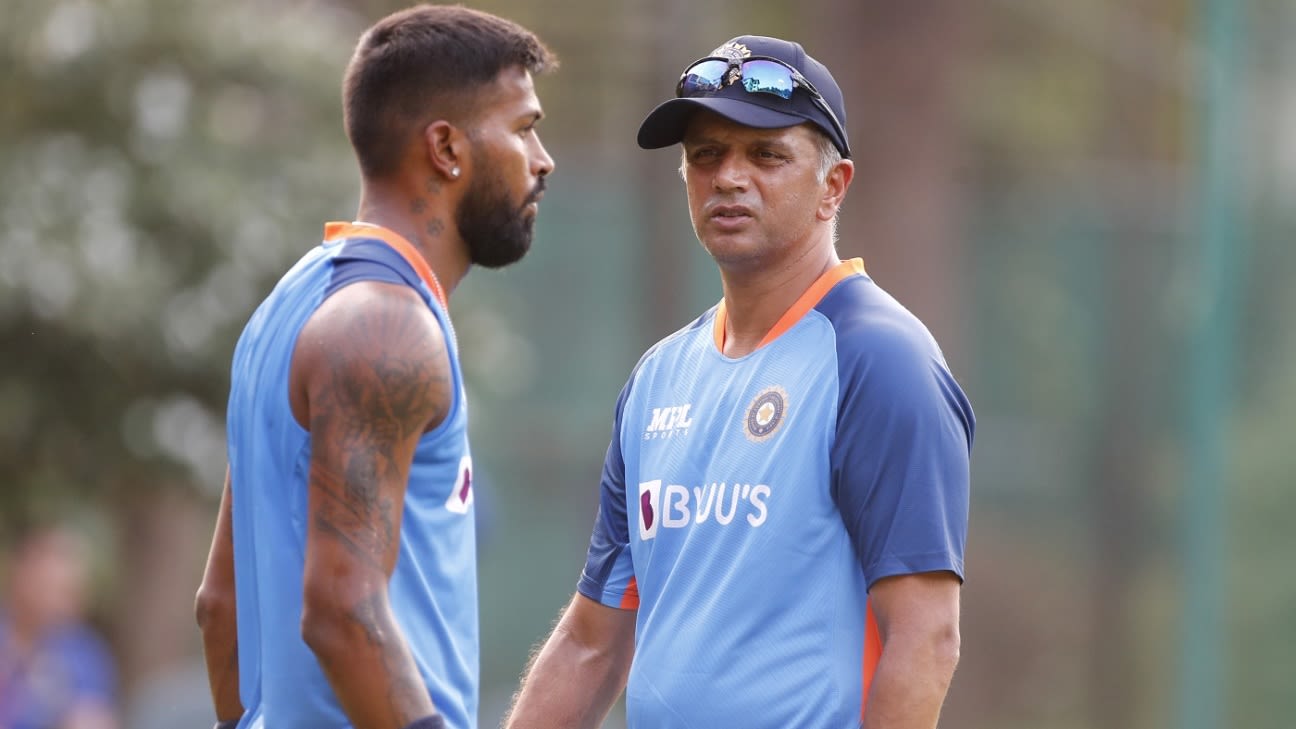 R Ashwin has defended India head coach Rahul Dravid being given a break from the ongoing tour of New Zealand, highlighting the physical and mental strain that the team has been in since they began building up to the 2022 T20 World Cup.
In Dravid’s absence, former India batter and current head of the National Cricket Academy VVS Laxman is in charge of a newer-looking Indian team that is without regular captain Rohit Sharma, Virat Kohli, KL Rahul, Mohammed Shami and Ashwin himself.

“I will explain why Laxman has gone there with a completely different team because even that could be interpreted differently,” Ashwin said on his YouTube channel. “Rahul Dravid and his team put in extensive hard work ahead of the T20 World Cup – right from planning. Since I saw this from close quarters, I’m saying this.

“They had specific in-depth plans for each venue and each opposition. So they would have been under not only mental but also physical burnout, and everyone needed a break. As soon as the New Zealand series ends, we have the Bangladesh tour. That’s why we have a different coaching staff led by Laxman for this tour.”

India made the semi-finals of the T20 World Cup, winning four out of six matches, but went down to eventual champions England.

Dravid’s immediate predecessor Ravi Shastri had questioned why an India coach would need a break especially when they get “two-three months” off during the IPL.

“These breaks… what do you need that many breaks for to be honest?. You get your two-three months of the IPL; that’s enough for you to rest as a coach. But other times, I think a coach should be hands on – whoever he is.”

Dravid had been rested for a tour of Zimbabwe earlier this year as well. Before that, he and a number of other first-choice players were allowed to focus on a Test match in England while a second-string T20I squad played against Ireland in Dublin. And, this October, while India’s T20 World Cup squad was in Australia, a set of fringe players were involved in an ODI series at home against South Africa. On all these occasions, Laxman had filled in for Dravid.
India’s tour of New Zealand consists of three T20Is and three ODIs, the last of which will be held on November 30. Four days later, they will be in Bangladesh, with Dravid likely to be back at the helm, for a series that involves three ODIs and two Tests.