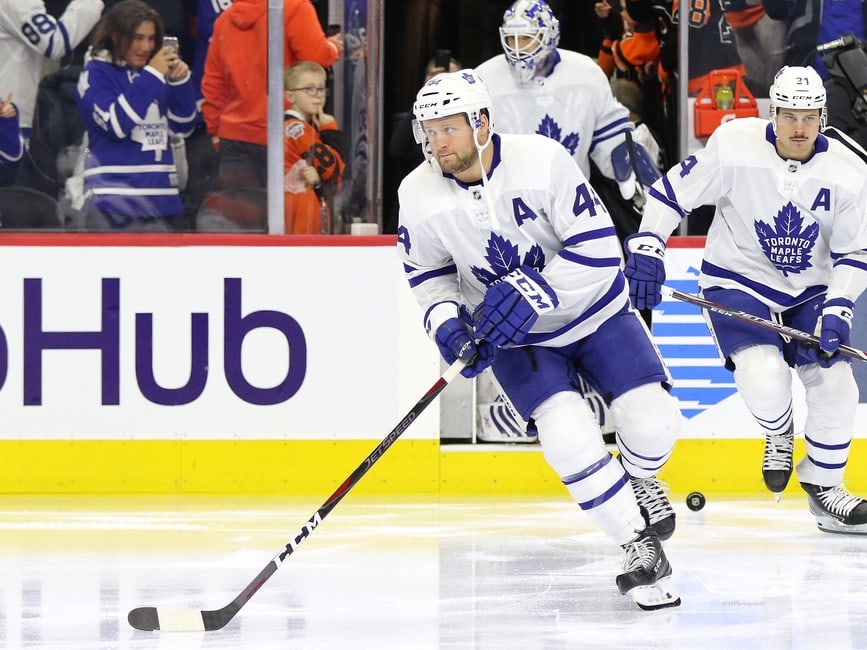 In today’s NHL rumors rundown, Ken Holland spoke about the Edmonton Oilers’ depleted roster and the status of goaltender Mike Smith. Meanwhile, the Maple Leafs continue to get hit hard by the COVID protocols. Zach Senyshyn of the Boston Bruins has asked for a trade and four NHL scouts examined what the New York Rangers might be looking for prior to the NHL trade deadline.

While he hopes the NHL will take a look at the idea of a 10-day salary cap relief system for COVID-positive players, Edmonton Oilers general manager Ken Holland has other immediate issues to address for his team. Among them, what to do about their goaltending because he’s “not sure where Mike Smith is at yet.”

Holland noted that Smith was practicing and they thought he was close, and now the team is into a week-long break. He said, “So I’m not sure if he will be ready to go on the 27th, but we’re hoping he’s going to be ready to go shortly thereafter.” He added, “If Mike’s not ready to go, we’ll figure something out. But we’re going to have some real cap challenges having so many players out because of COVID.”

Among the players the Oilers won’t have available when their games resume on the 27th are Duncan Keith, Darnell Nurse, William Lagesson, and Jesse Puljujarvi. The team expects to get Ryan Nugent-Hopkins, Devin Shore and Ryan McLeod back in time to start playing once the break ends.

Holland said the team has already decided to call up Dmitri Samorukov and Philip Broberg to help fill in on the left side of the Oilers’ empty blue line.

Why Zach Senyshyn Has Asked the Bruins for a Trade

According to Mark Divver of Rinkside Rhode Island, Bruins’ prospect Zach Senyshyn has told the Bruins through his agent that he’d like to be traded and would appreciate the opportunity for a fresh start somewhere else. Senyshyn feels like the Bruins haven’t given him the opportunity to play in the NHL and he doesn’t believe he’s on the organization’s radar to get an opportunity anytime soon.

Senyshyn said, “I feel like my game has gotten to that level where I’m ready to play and I’m ready to make an impact. With the way the Bruins organization has been going, it just doesn’t seem like I’m in the mix.” He added that based on where he was drafted, there’s a lot of pressure that has come with being picked so high and unnecessary backlash with the media. He called it “a lot emotionally.”

Senyshyn is the second player from that 2015 draft class to ask for a trade from the Bruins. Jake DeBrusk also asked for a trade earlier this season. If the Bruins do move him, they’ll have to be ok with the knowledge they’ll be selling at a loss. They won’t get anything close to a first-round selection in return.

Arthur Staple of The Athletic detailed what four NHL scouts viewed as the greatest needs for the Rangers heading into the deadline. Near the top of the list were a veteran, third-pairing defenseman and a right-winger who ‘plays a responsible game’ and would allow other players on the roster to play in their right spots.

Staple quotes one scout who said:

You think about what the Islanders did in adding (Andy) Greene, putting him with (Noah) Dobson. Maybe you look for someone like Greene and, if Lundkvist is the right guy there, you have a bit better mix than what you have now.

The list keeps getting longer for the Maple Leafs of players who are on COVID protocol. On Thursday the team added defenseman Morgan Rielly to the list, along with another staff member. The team now has 12 players, three coaches and four members of the support staff being quarantined.

As for what the roster will look like, Steve ‘Dangle” Glynn took a look at the projected lineups coming out of the break and noted the following:

He does mention the Leafs will get Mitch Marner back but it’s hard to envision how the Maple Leafs will be ready to go coming out of the holiday break. There were jokes on Dangle’s timeline that the Protocol guy was very versatile and is being asked to play multiple roles for the team.