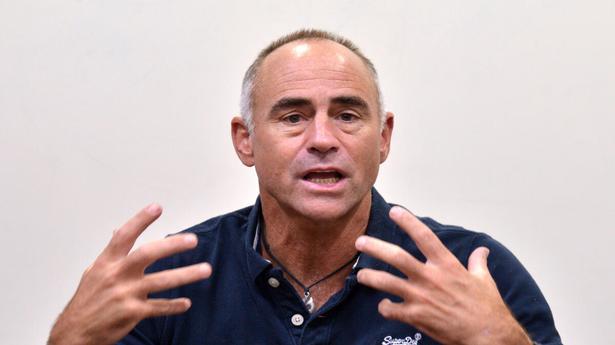 The Board of Control for Cricket in India (BCCI) has roped in mental conditioning expert Paddy Upton to work with the senior team till the T20 World Cup, to be held in Australia in October-November.

Several sources in the BCCI confirmed to  Sportstar about the development and indicated Upton will be joining the Indian team in West Indies for the T20I series. He will work closely with the Rahul Dravid-coached team till the ICC showpiece event later this year. Upton, however, was not available for a comment at the time of publishing the story.

Upton was previously associated with the Indian team and played a key role in guiding the team to its World Cup title in 2011. This publication understands that the request to involve Upton with the team was made by the team management keeping the T20 World Cup in mind. The Indian team hasn’t won an ICC event since 2013 and under Dravid, the team wants to battle the odds and clinch the title.

The team management, it is understood, discussed with the BCCI office-bearers about the importance of having a mental conditioning coach with the team leading up to the major ICC event. “The team management felt that Paddy’s experience will help the players and that’s why he was roped in by the Board,” the source said.

Having worked with Upton first in the Indian team and later with Rajasthan Royals and Delhi Daredevils, Dravid shares a good rapport with the South African. Even Dravid had heaped praise on Upton in the latter’s book.

“Paddy is a thought leader. He brings a unique approach and relevant approach to cricket and life,” Dravid had written.

After pocketing the ODI series, India will begin its T20I campaign against West Indies later this week.