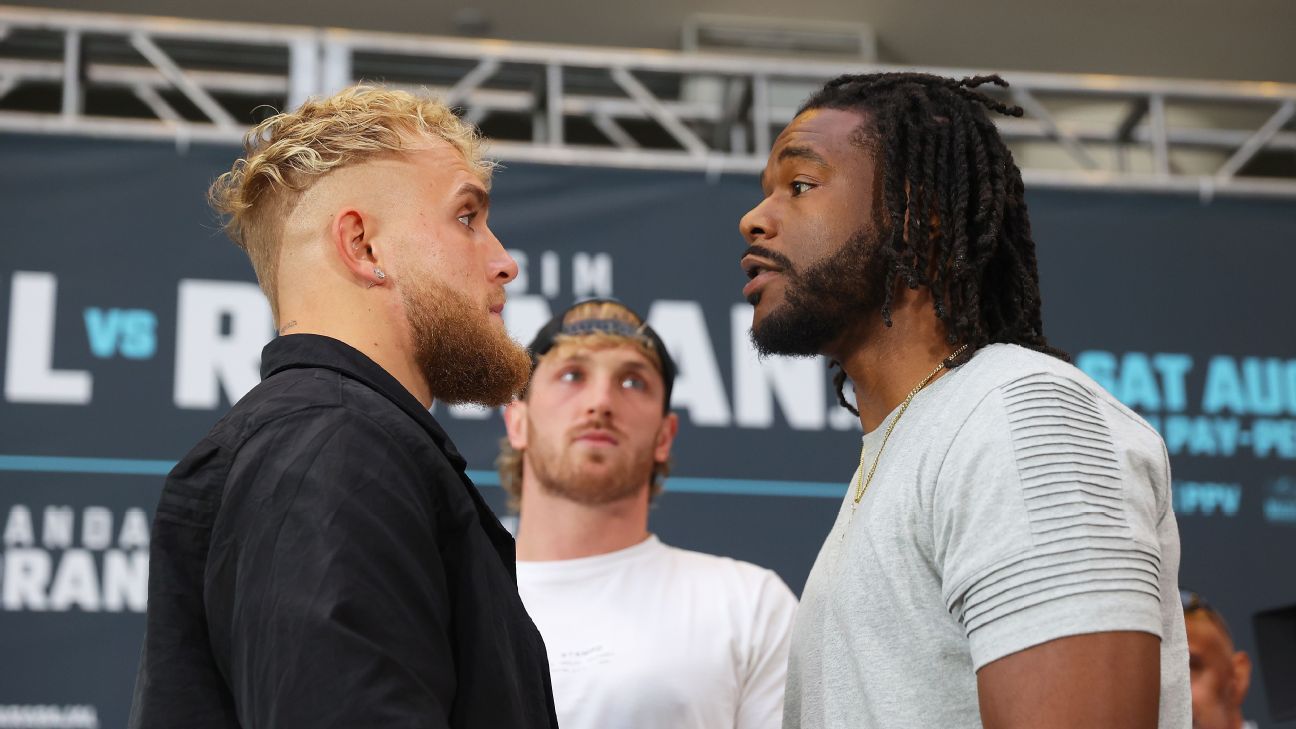 The scheduled Aug. 6 boxing pay-per-view card headlined by Jake Paul and Hasim Rahman Jr. has been canceled due to a weight issue with Rahman, Paul’s Most Valuable Promotions (MVP) wrote in a statement Saturday night.

The event was to take place at New York’s Madison Square Garden.

According to MVP’s statement, Rahman’s camp told Paul’s team Saturday morning that Rahman planned on weighing in this coming Friday at 215 pounds. Rahman had originally signed a contract for a bout at 200 pounds, and the statement said Paul was willing to compromise to do the fight at 205 pounds. The MVP statement read that Rahman’s camp said its fighter would withdraw from the fight if the bout was not at 215 pounds.

“MVP and Jake Paul will not reward someone that has conducted themselves in such a deceiving and calculated manner,” the statement read. “Therefore, MVP is left with no choice but to cancel the August 6th event. This forced outcome impacts Jake Paul, Amanda Serrano and every other fighter on this card who have trained tirelessly over the past few months for this event. The boxing community must hold Hasim Rahman Jr. liable for his lack of professionalism.”

A Rahman representative declined comment on the matter to ESPN on Saturday night.

Serrano, one of the top women’s fighters in the world, was scheduled to fight Brenda Carabajal in the co-main event of the card.

According to the MVP statement, Rahman signed an agreement to fight at 200 pounds July 6. At that time, Rahman provided evidence of his weight to MVP and the New York State Athletic Commission (NYSAC) that he wouldn’t be losing more than 10% of his weight between then and the bout. Rahman, a heavyweight, last fought at 224 pounds in April and had weighed as much as 269 pounds as a pro.

On July 7, according to MVP, Rahman weighed 216 pounds and he and his team had provided assurances that he was on track to make the weight. In interviews with ESPN over the past two weeks, Rahman and his father, Hasim, both expressed confidence that making the weight would not be a problem.

MVP’s statement said Rahman provided a signed statement from a nutritionist that his weight was progressing, per the NYSAC rules, which included weekly weight checks.

“In the last 48 hours, it has become clear that these assurances were not made in good faith,” MVP’s statement read.

MVP’s statement said that in an NYSAC weight check Friday, Rahman had lost less than one pound since signing for the bout in early July. The commission, MVP said, declared it wouldn’t sanction the fight at less than 205 pounds, which Paul was willing to agree to. A new contract was then sent to Rahman’s team, according to MVP, with the weight alteration and imposing strict penalties if Rahman missed the weight.

“Upon receiving this new contract Saturday morning, Rahman’s camp indicated for the very first time that he planned to weigh 215 lbs. at the official weigh-in and would not agree to weigh-in at 205 pounds and informing Most Valuable Promotions that they are pulling out of the fight unless the fight was agreed to at 215 pounds,” the statement read. A request for comment to the NYSAC on Saturday night was not immediately returned.