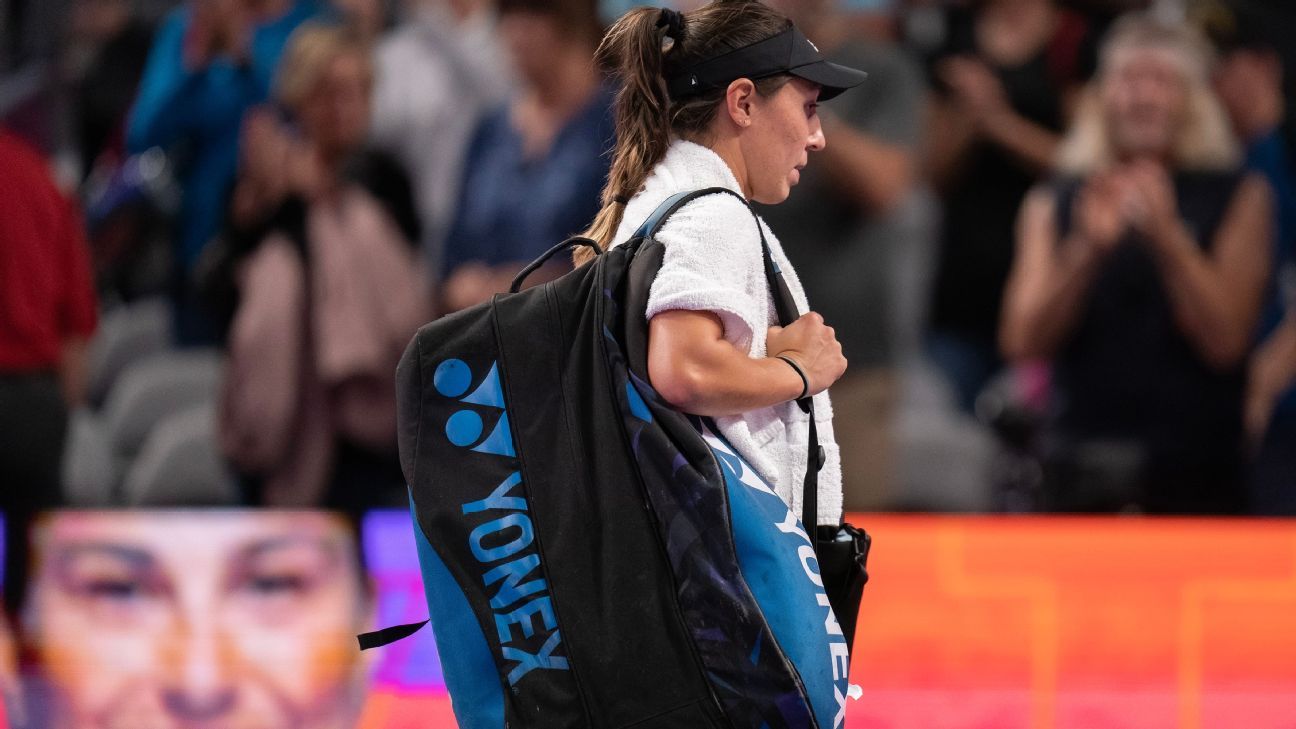 Sabalenka had to wait for the outcome of the late match between No. 2 Ons Jabeur and fifth-ranked Maria Sakkari to see if she advanced to the semifinals. Sakkari has already clinched a spot.

Sabalenka didn’t get out of the group stage in her WTA Finals debut last year in Guadalajara.

The third-ranked Pegula was 0-5 overall going into a late doubles match with partner Coco Gauff, who lost her first two singles matches on the indoor hard court at Dickies Arena.

They paired to become the first Americans to debut at the WTA Finals in singles and doubles since Lindsay Davenport in 1994. They’ve already been eliminated from group play in doubles.

No. 7 Sabalenka never trailed in overpowering the 28-year-old Pegula from the start, finishing with a 26-13 edge in winners and five aces.

The hard-hitting Sabalenka had three double-faults in each of Pegula’s two breaks in the second set, but closed out the match on Pegula’s serve with a backhand crosscourt winner.

It was the fourth consecutive straight-sets win for Sabalenka over Pegula since Pegula won their first meeting.

American Desirae Krawczyk and Demi Schuurs of the Netherlands advanced to the semifinals in doubles with a 7-6(2), 6-3 victory over China’s Xu Yifan and Yang Zhaoxuan.

The Czech duo of Barbora Krejcikova and Katerina Siniakova is already in the semifinals, facing Pegula and Gauff later Friday.