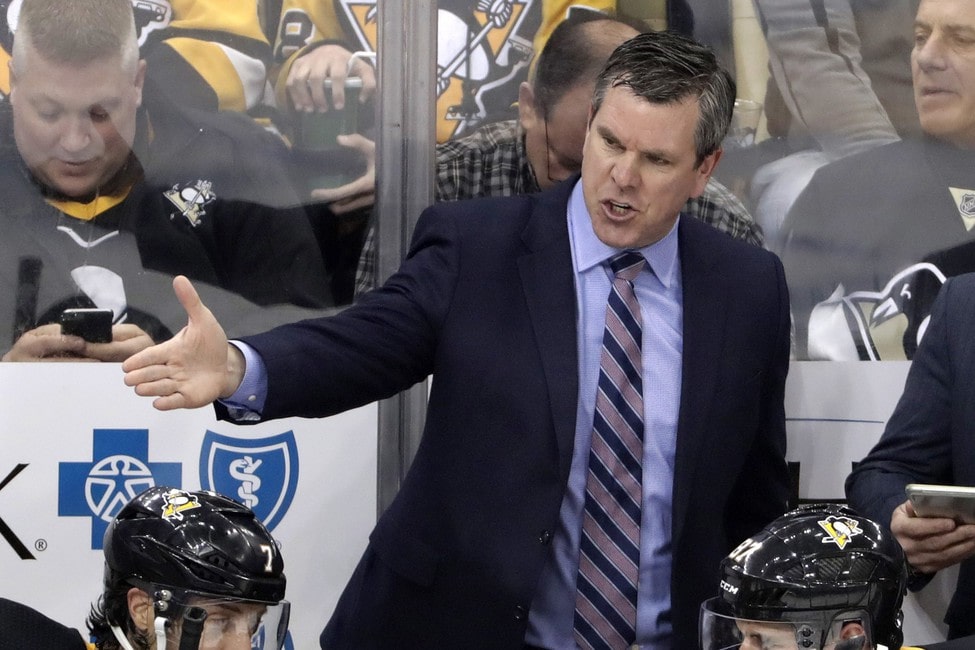 After starting the season 4-0-1, the Pittsburgh Penguins were on a roll. They went on to outscore their opponents 26-11 through those games while scoring six goals in all four of their wins. When looking at the box score, fans may see success; however, that couldn’t be further from the truth with this Penguins team. When analyzing those first five games, there were clear patterns in the play of the team that would indicate that things were not what the seemed to be. This analysis gave a look at what the next six games would entail for the Penguins and, boy, has it not been pretty as they have dropped to 4-5-2. Here are the four areas that must be cleaned up in order for the team to get back on track in the win column.

To start the season, the Penguins have a penalty kill that ranks 28th in the NHL at 71.1 percent. This is an awful number, but what makes it even worse is that they have allowed a power-play goal in 81 percent of the games that they have played this year. This comes after they ended the 2021-22 NHL season with a penalty kill at 84.4 percent, which was good for third in the league. So, what is going on? To start, the team has desperately missed Teddy Blueger, as he is far and away their best penalty killer. He has been sidelined for the first part of the season with an undisclosed injury that he sustained in training camp.

In addition, the penalty kill has declined since Zach Aston-Reese departed in the Rickard Rakell trade. Out of 230 players that played 100-plus minutes on the penalty kill during the 2021-22 NHL season, Aston-Reese ranked 10th in the NHL in high-danger scoring chances against (HDCA) and 16th in the NHL in expected goals against (xGA). His departure has certainly had negative effects on areas of this hockey team that many people may not have expected.

If you have been paying attention to the career of Dumoulin, it may not surprise you how he has significantly regressed. What used to be a rock-solid defensive D-man has turned into a black hole for the Penguins the past two seasons. In 2019, Dumoulin had surgery on his ankle, and then in 2022 he tore his MCL. Both of these injuries have affected his game to the point where he is actively hurting the team. From being out of position constantly in the defensive zone to bringing no offense, his time is starting to tick. Unfortunately, the coaching staff does not see this issue yet although it is glaring. For example, what is he doing on this goal against?

Dumoulin is currently playing 20:45 per game, which is 95th in the NHL. What is even more concerning is that he has been on the ice for 21 goals against out of the 41 goals the Penguins have let up (51.2 percent). No other player in the entire league has been on the ice for more goals against to start the season. With Dumoulin on the ice, the Penguins have given up 208 shot attempts at 5-on-5 which is 12th most in the NHL. His minutes must be reduced, or he has to start playing better if this team wants to improve on the defensive side of the puck. If they had cap space, Ty Smith could be a great option to plug into a left defense spot, so Dumoulin can play less.

At the start of the season, it looked like Tristan Jarry was going to pick up where he left off last season. Through the first five games where the Penguins went 4-0-1, Jarry had a .941 save percentage (SV%) and played four games. Casey DeSmith only played one game, but he had a strong showing, posting a .923 SV% in an overtime loss to the Montreal Canadiens. This outstanding play took a turn for the worst for both goalies during the six-game losing streak. Both goalies have looked small in the net at times, and are not making saves when the team needs it most.

During the losing streak, Jarry is 0-2-1 and has given up 16 goals and posted a .860 SV%. When looking at goals saved above expected, Jarry is sitting at minus-4.82 for those three games. This means that he has let in approximately 4.8 more goals than the average goalie would have on the same shots that he faced.

DeSmith is 0-3-0 and has given up 10 goals while posting a .896 SV%. Although his numbers have been a little better than Jarry’s, it is still unacceptable for a team that is desperate for wins. During this time, DeSmith has saved minus-1.8 goals above expected.

Perhaps the most noticeable issue facing the team is their inability to string together a consistent game. This is the biggest issue because even when the Penguins were winning games to start the year, they got severely outplayed for portions of the game. They beat both the Los Angeles Kings and the Columbus Blue Jackets, but in the first period of both games, they only had 24 shot attempts while giving up 49. This issue has been constant throughout their losing streak as it was foreshadowed in these two games that they won.

The Penguins aren’t expected to play outstanding for 60 minutes, but when they are getting outplayed, they need to be able to keep a level head and stay in the game. In the second period vs. the Edmonton Oilers, the Penguins had nine shot attempts while giving up 30, and it cost them the game. The very next day in Calgary during the first period, the Penguins had 14 shot attempts while giving up 26, which also cost them the game as Calgary scored two goals during this time.

The Penguins will need to clean up all four of these areas if they want success in the Metropolitan Division and it starts with their next game vs. the Seattle Kraken.

Jake Decker has recently graduated with a Master’s in Sports Management from Florida Atlantic University. As an avid fan of the Pittsburgh Penguins and Analytics, he will be writing for the Pittsburgh Penguins and combining those Analytics into his pieces to give a unique perspective on lines, players, and trades. With a well known Twitter account within this Penguins community, he has worked hard to gain a strong following. Currently, Jake works with Sportradar and the Florida Panthers as a Data Journalist, in which he attends home games and tracks statistics that occur throughout the game such as goals, shots, penalties, puck location, and other interesting metrics.