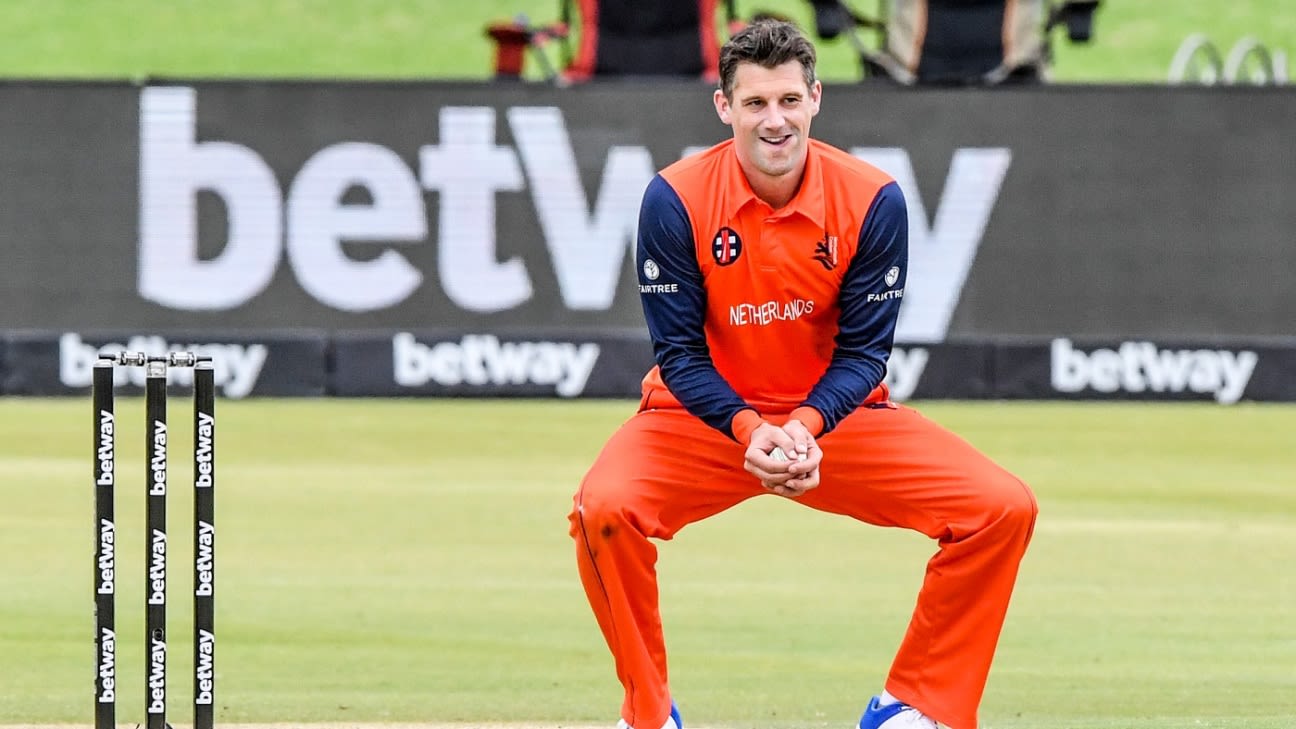 Pieter Seelaar, the Netherlands’ captain, says he has learned to live with the absence of leading Dutch players from his squad, with at least three first-choice players due to play in the T20 Blast rather than featuring in Friday’s marquee first ODI against England in Amstelveen.

In theory, the KNCB (the Dutch board) can force counties to release players under the ICC’s “mandatory release” protocols but, in practice, players are unwilling to jeopardise their county contracts by missing large parts of the English domestic season. Klaassen, who will fly to Amsterdam on Wednesday morning before the third ODI after playing in the Blast for Kent on Tuesday night, described the situation as a “juggling act”.

“It’s a question I’ve had to answer now on a number of occasions,” Seelaar said on Thursday. “It is frustrating, but you kind of get to live with it. We’ve played four [full] series in the Super League and you always want to have the best players available at all times which is, unfortunately, not true.

“But it also created opportunities for other guys and I think we showed in the West Indies series that we can still be competitive without having – arguably – our best side out. That comes with heart from the guys who want to show how good they are and what they can do at this level. It’s frustrating, but it’s something we deal with.

“It’s a tough one. We play cricket on a semi-pro basis, rather than a professional basis, whereas the guys who play in England, it’s their livelihood. Is there something different that can be done about it? Well, if you take away all the politics, then everyone should be playing at the highest level possible.

“If you’re playing against England, you can’t get any higher than that. It would have been nice to have them but that’s not how it works nowadays. If something could be changed that would be nice, but I guess it’s very tough.”

Seelaar described the prospect of playing against the defending world champions as “incredibly exciting” and said that the Netherlands would take heart from the fact that Scotland, a full associate nation, beat England in 2018 at the Grange – particularly because that game was played on an excellent batting pitch.

“It was a game on true merit,” he said. “It wasn’t one of those dodgy wickets. It shows where Associate cricket as a whole has come to. When I started playing in 2005, it was a very different level, As Associates, we used to be happy to be on the park against these teams whereas now we look to compete.

“If I said we were looking to win this series 3-0, I would be stupid, but in saying that, we’re looking to compete in these three games. That game has shown not only us, but every aspiring cricket country that it is possible, but everything needs to go your way.”

Eoin Morgan, his counterpart, and Adil Rashid both made their England T20I debuts in the 2009 game, and Seelaar said that a third win at some point in this series would be a “fantastic” achievement. “It might be a scar for England but for us, it’s just joyful memories,” he said.