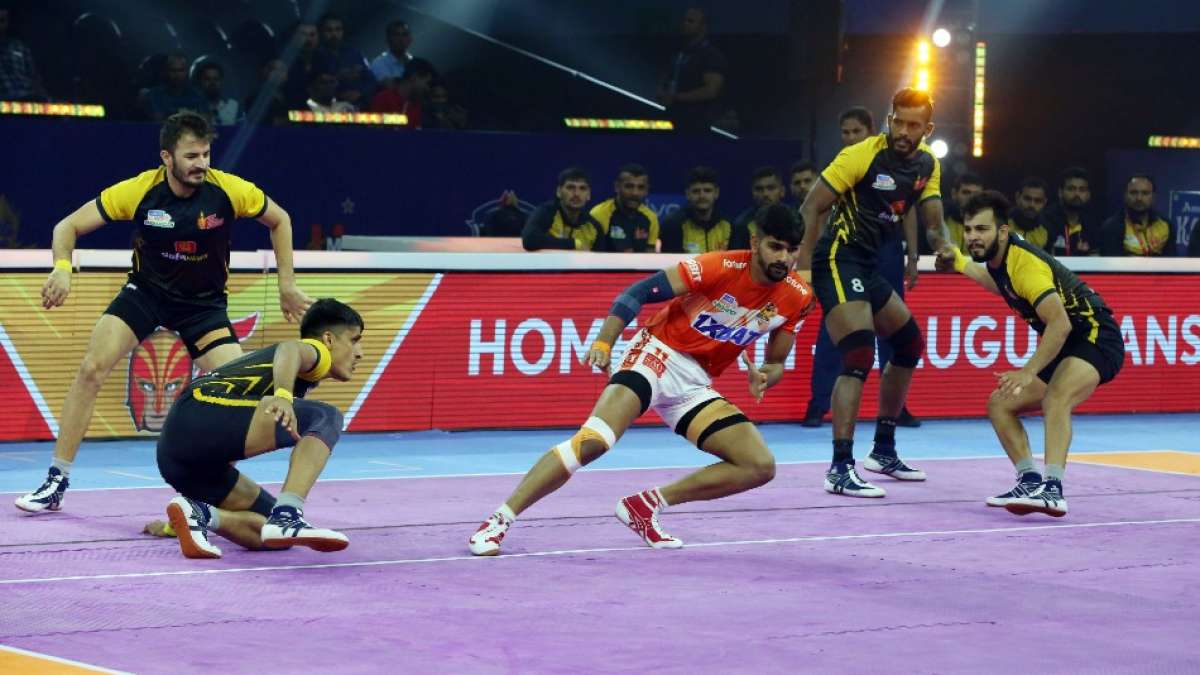 Parteek has emerged as one of the team’s most reliable players in the ongoing season, his first in the Pro Kabaddi League (PKL), with his eyes firmly set on the PKL title. Although the day of the PKL championship match is some time off, Parteek’s steady performances have earned him praise from coach Ram Mehar Singh.

“The young players are very determined to perform well at this level. There are many players like Parteek Dhaiya and Rakesh, who have come out of the New Young Players (NYP) programme. Nothing could be better for any team, if the players from the NYP programme played in the first seven,” Singh said after the Giants defeated the Bulls.

Parteek is not new to the sport and was introduced to Kabaddi by the decorated Indian player and his uncle, Deepak Niwas Hooda.

“My inspiration is my uncle Deepak Niwas Hooda. I have learnt Kabaddi from him. My father and uncle handled all of my concerns and always supported me. They always kept me away from all the problems. My family expected me to do better than them. So, there was pressure at home in that sense,” Parteek said.

“My uncle helped me train individually. He would ensure I maintain high levels of fitness and work on my movements, while my coaches used to help fine-tune my game.”

The dynamic all-rounder, who has been around Kabaddi for many years, admitted that doing well in the sport was his sole goal from the start, with academics and school often taking a back seat when training sessions were on the agenda.

“Apart from Hindi, one of the things I looked forward to in school was playing Kabaddi. Whenever I need motivation, I practise and try to work on my game because my uncle always told me that putting in more effort will help me become a better athlete,” he said.

Close friends with teammate and defender Rinku Narwal, Parteek, who hasn’t had the smoothest journey during the formative years, is hopeful of realising his father’s dream – wearing the India colours.

“My father wanted to see me play for India and I hope my performances with the Gujarat Giants in the PKL will help me make it to the Indian team and then the Asian Games. I want to take advantage of the PKL’s big platform and opportunity to compete against the best players in the sport to advance my career,” he signed off.

For Parteek and the Gujarat Giants, who recently had a day out in Pune, the next assignment pits them against the Bengal Warriors on Saturday, 12 November.